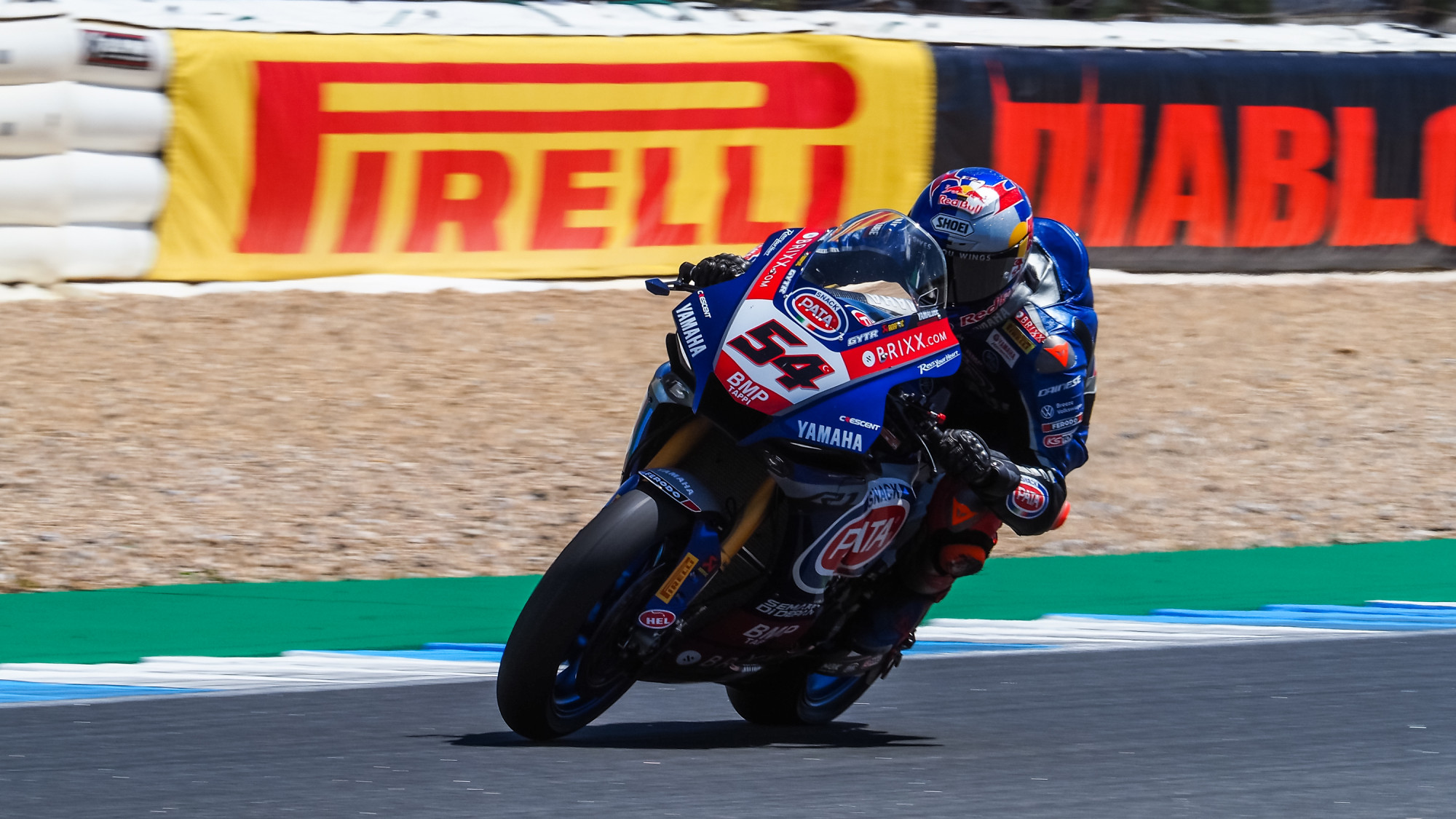 The 2021 MOTUL FIM Superbike World Championship takes to the Circuito Estoril this weekend and after a sunny opening Friday to start the weekend, patterns are already emerging. Toprak Razgatlioglu (Pata Yamaha with BRIXX WorldSBK) was shining brightly like in 2020, but the opposition are right behind him with very little to split them going into the remainder of the weekend, with three different manufacturers inside the top three.

TOPRAK ON TOP, FIVE AT THE FRONT

Toprak Razgatlioglu (Pata Yamaha with BRIXX WorldSBK) was once again on fine form in the hotter afternoon session at the Circuito Estoril, with the Turkish rider putting in a strong run of fast laps to head the majority of FP2 and therefore, both sessions, despite a closing-stages off-track excursion. Teammate Andrea Locatelli was also looking in good shape, with the Italian rookie quietly chipping away and making progress throughout day one. With both the factory Yamahas looking in-form and one at the head of the field, it is a strong start to one of the favourite manufacturers this weekend.

Scott Redding (Aruba.it Racing – Ducati) put together a 19-lap run on the SCX tyre throughout the afternoon, with numerous laps inside the 1’37s bracket. The British rider was second in FP2, and second overall on the combined times, as he aims to cement another challenge to the top this weekend. Teammate Michael Ruben Rinaldi had it a little bit quieter in the afternoon, as he improved his time and dipped into the 1’37s, placing third in FP2 with a final flying lap to propel him up the order and to fifth overall.

Championship leader and reigning six-time World Champion Jonathan Rea (Kawasaki Racing Team WorldSBK) placed third overall and fifth in the afternoon session, as he got about dialling himself into the Circuito Estoril layout. He had good company though, as Alex Lowes (Kawasaki Racing Team WorldSBK) took fourth place overall behind teammate Rea, with the Kawasakis not on top after the opening day of action, much like MotorLand Aragon. Both riders are relying on their morning time, as neither improved in the afternoon session.

CHARGE OF THE INDEPENDENT BRIGADE

Leading the charge for the Independent riders was Garrett Gerloff (GRT Yamaha WorldSBK Team), with the American once again shining on his way to sixth overall. However, he was joined by three other Independent riders in an opening day that showcased great pace from the non-factory entrants. Eugene Laverty (RC Squadra Corse) had his best day of the season so far as he placed seventh overall, ahead of Chaz Davies (Team GoEleven) and Jonas Folger (Bonovo MGM Racing), both of whom were eighth and ninth combined. For Davies, the afternoon session saw him suffer a technical issue, meaning he missed the majority of the session. Completing the top ten overall was the top factory BMW and Tom Sykes (BMW Motorrad WorldSBK Team), although he crashed at Turn 1 in FP2. Axel Bassani (Motocorsa Racing) and Isaac Viñales (ORELAC Racing VerdNatura) will hope to be in the fight for the Independents as they were 17th and 19th respectively.

There were all sorts of issues for Michael van der Mark (BMW Motorrad WorldSBK Team), as he missed almost the entirety of Free Practice 1 in the morning, before having a clearer run at things in the afternoon to finish 12th overall. Alvaro Bautista (Team HRC) crashed not once, twice but three times throughout the course of the day, as he suffered one of his worst Fridays to finish 15th on the combined times. Teammate Leon Haslam didn’t do much better, as he was only 13th.

3rd crash of the day for @19Bautista!

What a bad start to the weekend at #EstoriWorldSBK pic.twitter.com/aEuoghwHYQ

Tito Rabat crashed at Turn 4 in FP2 on his way to 14th overall, but it was Kohta Nozane (GRT Yamaha WorldSBK Team) who was 18th but suffered a huge crash at Turn 13 which sent his motorcycle cartwheeling through the air. He went to the medical centre and was thankfully declared fit. Christophe Ponsson (Alstare Yamaha) also suffered a spill at Turn 9 but re-joined. Samuele Cavalieri (TPR Team Pedercini Racing) suffered technical issues in the afternoon session, although he finished ahead of teammate Loris Cresson, with both 21st and 22nd respectively.

Watch the full 2021 season with the comprehensive WorldSBK VideoPass! 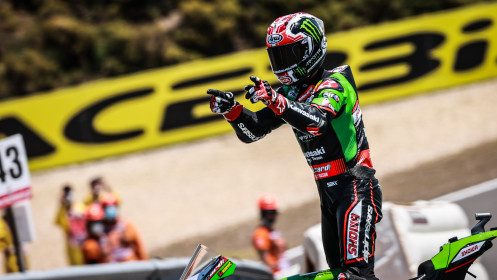 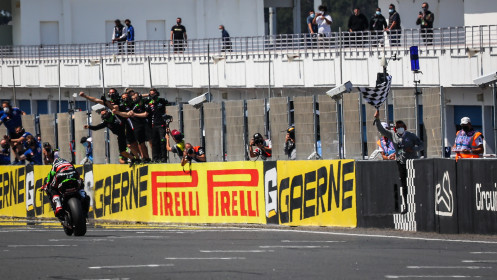 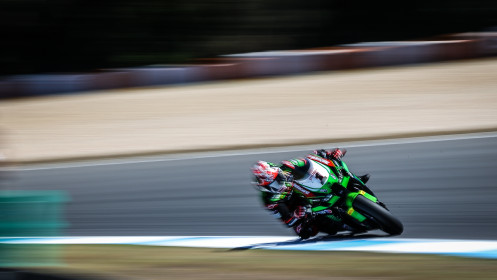