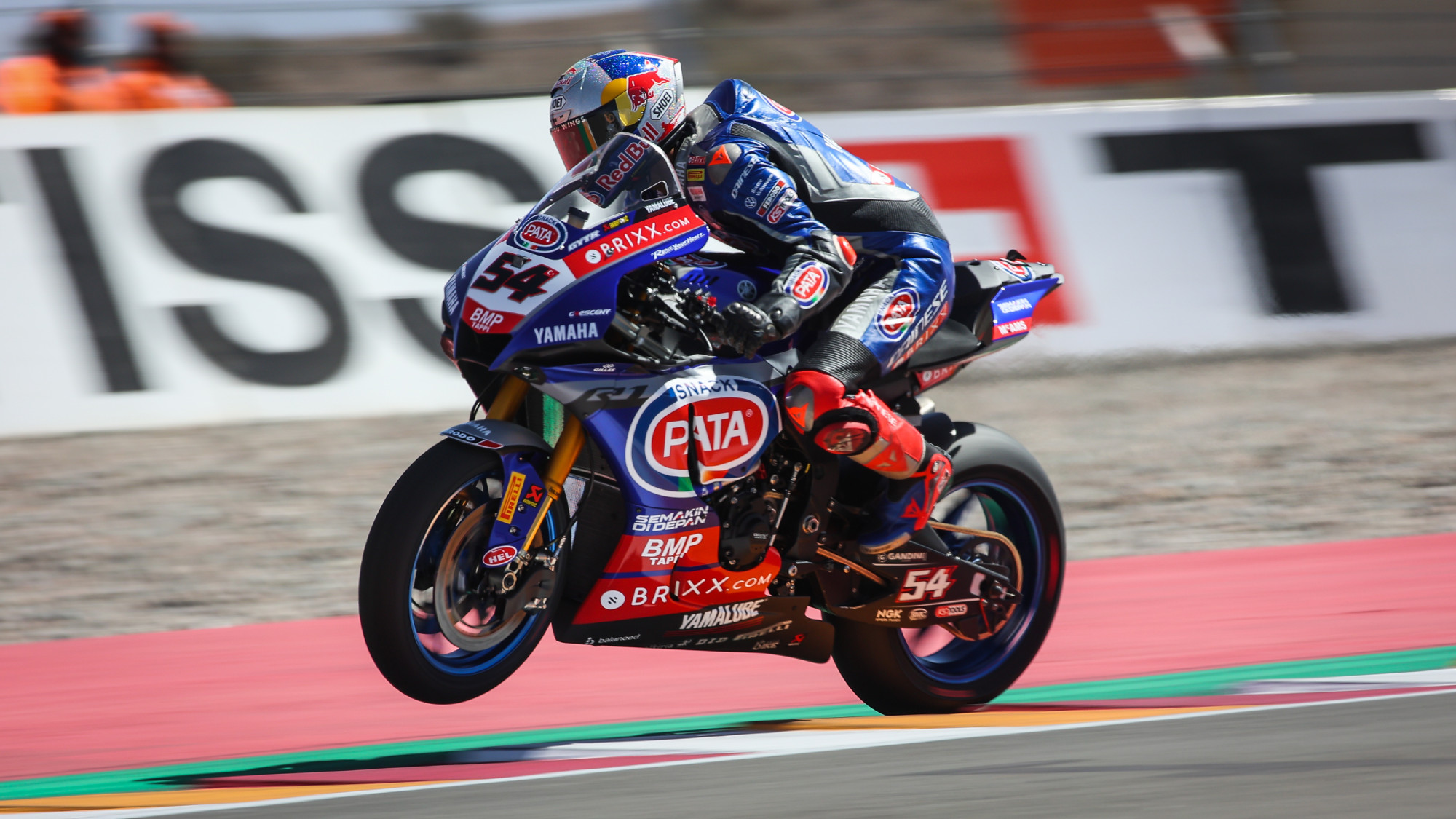 The 2021 MOTUL FIM Superbike World Championship’s penultimate round saw an action-packed first day of the Motul Argentinean Round from the Circuito San Juan Villicum. The venue, which returns to the calendar after a year out in 2020, saw Toprak Razgatlioglu (Pata Yamaha with Brixx WorldSBK) dominate day one ahead of Scott Redding (Aruba.it Racing – Ducati), whilst title rival Jonathan Rea (Kawasaki Racing Team WorldSBK) crashed hard at Turn 6 with around 30 minutes to go, missing the remainder of the session.

It was a good afternoon for Toprak Razgatlioglu, who picked up where he left off in FP1 with the Turkish rider coming out on top once again. Razgatlioglu was almost immediately quicker than he’d gone in the morning and was right on the pace. The Turkish rider set an electric pace throughout his final race run, improving on almost every lap before dipped into the 1’37s bracket in the closing five minutes. A 1’37.872 saw Razgatlioglu maintain his advantage and is definitely the rider to beat ahead of the rest of the weekend. Teammate Andrea Locatelli (Pata Yamaha with Brixx WorldSBK) continued to adapt to San Juan and the Yamaha YZF-R1. On the fringes of the top ten for the majority of the afternoon, Locatelli eventually finished in eighth as he improved in the closing stages, having been tenth in the morning session.

DUCATI AND KAWASAKI: packing out the top five

As the temperature came up, it was a strong showing from Michael Ruben Rinaldi (Aruba.it Racing – Ducati) who was inside the top four for most of FP2 whilst teammate Scott Redding was also in the mix in fifth. Both Ducatis were right in pursuit as they took to the track and continued to improve their lap times, heading out in the final ten minutes of the session where Redding improved, as did Rinaldi. Redding went second with less than a minute to go whilst Rinaldi maintain his fourth position. Top Independent honours also went to Ducati with Chaz Davies (Team GoEleven) was up in sixth, ahead of Axel Bassani (Motocorsa Racing), who was mightily impressive in seventh on his first visit to San Juan.

Over at Kawasaki, it was a Friday afternoon disaster for Jonathan Rea as he crashed hard at Turn 6. He and the bike tumbled through the gravel, with the ZX-10RR badly damaged, whilst thankfully the defending six-time World Champion was able to walk away and get a ride back to the paddock on a scooter. Teammate Alex Lowes was having a strong return to action and was second for the majority of the session having been fourth in FP1. Come the end of the session, with Rea unable to improve due the damaged bike, he finished in fifth whilst Lowes was third. Both will look to take the challenge to Razgatlioglu and Redding across the weekend.

HONDA AND BMW: fighting for the top ten on Friday

Top Honda went to Leon Haslam (Team HRC). The ‘Pocket Rocket’ finished tenth on his return to San Juan, making for a solid start for Haslam, as he adapts to the Honda in Argentina. He was of Alvaro Bautista (Team HRC), who was showing top ten pace on a Friday, something he’s not always been able to do throughout 2021, before he eventually finished eleventh, being pushed out in the closing stages of the session. Setting 72 laps between the two riders across the course of the opening day, Team HRC gathered valuable data on their San Juan debut.

It wasn’t the easiest day at the San Juan office for BMW, as Michael van der Mark could only manage 14th and was only a place higher than Eugene Laverty. Both made big gains in terms of lap time but were over 1.4s off Razgatlioglu’s top time. Both BMW riders will look to find a way forward throughout Saturday and Sunday, although van der Mark is always an improver come the races. Van der Mark and Laverty are the only BMWs on the grid this weekend, as the Bonovo MGM Racing outfit decided to finish their season after the last European round of the season at Portimao.

THE REST: Kawasaki surprises and home-heroes

Leading the best of the rest and actually ahead of the factory BMWs, Isaac Viñales (Orelac Racing VerdNatura) was 12th having been a remarkable fifth in FP1. He was just ahead of Tito Rabat (Kawasaki Puccetti Racing) who was 13th, as he begins to figure out the Kawasaki ZX-10RR. Samuele Cavalieri (Barni Racing Team) was 16th as he headed of Kohta Nozane (GRT Yamaha WorldSBK Team), both making their San Juan debut. Home-hero Leandro ‘Tati’ Mercado (MIE Racing Honda Team) was 18th, ahead of Christophe Ponsson (Gil Motor Sport Yamaha). Completing the field, Argentinean pairing Marco Solorza (OUTDO TPR Team Pedercini Racing) and teammate Luciano Ribodino.

Watch the Motul Argentinean Round and the penultimate round of the season with the WorldSBK VideoPass!