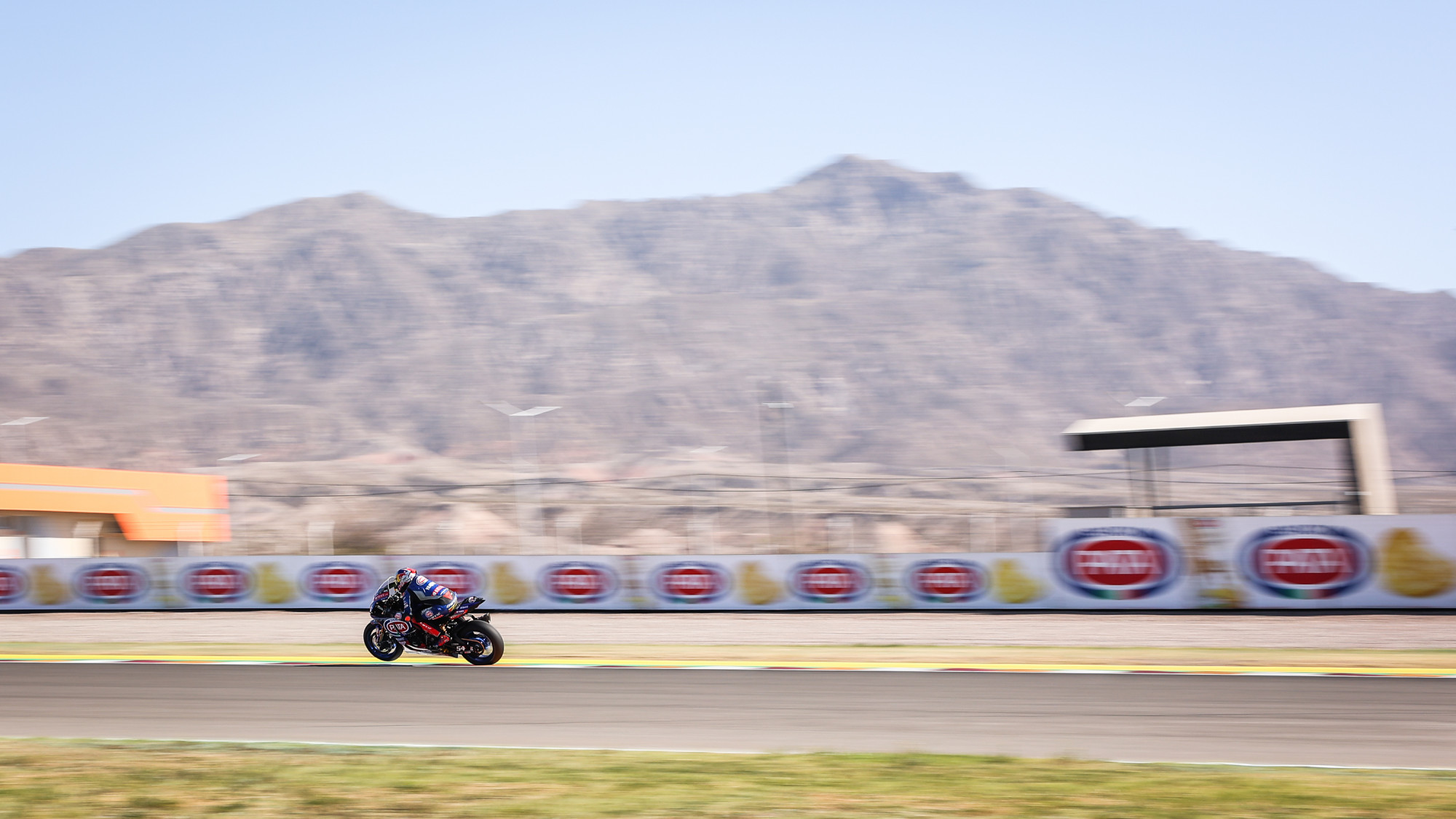 The 2021 MOTUL FIM Superbike World Championship’s second day of action from the Motul Argentinean Round and the Circuito San Juan Villicum was off and running with Free Practice 3 for WorldSBK. With the track in good condition after the first action on Friday, the times were competitive from the start, with Toprak Razgatlioglu (Pata Yamaha with Brixx WorldSBK) finishing on top of the timesheets ahead of Tissot Superpole and retaining command over the field.

Birthday boy Razgatlioglu was the first rider into the 1’37s bracket during FP3 and was at the top of the timesheets for almost the entirety of the session before a flurry of action at the very end of the session. Despite being briefly unseated in the closing stages, Razgatlioglu resumed his top position. Scott Redding (Aruba.it Racing – Ducati) was four tenths behind Razgatlioglu and led the chasing pack despite a fall at Turn 13 at the start of the session. Jonathan Rea (Kawasaki Racing Team WorldSBK) bounced back from his day one crash with third place, briefly leading before being shuffled back to third. Looking back on form and coming from his top ten hat-trick from Portimao, Garrett Gerloff (GRT Yamaha WorldSBK Team) took fourth having also been on top, whilst it was Michael Ruben Rinaldi (Aruba.it Racing – Ducati) in fifth, surviving a massive moment at Turn 15.

Sixth place went the way of Alex Lowes (Kawasaki Racing Team WorldSBK), who had a moment at Turn 6 but was otherwise consistent throughout the session. Leon Haslam (Team HRC) made gains on Saturday morning, pipping Axel Bassani (Motocorsa Racing), with the 22-year-old Italian being the top Independent Ducati. Michael van der Mark (BMW Motorrad WorldSBK Team) was in much better shape going on Saturday, elevating himself to ninth whilst, like teammate Razgatlioglu, it was another birthday boy who was at the other end of the top ten in Andrea Locatelli (Pata Yamaha with Brixx WorldSBK). Both he and Razgatlioglu celebrate their 25th birthday today, and they’ll look to celebrate in style come Tissot Superpole and the races.

Outside of the top ten was Chaz Davies (Team GoEleven), as the Welshman suffered a mechanical problem and pulled off down the backstraight mid-way through the session. Alvaro Bautista (Team HRC) was only 13th whilst Leandro ‘Tati’ Mercado (MIE Racing Honda Team) improved in FP3 to finish 14th, something he will aim to improve on as the day progresses.

Superpole starts at 12:10 local time (GMT-3), so make sure to not miss any of the action with the WorldSBK VideoPass!