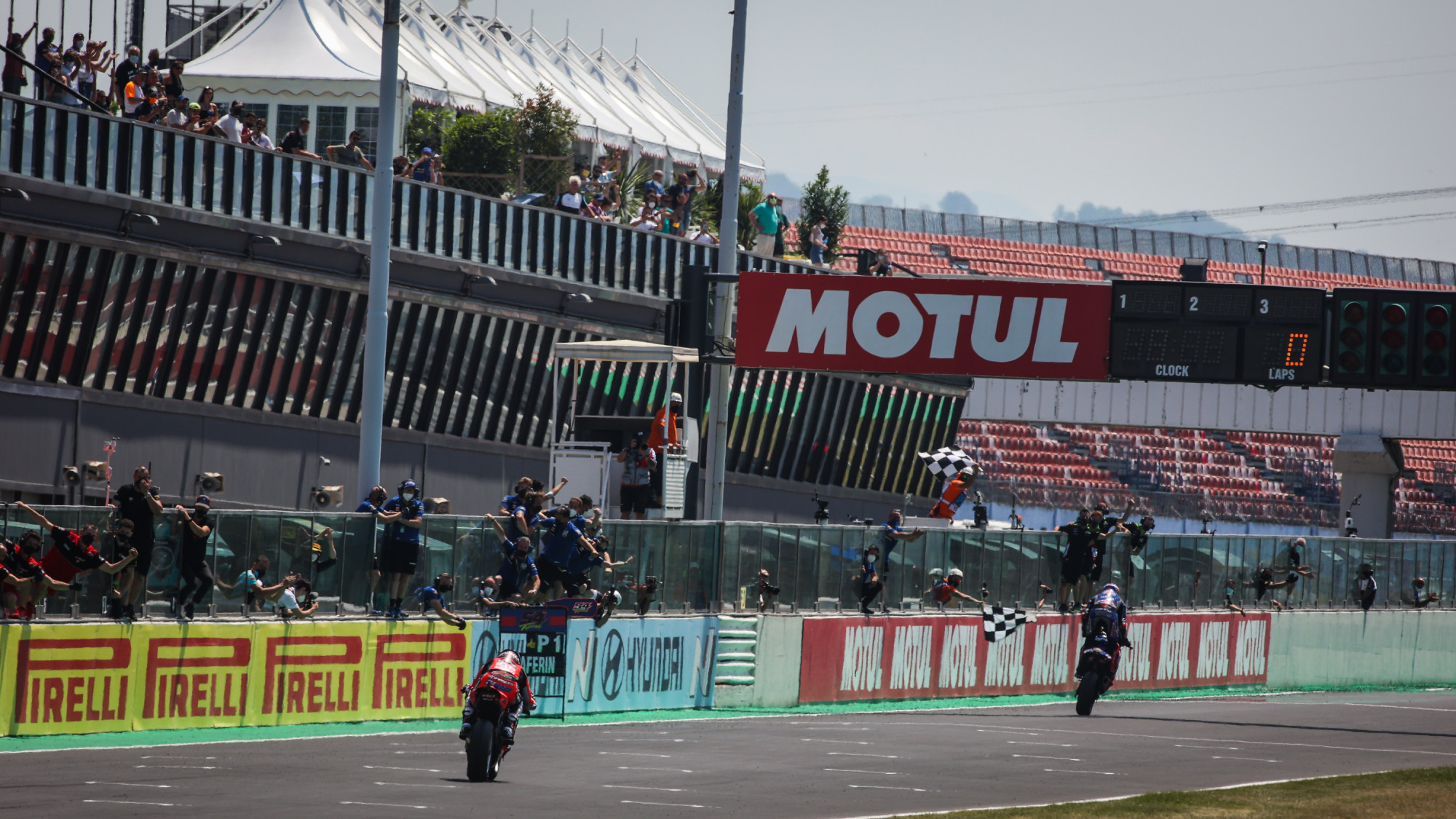 The MOTUL FIM Superbike World Championship action came to a thrilling conclusion in Race 2 for the Pirelli Made in Italy Emilia-Romagna Round as Toprak Razgatlioglu (Pata Yamaha with BRIXX WorldSBK) claimed his first victory of the season at the Misano World Circuit “Marco Simoncelli” as he denied home hero Michael Ruben Rinaldi (Aruba.it Racing – Ducati) a hat-trick of wins on home soil.

LIGHTS OUT, RINALDI DROPS DOWN

The start was a precursor of what was to come throughout the 21-lap race as Jonathan Rea (Kawasaki Racing Team WorldSBK) moved to the front after he took advantage of Razgatlioglu’s aggressive move on Rinaldi on the opening lap, ducking down the inside the pair of them at Turn 4. Rinaldi was able to recover to pass Turkish sensation Razgatlioglu.

BATTLE FOR THE PODIUM

Rinaldi was unable to pull a gap out to Razgatlioglu with the Turkish rider keeping the pressure on the two-time race winner in 2021, before Razgatlioglu caught Rinaldi by surprise at Turn 14 on Lap 8 to take the lead, instantly pulling out a gap of around half-a-second before extending that to over a second at the start of Lap 1, with Rea able to put pressure on Rinaldi.

As Razgatlioglu continued out in front, Rea started to apply the pressure to Rinaldi with the Italian able to resist the six-time Champion and, as the laps counted down, Rinaldi started closing the gap to Razgatlioglu at the front as the trio broke away from Scott Redding (Aruba.it Racing – Ducati). The gap closed to around three tenths between the pair of them before Razgatlioglu once again extended the gap to claim his first victory of the season, with Rinaldi coming home in second ahead of Rea; closing the gap at the top of the standings to just 20 points. Razgatlioglu’s victory means Yamaha breaks a streak of 15 wins by Kawasaki or Ducati since Race 1 in 2014.

Redding came home in fourth place, the only time in his WorldSBK career that the British rider has not collected a podium finish, with Redding finishing ahead of Garrett Gerloff (GRT Yamaha WorldSBK Team) after the American recovered from a challenging weekend to claim a top five position after a late-race battle with Alex Lowes (Kawasaki Racing Team WorldSBK), who rounded out the top six.

Are we sure @axel47bassani is a rookie?

German rider Jonas Folger (Bonovo MGM Action) finished just outside the points after a wide moment through Turn 4 in the latter stages of the race, but he was able to finish ahead of Isaac Viñales (Orelac Racing VerdNatura), Samuele Cavalieri (TPR Team Pedercini Racing) and teammate Loris Cresson rounding out the classified runners.

Leon Haslam (Team HRC) was the first retirement of the race when he crashed on his Honda machine at Turn 2 in the early stages of Lap 4, while Chaz Davies (Team GoEleven) retired for the third race at Misano with a technical issue. 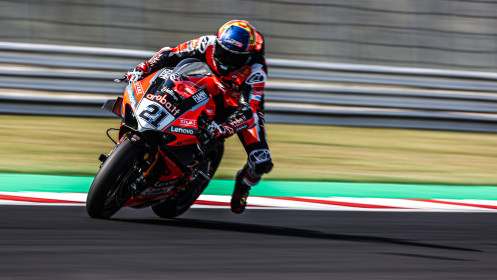