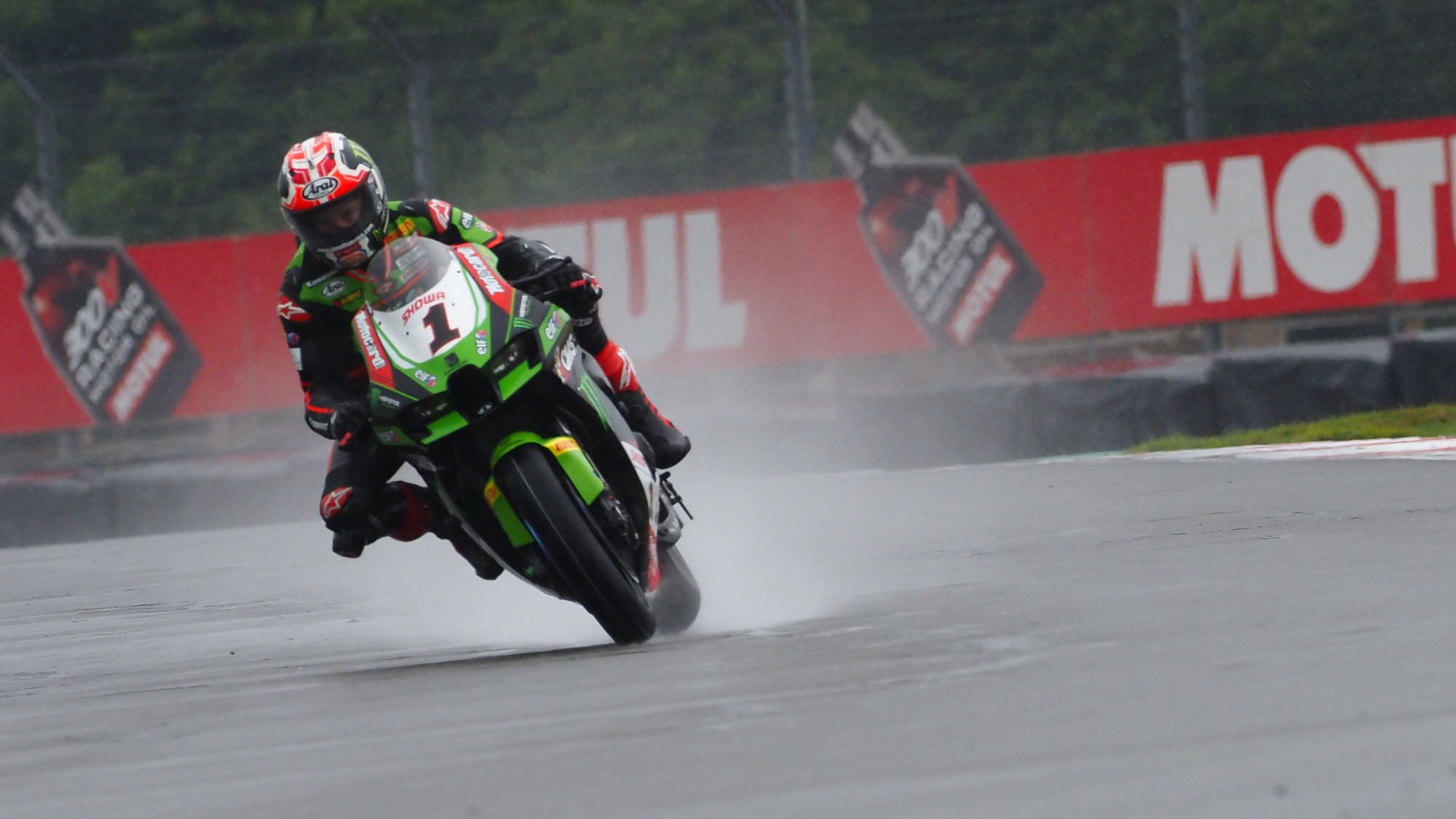 After a dry day of action on Friday, Saturday morning provided a different challenge as rain changed the complexion of the weekend

The MOTUL FIM Superbike World Championship’s return to Donington Park featured a typical British summer’s day for Free Practice 3 as rain greeted the riders at the Prosecco DOC UK Round, with six-time Champion Jonathan Rea (Kawasaki Racing Team WorldSBK) led the field by over a second as he led a British 1-2-3-4 on home soil.

Rea led from the start of the 30-minute session and continually improved his time throughout FP3, eventually posting a 1’41.433s to lead the timesheets after the first running on Saturday, with teammate Alex Lowes in second place but 1.181s back from his teammate. Leon Haslam (Team HRC) put in a late lap to move into third place on his CBR1000 RR-R after showing strong pace in the wet throughout the session.

Three manufacturers completed the top four with Tom Sykes (BMW Motorrad WorldSBK Team) in fourth place, another rider who continually improved throughout the session and ended up with a 1’43.335s. American Garrett Gerloff (GRT Yamaha WorldSBK Team) impressed yet again as he had to learn the circuit in different conditions than yesterday on his first visit, although he did have a trip through the gravel at Turn 2, while Axel Bassani (Motocorsa Racing) was the lead Ducati in sixth; the youngest rider on the grid also impressing throughout.

It proved to be a challenging session for Scott Redding (Aruba.it Racing – Ducati) as he finished in 12th place and suffered from a session-ending crash at the Turn 11 Melbourne Hairpin, while Jonas Folger (Bonovo MGM Action) had an offer at the Turn 8 right-hander of Coppice.

Combined results from all three sessions can be found here.

Follow all the action from Donington Park using the WorldSBK VideoPass!