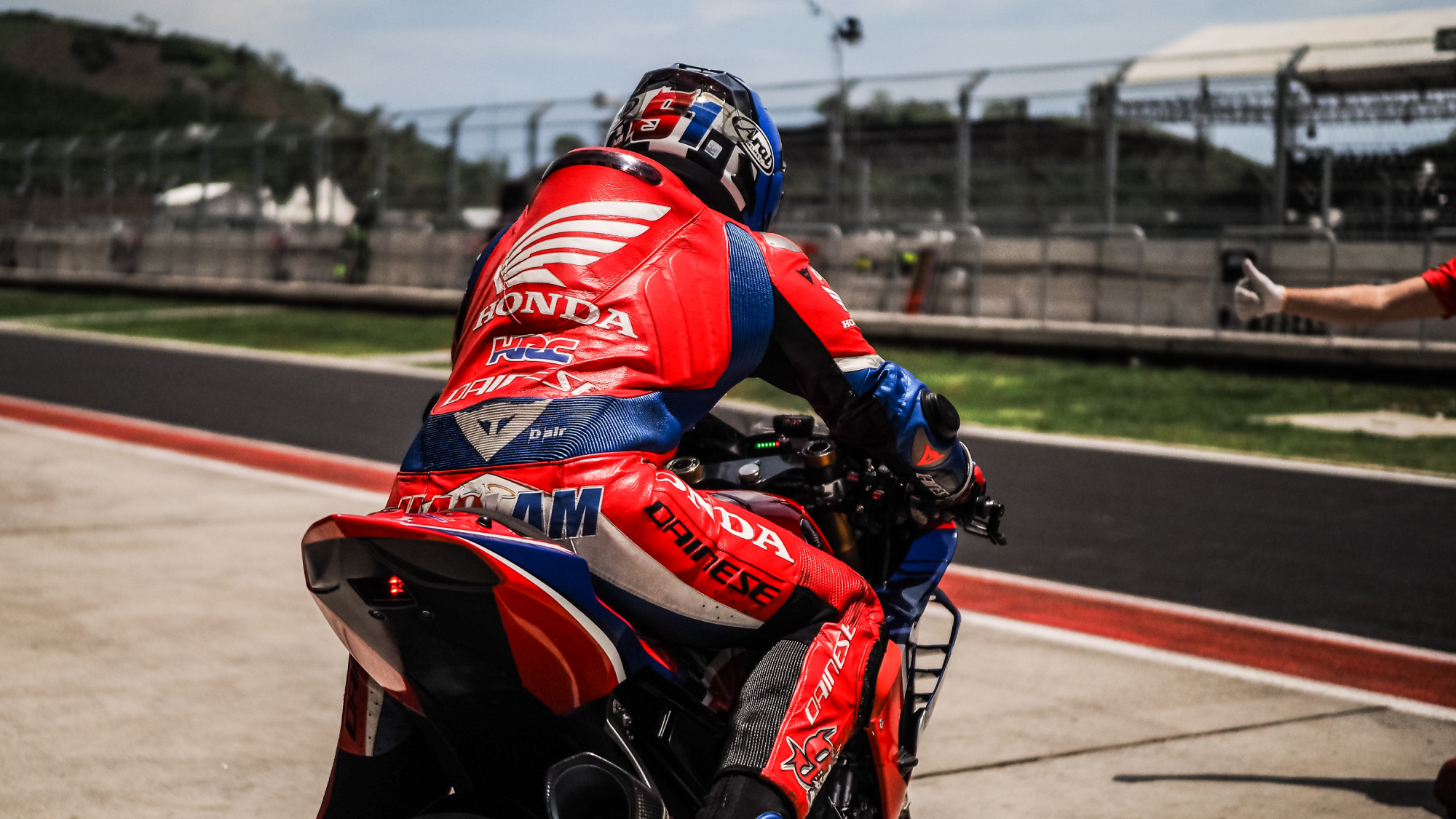 It was a strong start for Team HRC as the MOTUL FIM Superbike World Championship descended on the Pertamina Mandalika International Street Circuit, as they occupied fourth and sixth in the combined standings after two practice sessions ahead of the Pirelli Indonesian Round. Alvaro Bautista claimed fourth place for the Japanese manufacturer while teammate Leon Haslam was sixth.

The two riders started the weekend strongly by claiming a top-six spot each as they look to end their two-year Honda stint on a high note. The pair combined to complete 60 laps onboard the Honda CBR1000RR-R machine, with Bautista completing 32 and Haslam adding 28.

Haslam was sixth and a tenth away from his teammate as the field tightened up compared to the leader in FP2, with the British rider able to find just under three seconds improvement between the two 45-minute sessions. Haslam, in his last round for Honda, underwent surgery in the five-week gap between rounds and explained how this was impacting him.

Haslam said: “It’s very frustrating because this circuit seems to suit the Honda very much and I’m really enjoying the track. For sure, I’m in some pain from the operation a few weeks ago. We need to make a plan with the clinic to see how we can help the situation. The lap time is not so bad. We are just 0.3s from the fastest and I think we lose this in the last two corners, so most of the lap I feel competitive. We have to wait and see for the shoulder because it’s not just for one lap, we need to make 21 laps. We will see tomorrow.”

Bautista set a time of a 1’37.084s in the morning Free Practice 1 session before improving that to a 1’34.460s in FP2, finding around 2.5s between the two sessions to claim fourth place on his last weekend for Honda before he returns to Ducati. His team was just two tenths away from the fastest time of the weekend, set by Championship leader Toprak Razgatlioglu (Pata Yamaha with Brixx WorldSBK).

WorldSBK machines return to the track for FP3 at 09:00am Local Time (GMT+8) on Saturday, watch all the action with the WorldSBK VideoPass!