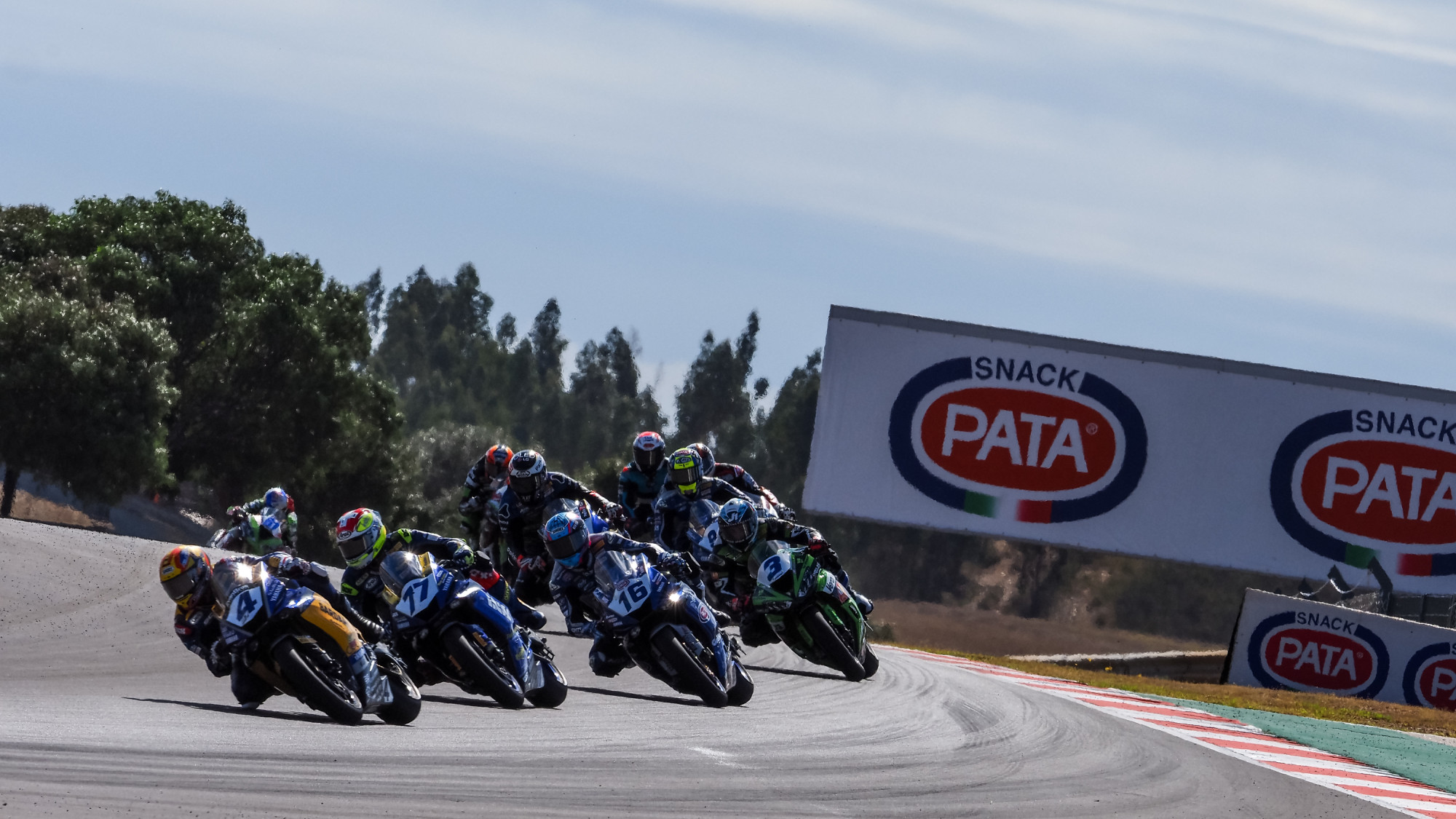 The FIM Supersport World Championship heads to South America and Argentina for the penultimate round of the 2021 season at the San Juan Villicum for the Motul Argentinean Round, with the Championship still to be decided in the fight between Dominique Aegerter (Ten Kate Racing Yamaha) and Steven Odendaal (Evan Bros. WorldSSP Yamaha Team) although Swiss rider Aegerter has the opportunity to clinch the crown in Argentina.

THE CHAMPIONSHIP COULD BE DECIDED

Results last time out in the Portuguese Round meant Aegerter was not able to secure the 2021 title, but he will get another shot as WorldSSP hits San Juan for the first time in two years. Both Aegerter and Odendaal are yet to visit the Argentinean venue as a WorldSSP rider having made their debuts in 2021 and 2020 respectively, with WorldSSP not visiting Argentina in 2020. Odendaal heads into the Argentinean Round after a stunning victory at Portimao in the third-closest WorldSSP finish ever, while Aegerter will believe this is a chance to get back on the top step: the visit to Portimao was the first Round where Aegerter has not won at least one race since the season-opening Aragon Round. With a 54-point lead in the Championship, Aegerter has the opportunity to take the title in Argentina with his first chance coming in Saturday’s Race 1.

COULD EXPERIENCE MIX UP THE ORDER IN ARGENTINA?

French rider Jules Cluzel (GMT94 Yamaha) returned to winning ways last time out and is one of the few riders who has raced at San Juan in WorldSSP, heading into the 2021 round with a 100% win record at the circuit with victories in 2018 and 2019. His experience at the circuit, coupled with his recent rules, may make Cluzel one to watch closely throughout. 2019 Champion Randy Krummenacher (CM Racing) is in eighth in the standings but won’t be in Argentina after the CM Racing outfit put a statement on social media saying that “regretfully”, they wouldn’t attend due to restrictions. They plan to be back for the final round of the season.

Raffaele De Rosa (Orelac Racing VerdNatura) is another rider who brings experience of the San Juan circuit with a best result of sixth, and the Italian has shown strong pace throughout the second half of the 2021 campaign. Odendaal’s teammate, Peter Sebestyen, could provide some valuable help to the South African rider as he has visited the circuit twice with two point-scoring outings. Estonia’s Hannes Soomer (Kallio Racing) brings experience from the venue with a best result of 13th, as does Glenn van Straalen (EBA Racing Team) and Sheridan Morais (Wojcik Racing Team); the Portuguese rider standing in for Christoffer Bergman in Argentina.

With just 100 points available across the final four races of the season, there are tight battles towards the top of the Championship. Manuel Gonzalez (Yamaha ParkinGo Team) and Philipp Oettl (Kawasaki Puccetti Racing) are fighting it out for third place, with 17 points separating Gonzalez and Oettl, who is the lead Kawasaki rider in the Championship.

Krummenacher has a good opportunity to make a claim for seventh, and possibly sixth, in the standings as Federico Caricasulo (Biblion Iberica Yamaha Motoxracing) are not competing in Argentina, while Luca Bernardi is still recovering from injuries sustained at Magny-Cours. As it stands, 21 points separate Krummenacher in eighth and Bernardi in sixth.

LATE SURGES UP THE CHAMPIONSHIP STANDINGS

De Rosa has been something of a revelation in the past few rounds of the WorldSSP campaign, finishing inside the top four on three occasions in the last five races and was fighting for a podium in Race 2 at Portimao before a late-race crash. Niki Tuuli (MV Agusta Corse Clienti) is also making moves in the Championship with four top-five finishes in the last six races, including two third places. While De Rosa has previous experience of the San Juan circuit, it will be the first time for Finnish rider Tuuli as he looks to continue his strong form that started in the second half of the season.

HOUSEKEEPING – HOME HEROES AND DEBUTANTS ON THE GRID

Two Argentinean riders will compete in WorldSSP as Matias Petratti (Yamaha MS Racing) links up with Unai Orradre for his WorldSSP debut, while Andres Gonzales will also make his WorldSSP debut alongside Swiss rider Marcel Brenner at VFT Racing. Petratti recently raced at San Juan in the Argentine superbike championship in the Superstock 600 class and claimed second place. Gonzales has raced in both the Spanish and Argentine championships, currently lying 13th in the Spanish Supersport championship.

2020 WorldSSP300 Champion Jeffrey Buis will make his debut in WorldSSP for G.A.P. MOTOZOO Racing by Puccetti, in place of Michel Fabrizio. Valentin Debise (GMT94 Yamaha) will hope to be back on the grid after sustaining injuries at Magny-Cours, with the French rider needing to be declared fit after medical checks. Galang Hendra Pratama (Ten Kate Racing Yamaha) will not be on the grid in Argentina due to visa problems, with Ten Kate Racing drafting in Leonardo Taccini for the Argentinean Round. 19-year-old Taccini competed in the WorldSSP Challenge in 2021, claiming a best result of 13th place at Barcelona-Catalunya.

Watch all the action from WorldSSP’s visit to Argentina using the WorldSBK VideoPass!