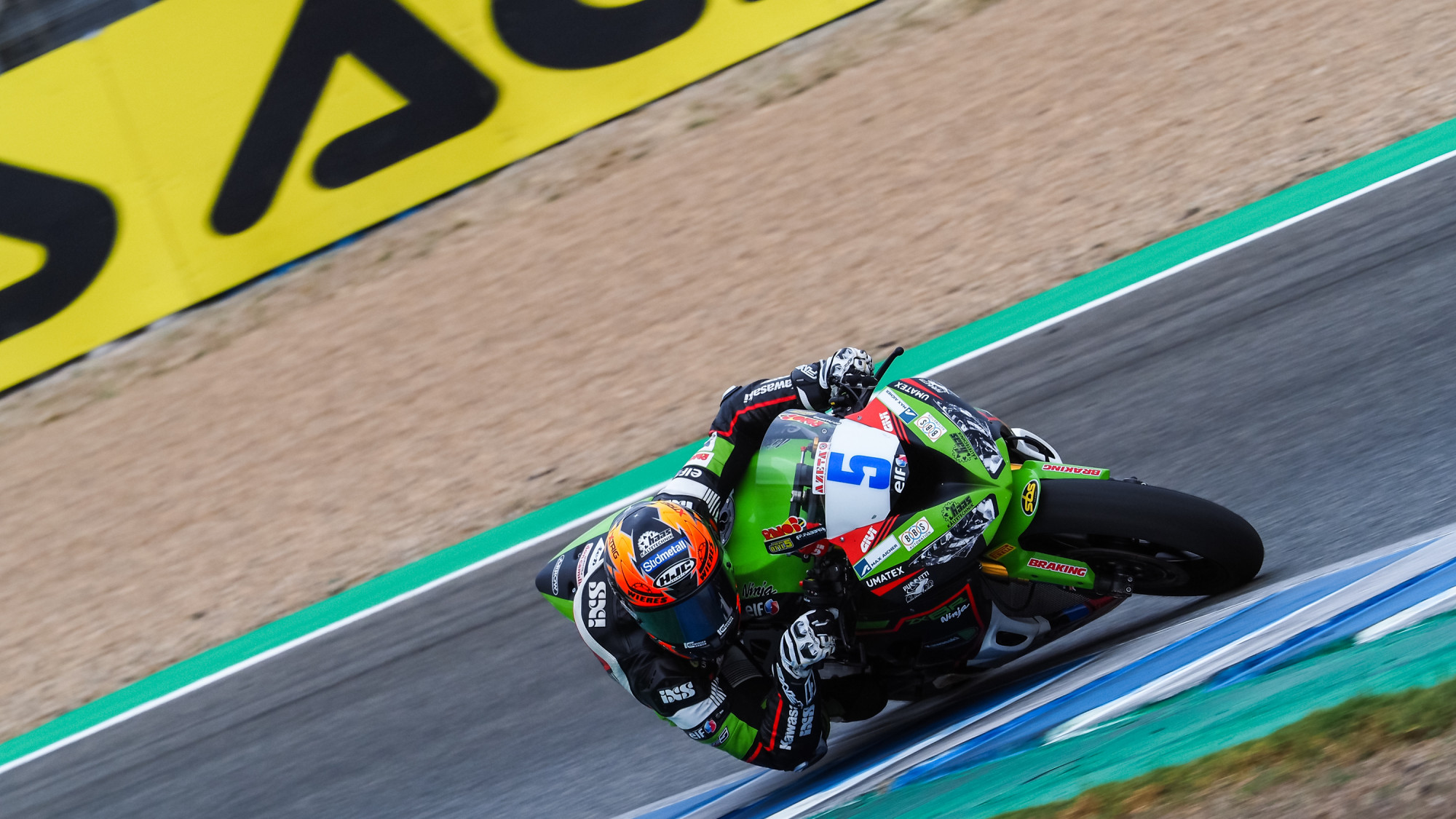 The FIM Supersport World Championship got underway at the Circuito de Jerez – Angel Nieto for the Motul Spanish Round with German rider Philipp Oettl (Kawasaki Puccetti Racing) topping the timesheets by more than four tenths of a second after a storming late lap in Free Practice 1.

A late surge of laps meant Oettl briefly lost the top spot he made his own throughout the 45-minute session but was able to improve to a 1’42.249s to top the timesheets by 0.432s ahead of Spanish rider Manuel Gonzalez (Yamaha ParkinGo Team) to strike first in Jerez as he looks to regain his form. Gonzalez finished in second place, a tenth ahead of Niki Tuuli (MV Agusta Corse Clienti) in third as all three manufacturers were represented in the top three in the opening session of the day.

Debutant Stefano Manzi (GMT94 Yamaha) claimed seventh place in his first appearance of the campaign, and in WorldSSP, as the lead GMT94 Yamaha rider while Federico Caricasulo (Biblion Iberica Yamaha Motoxracing) was in eighth place despite a Turn 6 crash in the latter stages of the session, ahead of Turkish star Can Öncü (Kawasaki Puccetti Racing) and Raffaele De Rosa (Orelac Racing VerdNatura) who rounded out the top ten.

It was another strong showing for Marcel Brenner (VFT Racing) with 12th on the opening day of action, just behind Jules Cluzel (GMT94 Yamaha) while the returning Kenan Sofuoglu (Kawasaki Puccetti Racing) was 18th on his first run in WorldSSP for three years with the five-time Champion only taking part in Friday’s action. Leonardo Taccini’s (Orelac Racing VerdNatura) suffered a technical issue on his outlap for Free Practice 1, costing him valuable track time but he was able to re-join the session with around 20 minutes remaining as he finished in 34th place.

Watch the 2021 campaign in style using the WorldSBK VideoPass! 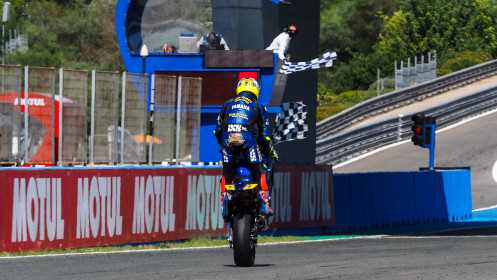 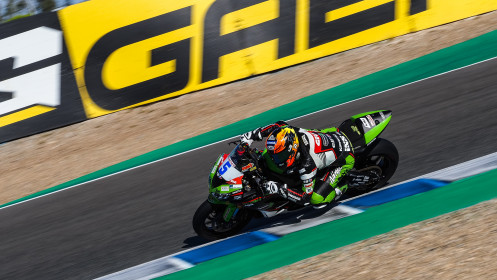 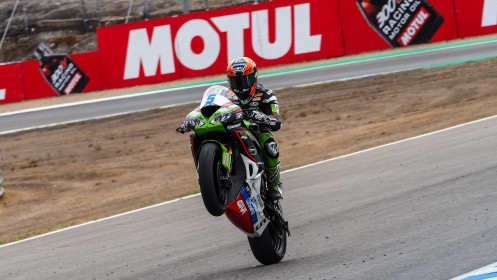