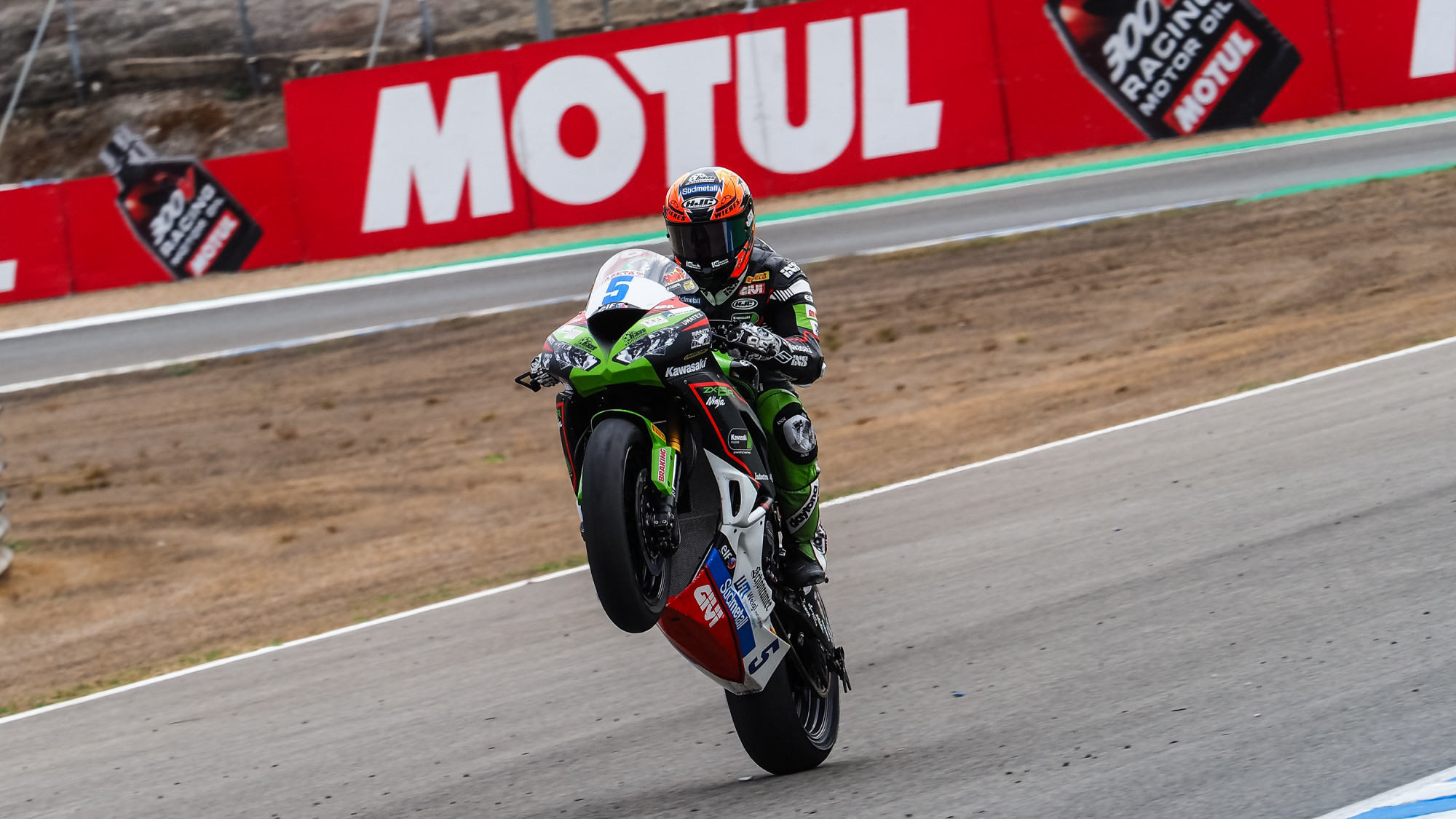 The form man on Friday in Jerez was Oettl with the German rider topping both Free Practice 1 and Free Practice 2, with his FP1 time of 1’42.249s the fastest recorded time of the day in WorldSSP which put him around four tenths clear of Championship leader Aegerter at the top of the timesheets. Aegerter, returning to WorldSSP after a clash with MotoE™ last week, was second as he quickly re-adapted to his Yamaha R6 machine and improving his time by around three tenths between FP1 and FP2, with Aegerter topping FP2 by just 0.054s. Manuel Gonzalez (Yamaha ParkinGo Team) claimed sixth place after Friday’s running, around two tenths behind Aegerter with the Spaniard’s FP1 time his quickest.

CLOSE AS EVER IN WorldSSP

Friday’s action showed the action will be frantic throughout the remainder of the weekend with Championship contender Steven Odendaal (Evan Bros. WorldSSP Yamaha Team) in fourth place, half-a-second down on Oettl, while Niki Tuuli (MV Agusta Corse Clienti) was fifth despite a Turn 1 crash in Free Practice 2. Randy Krummenacher (CM Racing) continued his strong form with sixth place, less than six tenths away from top spot.

It was a successful return to action for five-time Champion Kenan Sofuoglu (Kawasaki Puccetti Racing) as he claimed seventh place, finding almost two seconds between his FP1 and FP2 teams and finishing less than a second away from Oettl’s pace. The Turkish legend was ahead of Raffaele De Rosa (Orelac Racing VerdNatura) who was eighth despite an early FP2 crash at Turn 2. Can Öncü (Kawasaki Puccetti Racing), teammate to his mentor for Friday’s action, was in ninth and around a tenth behind Sofuoglu, while Stefano Manzi (GMT94 Yamaha) recorded an impressive tenth on his debut.

Unai Orradre (Yamaha MS Racing) was 16th as he continues to adjust to life in WorldSSP, finishing 1.5s down on Oettl but two tenths clear of Federico Fuligni (VFT Racing) in 17th place. Vertti Takala (Kallio Racing) claimed 18th place ahead of Kevin Manfredi (Altogo Racing Team) with the Italian finishing as the highest place WorldSSP Challenge rider. Marc Alcoba (Yamaha MS Racing) rounded out the top 20 despite an FP2 crash at the high-speed Turn 11.

Leonardo Taccini (Orelac Racing VerdNatura) was 30th after an interrupted day of running after a technical problem in FP1 forced him to pull to the side of the track in the very early stages, with the Italian able to take to the track later on in the session and throughout FP2.