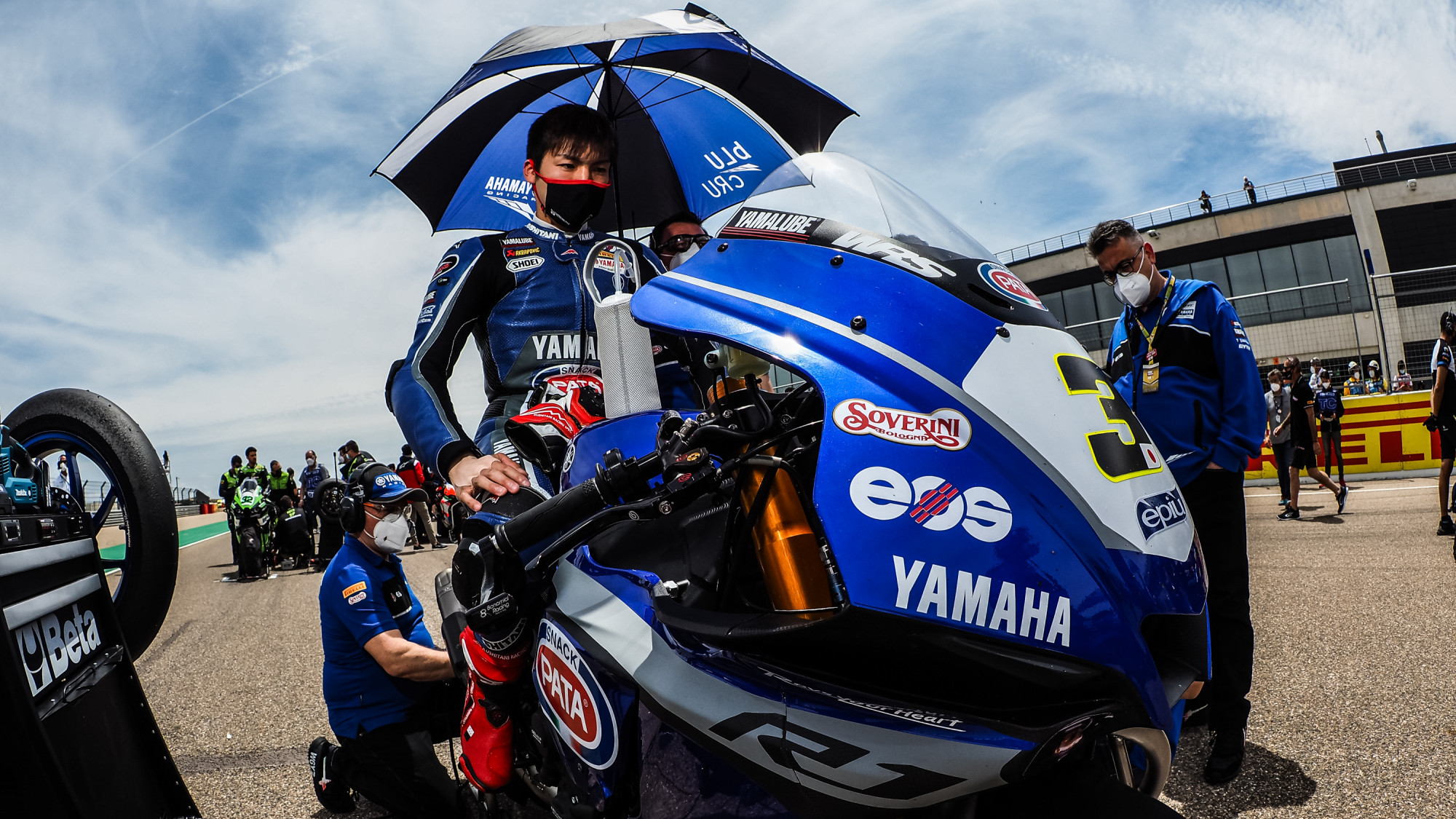 Whilst the 2021 MOTUL FIM Superbike World Championship’s dramatic season continues to unfold, the final seats on the 2022 grid are starting to fill. Yamaha Motor Europe has announced that it will retain Kohta Nozane for a second season in WorldSBK, with his contract extension running until the end of the 2022 campaign. This means all four Yamaha riders across the factory Pata Yamaha with Brixx WorldSBK outfit and the GRT Yamaha WorldSBK Team will remain in the Championship.

After winning the JSB1000 All-Japan Championship title in 2020, the young Japanese talent joined the WorldSBK grid with Yamaha in 2021. Despite having no experience of the circuits, the Pirelli tyres and the WorldSBK-spec Yamaha R1, Nozane has shown plenty of potential and progression throughout. In his debut round, he was a top ten achiever at MotorLand Aragon, whilst he was able to finish top Yamaha for the first time in Barcelona, taking another top ten.

With two rounds of the WorldSBK season to go, at the Circuito San Juan Villicum, Argentina, and the all-new Mandalika International Street Circuit in Indonesia, Nozane is the third highest-placed rookie in the standings and sits fifth in the Independent Riders’ Championship. For the remainder of the season, he’ll be hoping to take more top ten finishes and carry momentum into his second season.

Andrea Dosoli, Yamaha Motor Europe Road Racing manager commented on the renewal of Nozane’s services: “Kohta has shown some really great progress throughout his first season in the WorldSBK Championship. It is not easy to adapt to the new circuits, ones that most of the grid are familiar with, new tyres and a different bike to what he was used to. Despite this, we’ve been impressed with the way in which he has improved, and he showed some promising performances in recent races. Next year, we are confident Kohta will be able to achieve the next level, fighting regularly in the top 10 like he has shown he can do in some races this year. So, we’re very happy to have him on board with us for another season.”

Watch the remaining races of 2021 with the WorldSBK VideoPass!