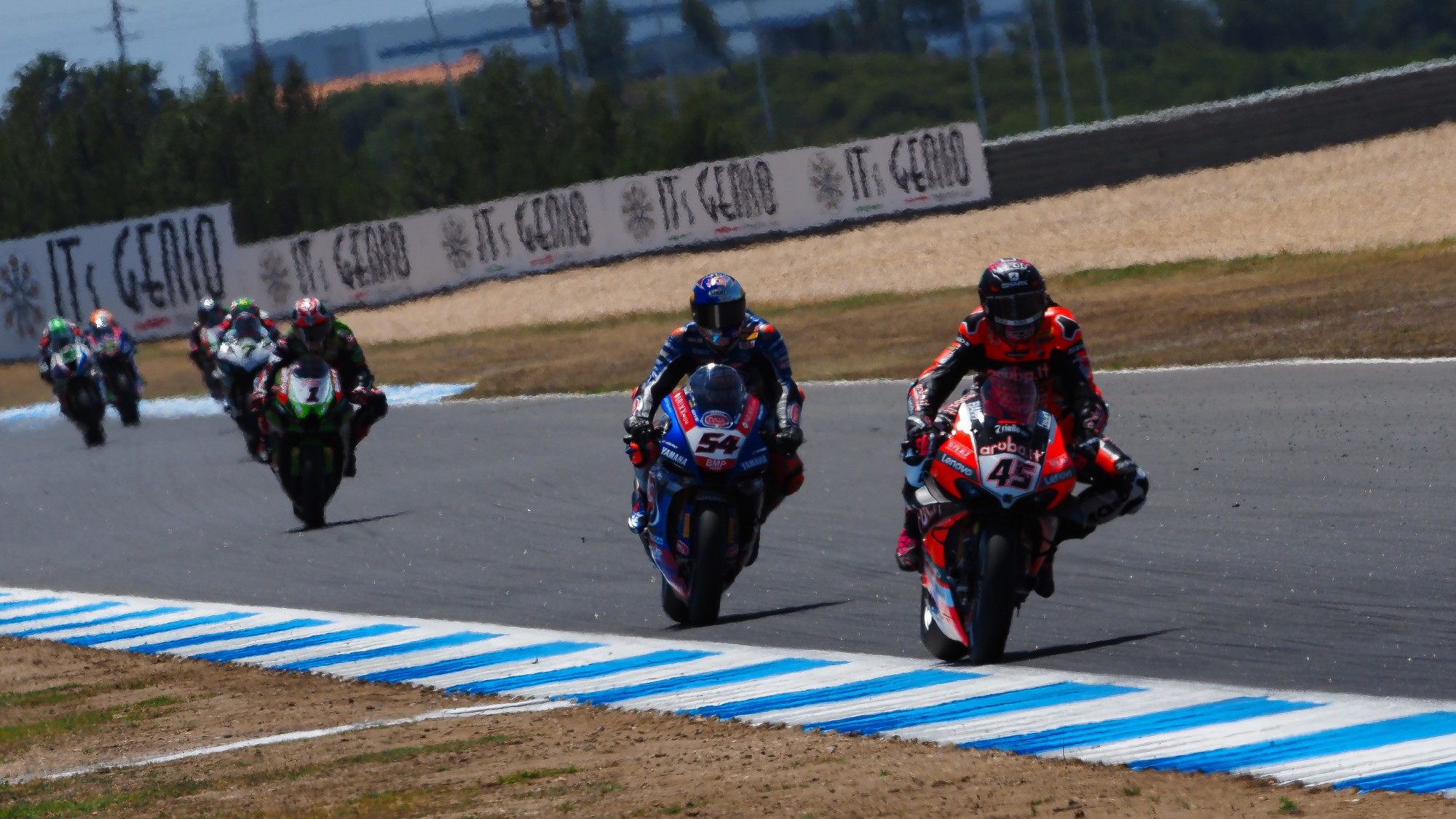 Rea came out with two wins; Redding had a win and a no score while Razgatlioglu claimed three podiums… has there been a shift in the complexion of the Championship?

There was no shortage of drama throughout MOTUL FIM Superbike World Championship’s visit to the Circuito Estoril for the Gaerne Estoril Round and this continued into Sunday’s Race 2 when Jonathan Rea (Kawasaki Racing Team WorldSBK) claimed his fourth victory of the 2021 campaign.

While he was under pressure from rivals throughout, the cards fell in his favour in Race 2 when Scott Redding (Aruba.it Racing – Ducati), winner of Race 1 at Estoril, crashed out from second place while both Redding and Toprak Razgatlioglu (Pata Yamaha with BRIXX WorldSBK) were penalized for jump starts; Razgatlioglu with a double Long Lap Penalty in the race and Redding with a six-second time penalty after the race which demoted him from 14th to 16th.

After the race, Rea said: “It was a really solid race. I really felt nervous at the start because we did all our work this weekend with the SC0 rear tyre, the harder option. I felt good with it, I felt like it was working in the hotter and cooler conditions. It was stable and I liked the feeling, but the majority of riders were using the SCX tyre which means nothing if I’m confident I’ve made the right choice, but I wasn’t! I was thinking ‘what if it backfires?’. Nice that I was able to be there. There was a point in the race where in the first laps I got beaten up a little bit and left the door open a few times. Rinaldi came through, Laverty came through. The race started coming to me a little bit, a couple of guys went wide and I got a free pass. Toprak got a Long Lap Penalty and I got another free pass. Suddenly I was in second and Redding wasn’t going away, so it was just like keeping the gap solid.”

Razgatlioglu was able to bounce back from his double Long Lap Penalty to claim third place, behind Rea and Chaz Davies (Team GoEleven), capping off a consistent weekend for the Turkish star after he claimed two second places and one third place in the three races held at the Circuito Estoril.

Razgatlioglu said: “For me it was a very strange reason because it was the first time I jumped the start, and also I’m surprised now. I’ve never felt like this after the race because maybe I should’ve been fighting for a win. I saw a double Long Lap Penalty. I tried my best but I’m on the podium again. I’m not happy, I’m sorry for my team. We take good points for the Championship.”

Redding had started the weekend in perfect fashion when he got the jump on Rea into Turn 1 in Race 1 and followed that up with third place in the Tissot Superpole Race. However, Race 2 would turn into a nightmare for Redding after crashing out of the race shortly after Rea had overtaken him for the lead and then being penalised which dropped him out of the points altogether.

Redding said: “I was happy with the pace I was doing; I was trying to conserve the tyre and I thought I was riding really well. But then when Jonathan was closing the gap to me again, I was having some issues with the front tyre. I probably shouldn’t have tried to attack so soon; I needed the tyre to settle and then go again at the end. But we are here racing, we are here to try and win and we were fighting for the win, but I just pushed too hard when the tyre wasn’t in a good condition and I lost the front and lost a lot of points; I am upset with myself because it was my own fault with going too early. I am very sorry to all my team and I want to bounce back at Misano.”

“When I see the lap times, I had that in my pocket all day long. I don’t know if Jonathan had more, but I know Chaz was kind of closing the gap a little bit and he wasn’t responding. I believe I could’ve won that today and that really has upset me. Even when I got back on and I had no footpeg on the left and a bent left handlebar, I still put in a 1’37.9, so I knew I had the pace to win today. It was my mistake, but I threw it away, and I’m just very sorry.”