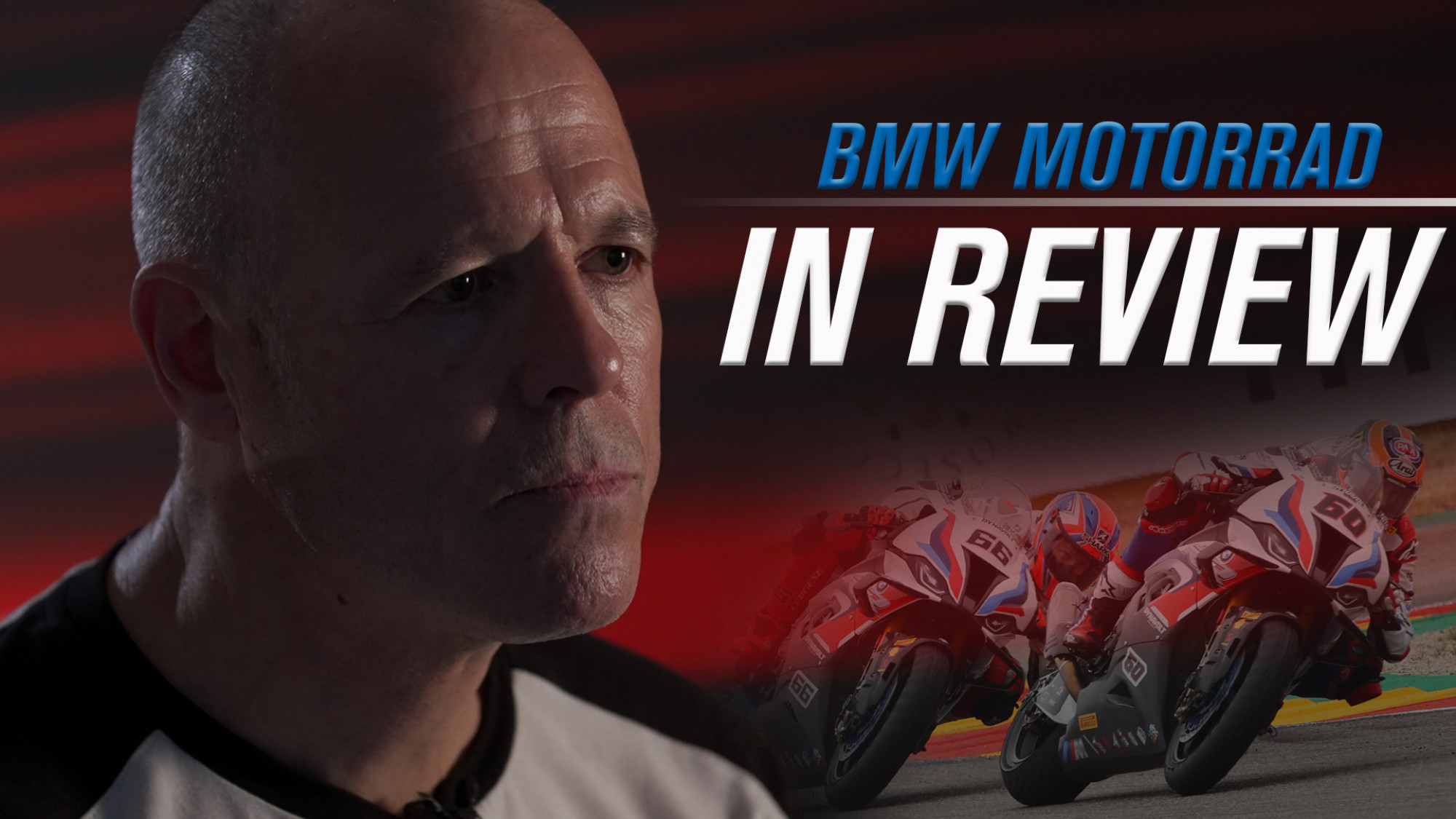 The 2021 MOTUL FIM Superbike World Championship may be over and attention is already on 2022, with a variety of teams readying for the testing season. One of those teams with plenty to get ready for in 2022 is the BMW Motorrad WorldSBK Team, who took a first race win in 2021. Speaking at the end of the season and looking back on a first year with the BMW M 1000 RR, team principal Shaun Muir commented on some high points from 2021 as well as looking forward to the next year with a refreshed line-up.

“It's been a mixed season overall,” began Muir. “We would like to be a bit closer to the podium on a more regular basis, I think it's quite obvious that we've got fantastic pace in wet conditions, we've proven that now and we took our first win in the World Superbike Championship this year. We need to replicate that in the dry conditions and that's something that we will put right and we're going to come strong next year in that department. Our maiden win in wet conditions at Portimao, not just at the fact that it was the first win, but Dr Schramm was there, who's been fantastic for the project, he's the guy that's made all of this happen. It was a great time for that to happen and it was something we can, we want to repeat pretty quick.

The chassis is fantastic on this BMW M 1000 RR; we've got the consistency there in the wet conditions and in the dry, we aren't too far away. The electronics, we feel we've made a great step forward and this year, that's been one of the biggest improvements on the bike. We just lacked a little bit in mid-range talk and top end power still and that's something that we've put right for next year and we'll show that in early preseason testing. To be running consistently on podium pace, we've got to be fast in all conditions and in all sessions and that's something that we know we can make a step with.”

Talking about the off-season development, an excited Muir said: “We've got two or three areas where we’ll focus on really hard over winter. The development guys are working on that already and we know that first test we'll do, we'll show those steps and those gains will have been made. We can really say that we're going to give both riders a bike that can win races from round one.”

We're going to 2022 with race winners and when you're signing riders of that level, you're expecting to be winning from the first race. So, that's my only statement I can make on what our expectations are next year. If I'm speaking on behalf of Michael and Scott, they're expecting to be fighting for the podium in the very first race. Our test program, our development program and the commitment from everyone in the team and within BMW is proven that we have to start winning races and we need to do it pretty quick.”

Turning attention to Tom Sykes, Muir was full of praise for 2013 World Champion despite his departure: “Managing this team and managing a rider of Tom's calibre has been fantastic for me. I think it's a great loss to us and to BMW that he's, you know, he's moved on and from my side of it, it's a big thank you to him on a personal level as well. He's just been so good for the project. I honestly don't think we probably could have got to where we've got to as quick. If you look at the results, he turned around in the first season… we were probably the most improved team of the year in 2019 and all that thanks goes to Tom for that.”