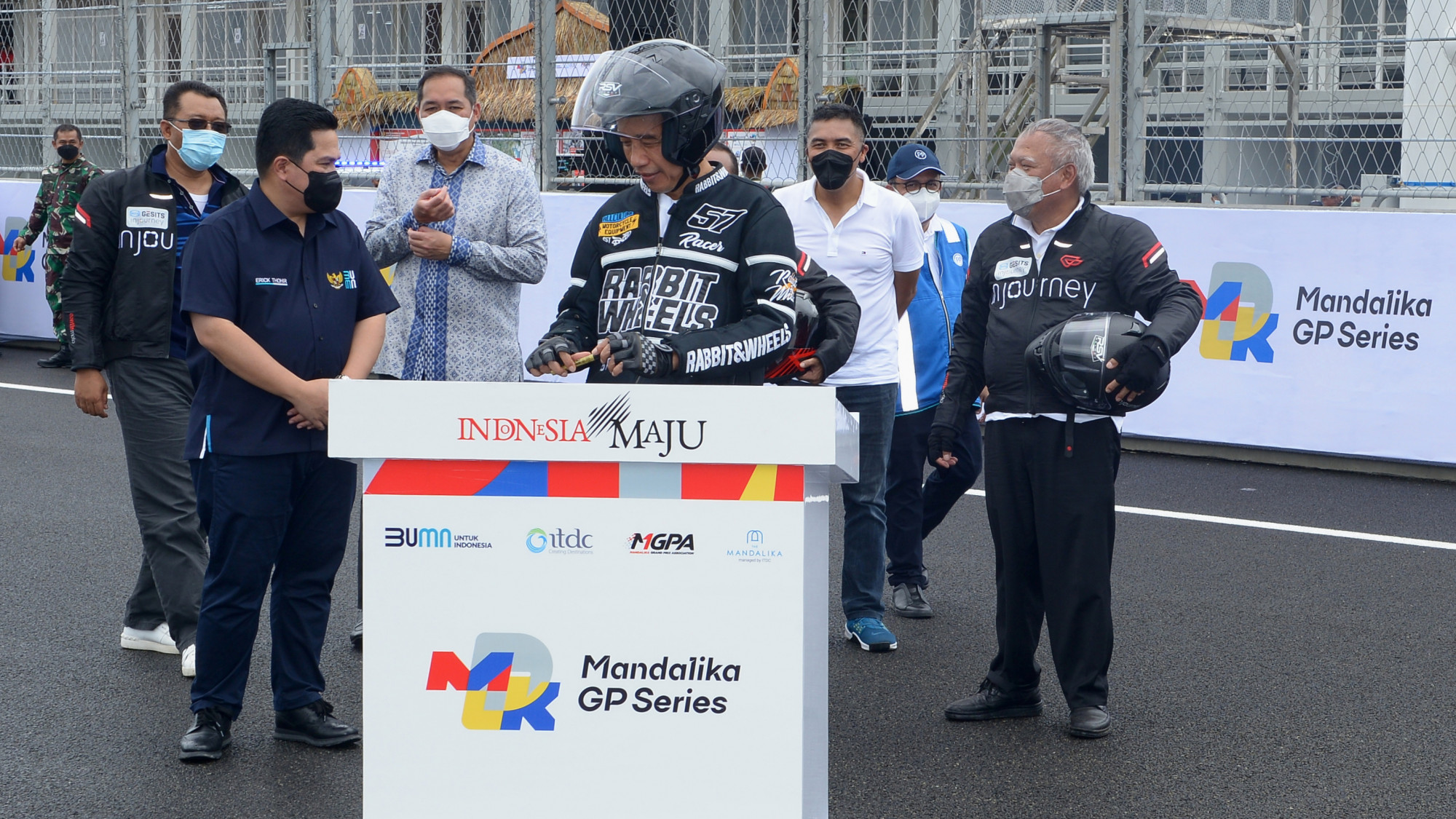 The Pertamina Mandalika International Street Circuit has been inaugurated by the President of Indonesia, Joko Widodo, ahead of the venue’s first MOTUL FIM Superbike World Championship round in just over a week. The Pirelli Indonesian Round will be the final showdown in what has been an epic title battle between Toprak Razgatlioglu (Pata Yamaha with Brixx WorldSBK) and Jonathan Rea (Kawasaki Racing Team WorldSBK).

President Widodo inaugurated the Mandalika Circuit located in the Mandalika Special Economic Zone, on the island of Lombok on Friday, November 12, 2021. With the inauguration of the circuit, the President believes that world-class events are ready to be held.

"The Mandalika circuit, at a circuit length of 4.3 kilometres, and with the latest asphalt technology, stone mastic asphalt (SMA), has also been completed and is ready to be used. Another event will be held, namely WorldSBK in 2021, and will be followed by MotoGP™ in March 2022," explained the President in his remarks.

Ahead of the inauguration ceremony, President Widodo was able to try out the circuit on his personal motorcycle, in wet conditions. After taking to the circuit, the President gave his thoughts on the venue. After the inauguration ceremony, he said: "I think there are a lot of very sharp corners, here there are 17 corners which I think are all difficult for me. For the racers, there may be no problem, but for me, it is very difficult. I think this is a big event that will continue to be held every year at the Mandalika Circuit and it will certainly have an impact on economic growth in the NTB Province.”

The inauguration of the circuit also coincided with the opening of a brand-new bypass road that connects Lombok International Airport with the Mandalika Special Economic Zone. The road is 17.3km in length and connects the two locations, with the road also inaugurated by President Widodo.

Watch the action from the Indonesian Round using the WorldSBK VideoPass and join the conversation on social media using the hashtag #WorldSBKFinale!