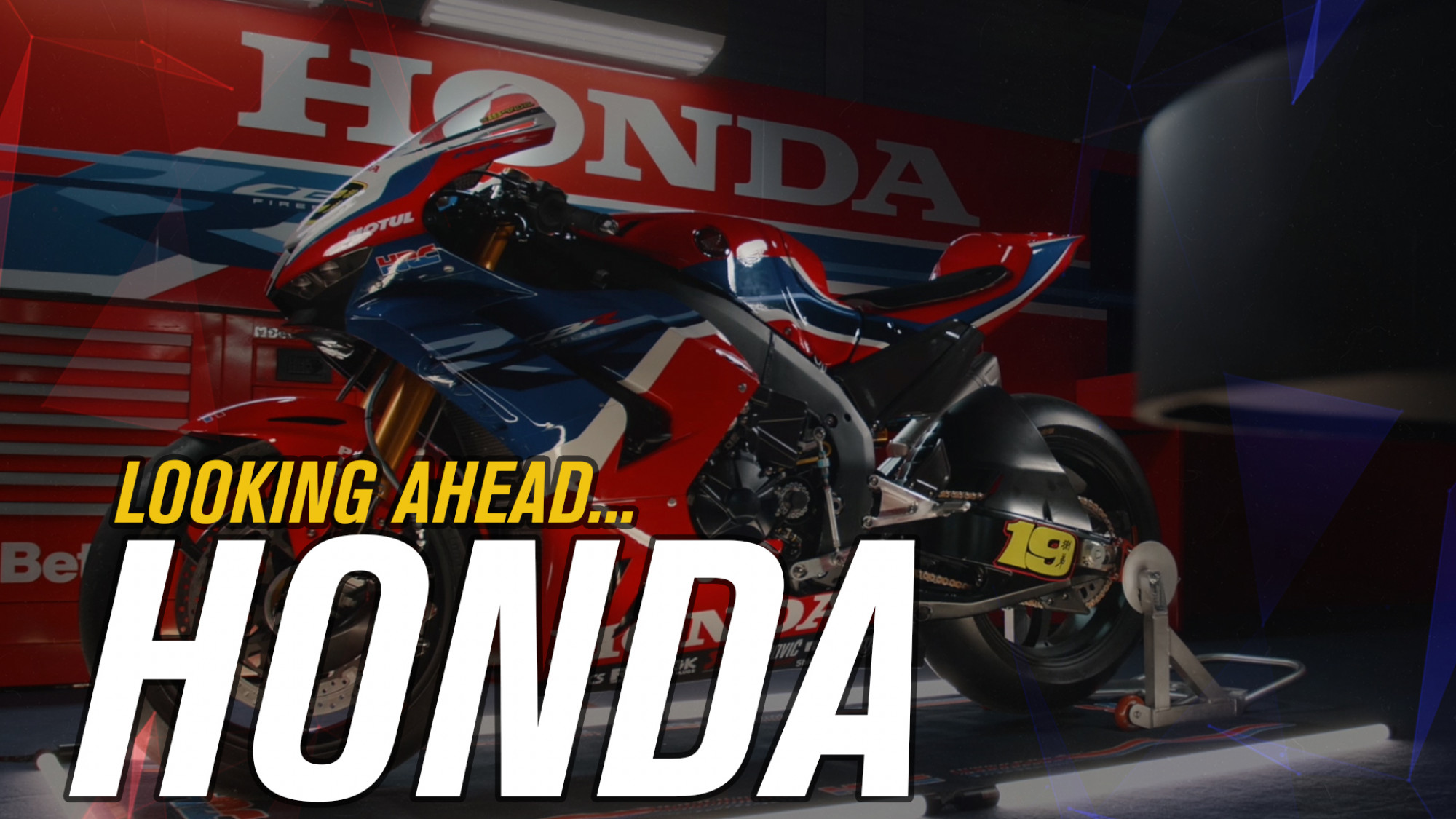 Will Honda rekindle their magic of old with a second season with the new bike?

Getting nearer to starting, the 2021 MOTUL FIM Superbike World Championship is now less than two weeks away from seeing battle ignite and all five manufacturers are readying for the challenge. One of the hot topics coming into the season is Honda and Team HRC, as they enter their second season with the Honda Fireblade CBR1000RR-R SP. Whilst rider line-up remains unchanged in what is the oldest and most experienced on the grid featuring Alvaro Bautista (Team HRC) and teammate Leon Haslam, there’s plenty of changes throughout, from management to innovations and the subsequent goals that the project has.

Honda’s engineers back in Japan have been some of the busiest over the winter, as they’ve been developing parts in order to enhance the performance of the machine. This includes everything from a new swingarm tested during the Catalunya Test, to new seat units, exhausts and an upgraded engine for the new year. Add on to that a torque sensor that was spotted during Catalunya testing, which will help with data acquisition and Honda may be on the way to the top this season.

Speaking of the upgrades and modifications back at the Circuit de Barcelona-Catalunya test, team manager Leon Camier said: “Basically, we’ve been working on rider position and overall balance. Both riders have tested the same thing and found benefits with the new seat unit. We are looking at where we are putting the rider on the bike and obviously that is important for general balance of the bike and centre of gravity and stuff like this. On the new exhaust, as we move the rider on the bike, normally the exhaust is a bit close to the foot of the rider, so it is a little bit of ergonomics and a little bit of performance too with all aspects of bottom end, mid-range and top-end.”

After two seasons in WorldSBK that have been full of highs and lows, Alvaro Bautista is ready to be a contender once again in World Superbike. The 2019 runner-up returned Honda to the rostrum in 2020 after the manufacturer went four years away and now, he wants to return the brand to the top. Having had extensive testing at a variety of circuits but not quite 100% in terms of fitness going into the season, Bautista knows it won’t be easy, just as much as he knows his and Honda’s capabilities.

“Now, we have more experience and with the data we collected in all of the season, we had a request for HRC engineers, they had time during the winter to work on the requests we did,” said the 36-year-old during the Catalunya Test. “Basically, the bike is not very, very different, but we adjusted many parameters like the electronics or the weight distribution of the bike so in the end, if you see the changes in the bike, they are more inside the bike. HRC and me want to win and it is our final target. I hope that from here to the start of the season, to make more progress and to try and fight for the victory as soon as possible.”

By the time we get to round two of the season, it will be 17 years since Leon Haslam first stepped on a WorldSBK podium, such is the experience of the British veteran. The 37-year-old ex-runner-up still believes his best years are to come and now he returns to the same motorcycle in WorldSBK for a second season for the first time since 2013 and 2014 (also with Honda), maybe consistency will be the key for the ‘Pocket Rocket’.

Speaking back at Jerez testing in January, Haslam stated his intentions: “For me, we have to expect to be challenging for the podium. It’s obviously a new project and last year was not a normal season but already we were very close. Alvaro made one podium already so for me, the expectation is to reach the podium as much as possible. I think the capability of the new Honda can for sure win the World Championship; if we can put it all together in the testing and the short period we have, it’s what we have to do as a team, and we have to work in this way.”

A unique quirk to the 2021 Team HRC squad is that Jaume Colom is no longer the team manager, and that ex-WorldSBK star Leon Camier will join. Up to speed with how modern World Superbike riders work and how a modern WorldSBK motorcycle operates, he may well be the key to really unlocking and unleashing Honda’s potential.

“We’ve definitely made some progression this year with the bike, for sure, said an elated Camier.” This year with the time we’ve had on track, we’ve made some big progress. There’s a lot more to come as well and time on track for us is really crucial at this time. We had a lot of new parts come over the winter so a lot of our time on track has been spent understanding these parts, trying to put the package together to actually go faster. There were quite a few upgrades but a lot of it is trial and error sort of thing, just to understand that we are in the right direction.

“So far, so good and everything seems to be following the direction that the riders requested from last year. Obviously, the goal for Honda is to win, and I think we can expect to make a big jump in progress this year. The bike is definitely a good step forward, and I think we can be battling for podiums and hopefully at some circuits, for wins.

Completing Honda’s line-up in the class is Argentina’s Leandro Mercado (MIE Racing Honda Team), who represents South America on the grid as he joins Honda for the first time in his WorldSBK career. “We have a lot of data and information which was really important for us,” said Mercado after his first two days of testing. “We have some new things that we tried, so it was important for this information on where we have to work and where we have to improve. Overall, it was good, also to know the bike as it is my first time in Honda, so I really enjoyed working with the team.”

Enjoy all of the action in 2021 and find out if Honda can conquer with the WorldSBK VideoPass!