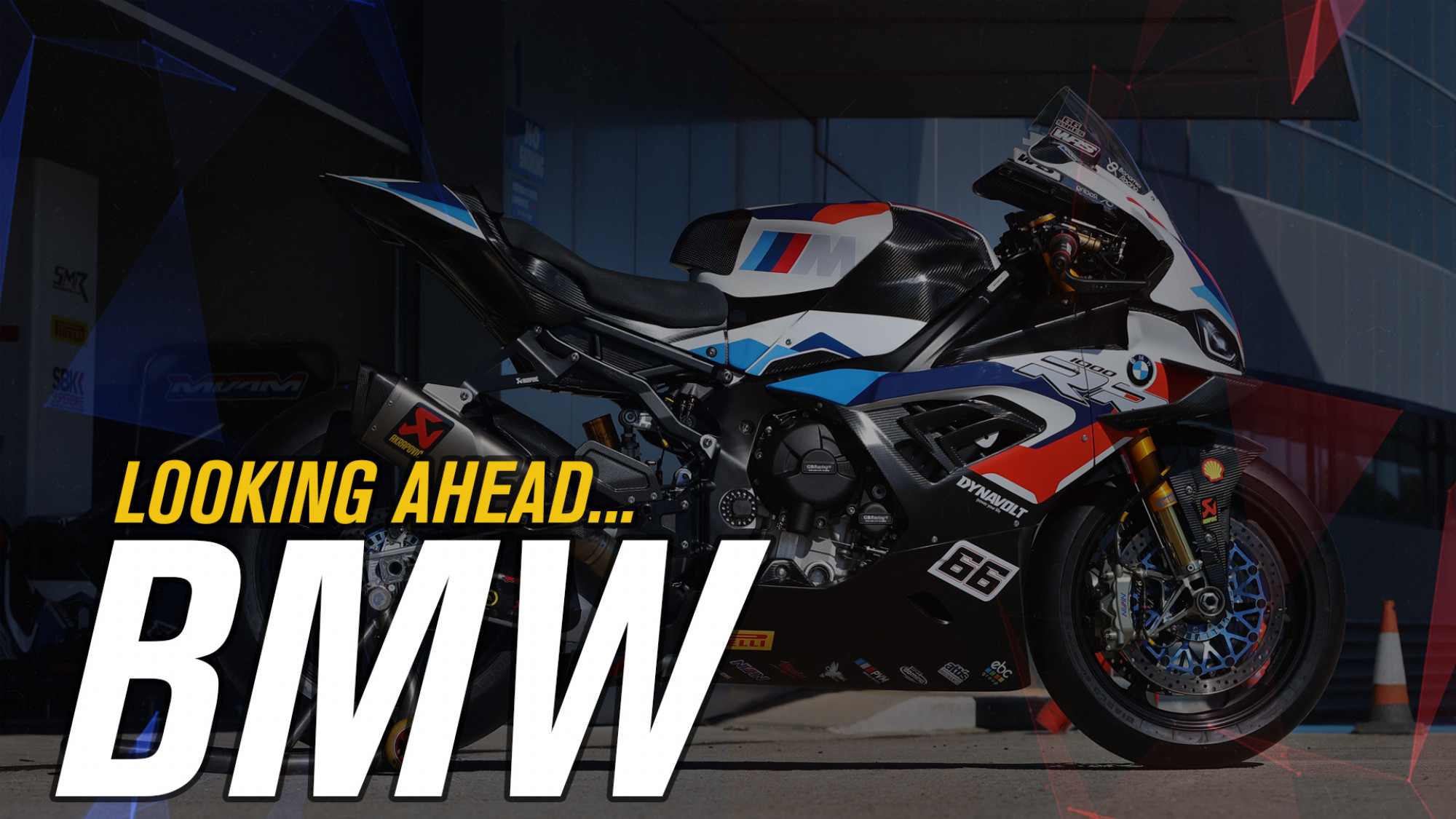 The 2021 MOTUL FIM Superbike World Championship is expected to feature on of the biggest and most unpredictable title fights in recent years, with an array of new motorcycles, riders and even destinations to look forward to. Amongst one of the most intriguing stories in the pitlane is the new BMW M 1000 RR, which features a brand-new motorcycle, one new rider, new team structure and enhanced involvement with BMW, in order to return the manufacturer to the top.

The 2021 factory rider line-up is an intriguing one for BMW, with Tom Sykes (BMW Motorrad WorldSBK Team) remaining with the squad for a third year, whilst he’ll have a third different teammate in as many seasons with Michael van der Mark stepping over from Yamaha. In terms of their crew chiefs, Ian Lord will work with Sykes whilst Markus Eschenbacher stays within the team, this time working with van der Mark. One other change is that Colin Edwards’ former crew chief in his title-winning years (2000 and 2002) Adrian Gorst comes in as team coordinator, whilst also providing technical oversight for van der Mark’s side. At the top level, Marc Bongers remains as BMW Motorrad’s Motorsport Director and Shaun Muir stays as team principal.

One of the most visible additions to the BMW in 2021 is the use of winglets which have the potential to generate downforce of approximately 16kg at high speed, whilst they also have a new engine which has an output of more 220 BHP at over 14,000 RPM, whilst also featuring a new exhaust system, new Nissin front brake calipers, as well as improved electronic durability, two-ring pistons, lighter titanium con-rods, new cylinder heads with new channel geometry. So, what’s the overall result? Reduced mass inertia, meaning acceleration of the bike is now more enhanced than before and increased performance in the corners. Enjoy a closer look at the new BMW here!

Commenting on some of the changes, Marc Bongers said: “It is a considerable step; we have titanium conrods, two-ring pistons, we have a higher RPM, so these ingredients definitely help us to improve the engine power, which we’ve done considerably over winter. It is good to see that we have clearly closed the gap to the top in terms of power. Furthermore, we have the winglets, an aerodynamic advantage, which helps us with the stability of the bike and the anti-wheelie function.”

A third year for Tom Sykes with the German manufacturer means that he will have the experience and the feeling to notice the changes and will hope to be in contention from the start. Having not been able to take a podium throughout the 2020 season, Sykes has performed well in testing and will hope that Aragon, the scene of his and BMW’s first front row back in 2019, will be kind to him when the season kicks off.

“My ambition is to win another World Championship on another manufacturer,” said a bold Sykes, citing his intentions with the BMW structure. “Obviously, when I first joined the project, it was because of BMW and SMR and it’s a great combination with a great manufacturer and great infrastructure, and we just need time. Of course, at some stage, the target is to win that World Championship. There’s a lot of competition and I’m not blind to that, so we’ll keep working but I’d like to start winning some races and being more consistently on the podium; after that, the rest looks after itself.”

Speaking of his new teammate Michael van der Mark, the 2013 WorldSBK Champion believes that the Dutchman will soon be on the pace: “It’s still early days for Michael on the bike, he’s still got things to learn but I’m sure he’ll find his feet very, very fast – obviously, hopefully not too fast, to give me a bit of a chance, but no, we will see! There’s a good balance inside the garage and so far, so good.”

Moving across from Yamaha to BMW for the 2021 campaign, 2014 World Supersport Champion and multiple WorldSBK race winner Michael van der Mark is relishing a new challenge and aims to be in the fight. However, he knows that with a new project, time is critical and developing and adapting is all part of the procedure in the long run.

Speaking after the Catalunya Test back in April, van der Mark said: “The first feeling was good. Always, the last couple of tenths are hard to find. After so many years on one bike, it’s not easy to change, also the riding style I have to adapt sometimes, and that’s always difficult. It depends also on the track and how we are feeling that day.

Not one, but two, yes TWO Independent teams for BMW to enjoy in 2021, with Jonas Folger (Bonovo MGM Racing) and Eugene Laverty (RC Squadra Corse) providing the action on the new M 1000 RR. Folger was fastest rookie at Catalunya during testing, whilst Laverty had to wait until the MotorLand Aragon test at the start of May to turn a wheel on the bike. Given the potential of both riders and the new motorcycle, it isn’t impossible to think that they’ll be fighting hard to be inside the top positions as the season evolves.

EVERY LAP. EVERY RACE. EVERY STORY. ALL LIVE: enjoy the 2021 season with the WorldSBK VideoPass!