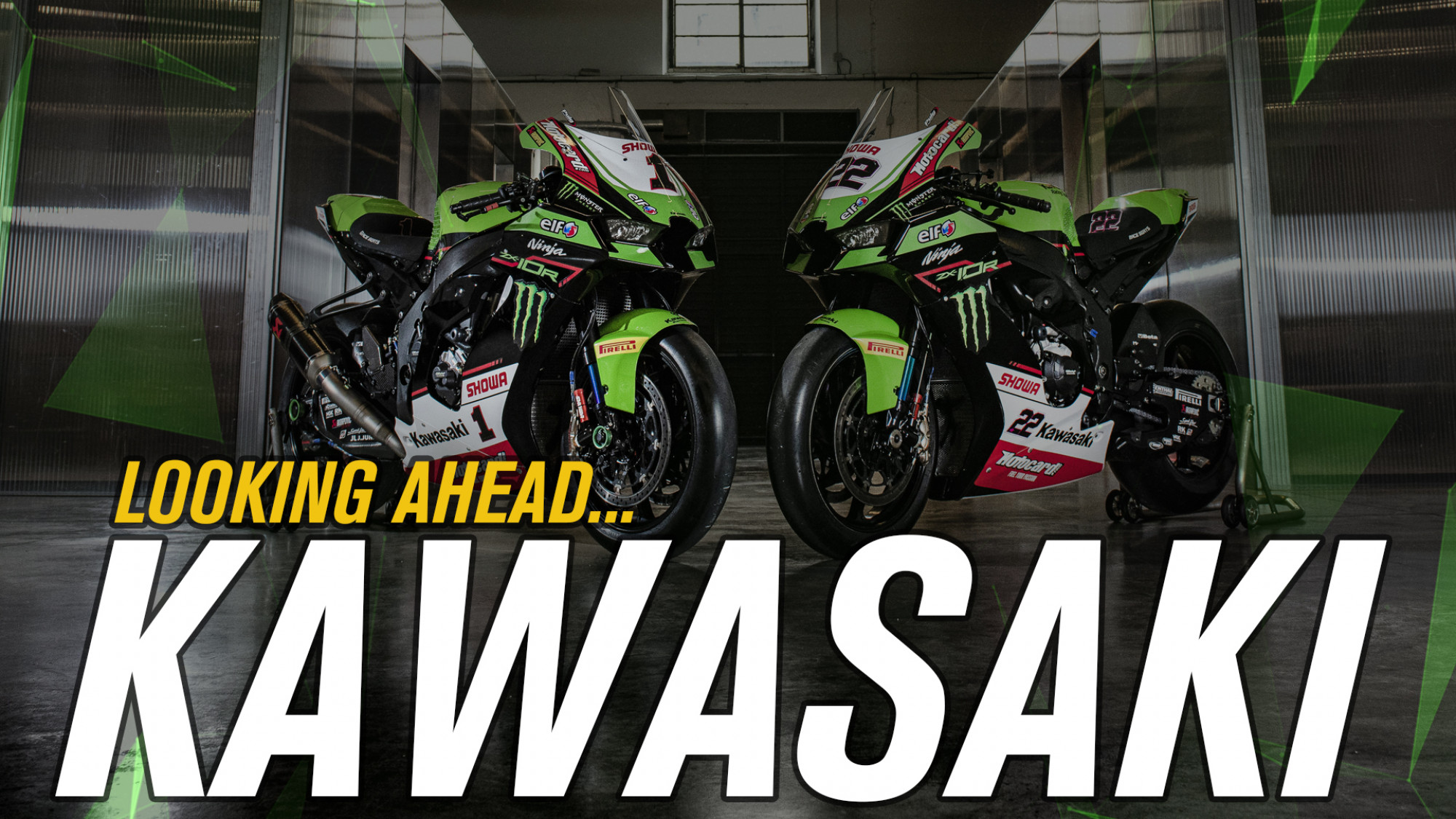 With the 2021 WorldSBK season now firmly on the horizon, the reigning Champions are the ones with the target on their back: can they be conquered this year?

The 2021 MOTUL FIM Superbike World Championship is full of headlines and stories. Innovations and revelations have reverberated around the paddock, with Kawasaki unveiling a new ZX-10RR, which features a new fairing, upgraded engine and aerodynamical refinements. One of the most talked about topics up and down the pitlane, the Japanese manufacturer will aim for a seventh title as reigning six-time Champion Jonathan Rea (Kawasaki Racing Team WorldSBK) and teammate Alex Lowes seek to celebrate more success throughout the season.

Kawasaki’s history in WorldSBK is glamourous, even more so in the last eight seasons, of which they’ve won seven riders’ titles (six with Rea, 2015 – 2020, one with Sykes in 2013). However, the opposition are always getting closer, and the gaps are constantly shrinking, meaning that Kawasaki, with the target on their back, are constantly having to push the envelope. However, in the words of Jonathan Rea, “Kawasaki don’t revolutionise just for the sake of it” and that is clear.

Talking about the power of the bike and the new aerodynamics, Rea’s crew chief Pere Riba explained in detail what the new motorcycle’s aims are: “We have a new fairing, and this has been done to help of course the aerodynamics in terms of speed but also at the same time, you know, to give a big help in terms of wheelie and downforce. The new engine has an increased RPM and also in terms of power, OK; we are looking to make a step forward because this always helps.”

“So, the first feelings with the brand-new ZX-10RR are quite new actually,” said Jonathan Rea, speaking at the second test with the new bike at MotorLand Aragon last November. “Especially from the outside, most people can see the fairing is quite different, so even the cockpit position is quite different, more coverage for my shoulders for example. Last year, I really requested more power as one of the hardest places to pass was on the straight for us and we have that; we have some extra power.”

In terms of the new season however, Rea isn’t shying away from the opposition and knows that he is going to be in close combat throughout the year: “Every season everyone starts from zero and you know, it’s going to be a very tough task. Every year, some new challenge comes from somewhere; a bike, a machine, rider, team whatever. This year, it will be no different. You see it as a new and harder challenge, it certainly doesn’t get easier! But you never know; I never expected the last two seasons to go the way they did.

“This year, I think in Superbike right now you’ve got to expect the unexpected. There’s a lot of riders in the satellite teams that are fast, lot of factory riders in factory teams that can win races – last year there were seven winners, yeah, so that’s impressive for a production-based Championship. We’ve just got to be consistent and be there and do our job and if we can do that, then I’m sure we’ll be fighting until the end. I think the main threat will come from Ducati, inside the Ducati box. Whether that’s the satellite bike of Chaz or the factory bikes of Rinaldi and Redding, you never know. Last year, Scott proved himself to be very fast, Chaz at time as well, Rinaldi, also Toprak; I could go on name ten riders, so that is why I say that it’s very hard to pinpoint one, so yeah, it is Superbike racing, anything can happen!”

For teammate Alex Lowes, he hopes for a more consistent 2021: “I’m looking forward to getting started. I had an issue with my shoulder in the winter, but it is feeling good now and I am looking forward to testing with the new bike, getting everything in place to start the season. The target is to be challenging every weekend, doing the best I can every weekend and win some more races, get on the podium and see where we are at the end of the Championship.”

What is clear is that Kawasaki are, once again, the favourites for the title but with their new motorcycle, it’s clear they’ve acknowledged that the opposition is closing them down. The new improvements with regards to the aerodynamics and power will be crucial as they go to retain their crown for a seventh season running but can they do it, and you can look at the Kawasaki technical gallery from the Barcelona Test at the start of April, here. The main factory team will also have the back-up of the Independent teams, which will also use the new ZX-10RR. Lucas Mahias (Kawasaki Puccetti Racing), Isaac Viñales (ORELAC Racing VerdNatura), Loris Cresson (TPR Team Pedercini Racing) and teammate Samuele Cavalieri are all rookies, aiming to stamp their authority in the class.

Find out all the answers to the 2021 World Superbike season with the WorldSBK VideoPass!