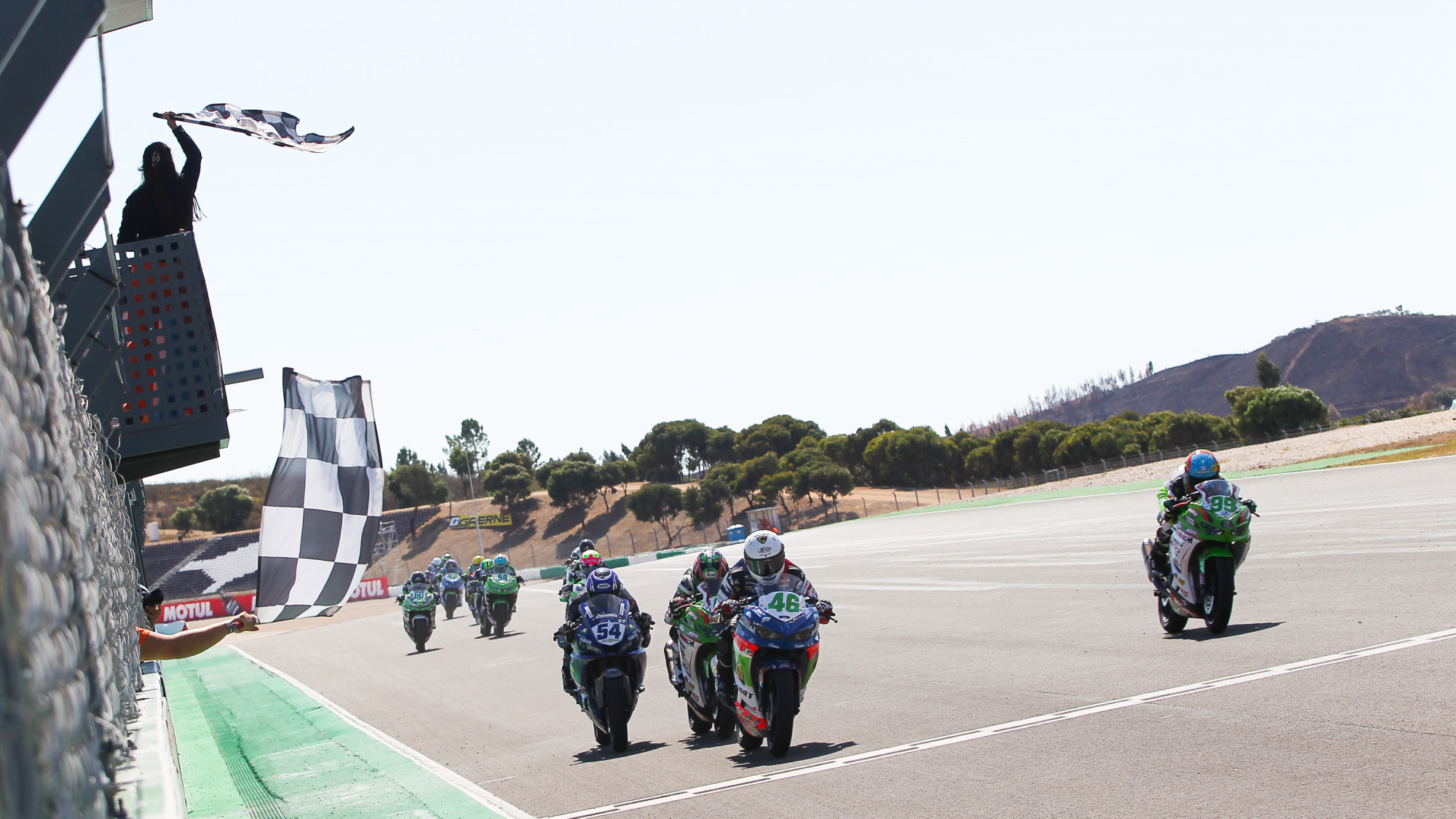 Race 1 for the FIM Supersport 300 World Championship proved to be the title-deciding round at the Autodromo Internacional do Algarve as Adrian Huertas (MTM Kawasaki) was crowned the 2021 Champion during the Motul Portuguese Round after teammate Jeffrey Buis retired from the race after contact with Huertas, while French rider Samuel Di Sora (Leader Team Flembbo) claimed his maiden WorldSSP300 victory; the 20th different winner in the class.

CHAMPIONSHIP CHALLENGES ON THE CHARGE

As the lights went out, the two riders in Championship contention jumped to the front of the field with Adrian Huertas (MTM Kawasaki) holding the lead from pole position despite heavy pressure from Jeffrey Buis. As the third lap of the race got underway, Huertas had managed to battle his way in front after losing out, before Buis found himself shuffled down the order as Huertas re-took the lead of the race.

Buis lost out in terms of the lead group and had to battle to make sure he could re-join the group fighting for victory and he was able to do so, finding himself battling again with his teammate on Lap 7 of 13, taking the lead on Lap 8 of the race. As the ninth lap started, Buis attempted an overtake on Huertas into the Turn 3 hairpin with the Dutchman retiring from the race, enough to crown Huertas as the 2021 Champion.

The battle for race victory went down to the wire in Portimao and it was Di Sora who would go on to claim victory in Race 1 by just 0.067s, his first victory in WorldSSP300 and also the first victory for France in the class, with Huertas finishing second place after Yuta Okaya (MTM Kawasaki) was demoted one place for exceeding track limits on the final lap. Okaya’s podium means he claimed his third podium of 2021 and the fifth of his career.

Turkish star Bahattin Sofuoglu (Biblion Yamaha Motoxracing) was in fourth place after battling his way up the grid to finish inside the top four, ahead of the returning Tom Booth-Amos (Fusport – RT Motorsports by SKM – Kawasaki) in fifth place; Booth-Amos had missed the Spanish Round at Jerez due to an injury sustained in Catalunya. Rookie Dirk Geiger (Fusport – RT Motorsports by SKM – Kawasaki) claimed sixth place after a strong result for the German rider, finishing 0.005s clear of Iñigo Iglesias (SMW Racing).

Koen Meuffels (MTM Kawasaki) had found himself in the lead group throughout the race but found himself down in eighth place, just 0.007s behind Brazilian star Meikon Kawakami (AD78 Team Brasil by MS Racing) in ninth and Bruno Ieraci (Prodina Team WorldSSP300) rounding out the top ten as the Italian continues to impress on his return to the Championship.

Kevin Sabatucci (Kawasaki GP Project) was 11th after being promoted one place after Oliver König (Movisio by MIE) was demoted one place for exceeding track limits on the final lap, ahead of Ruben Bijman (Machado CAME SBK) in 13th place. Italian rider Alfonso Coppola (Team Trasimeno) was in 14th place with 2018 Champion Ana Carrasco (Kawasaki Provec WorldSSP300) rounding out the points.

Indy Offer (SMW Racing) and wildcard Dinis Borges (Speed Master Racing Team) were the first two retirements of the race following an incident at Turn 5, with Offer taken to the medical centre for a check-up following the crash. Offer was declared fit following the check-up, with multiple contusions and abrasions. Facunda Llambias (Machado CAME SBK) and Jose Luis Perez Gonzalez (Accolade Smrz Racing) came together at Turn 13 on the fourth lap, which was placed under investigation by the FIM WorldSBK Stewards with no further action deemed necessary. Llambias was taken to the medical centre following the crash and was declared unfit with a suspected left wrist radius fracture. Perez Gonzalez later had another crash which forced the Spanish rider out of the race while Gabriele Mastroluca (ProGP Racing) and Petr Svoboda (WRP Wepol Racing) crashed at Turn 4 on Lap 5, forcing both riders out of the race.

Joel Romero (SMW Racing) served the second of his pit lane starts for a technical infringement and his race went from bad to worse after he was given a Ride Through penalty for speeding in the pitlane. Victor Steeman (Freudenberg KTM WorldSSP Team) also started from the pitlane for the second race as his sanction for an engine allocation infringement, finishing in 29th place.

Watch the final race of the WorldSSP300 campaign from Portimao at 16:15 Local Time (GMT+1) on Sunday using the WorldSBK VideoPass! 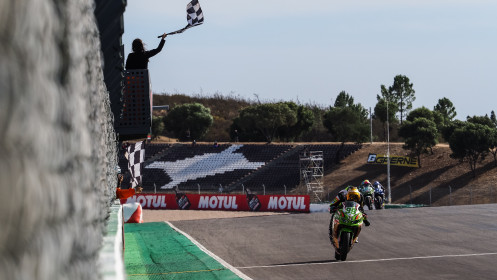 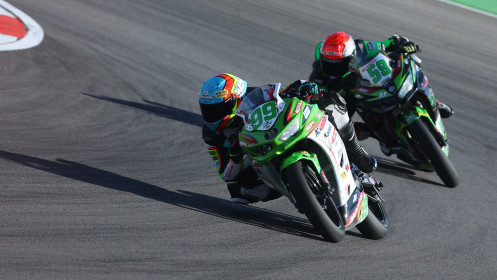 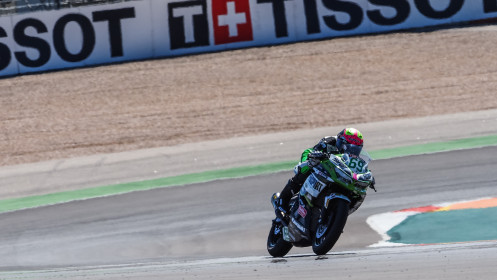