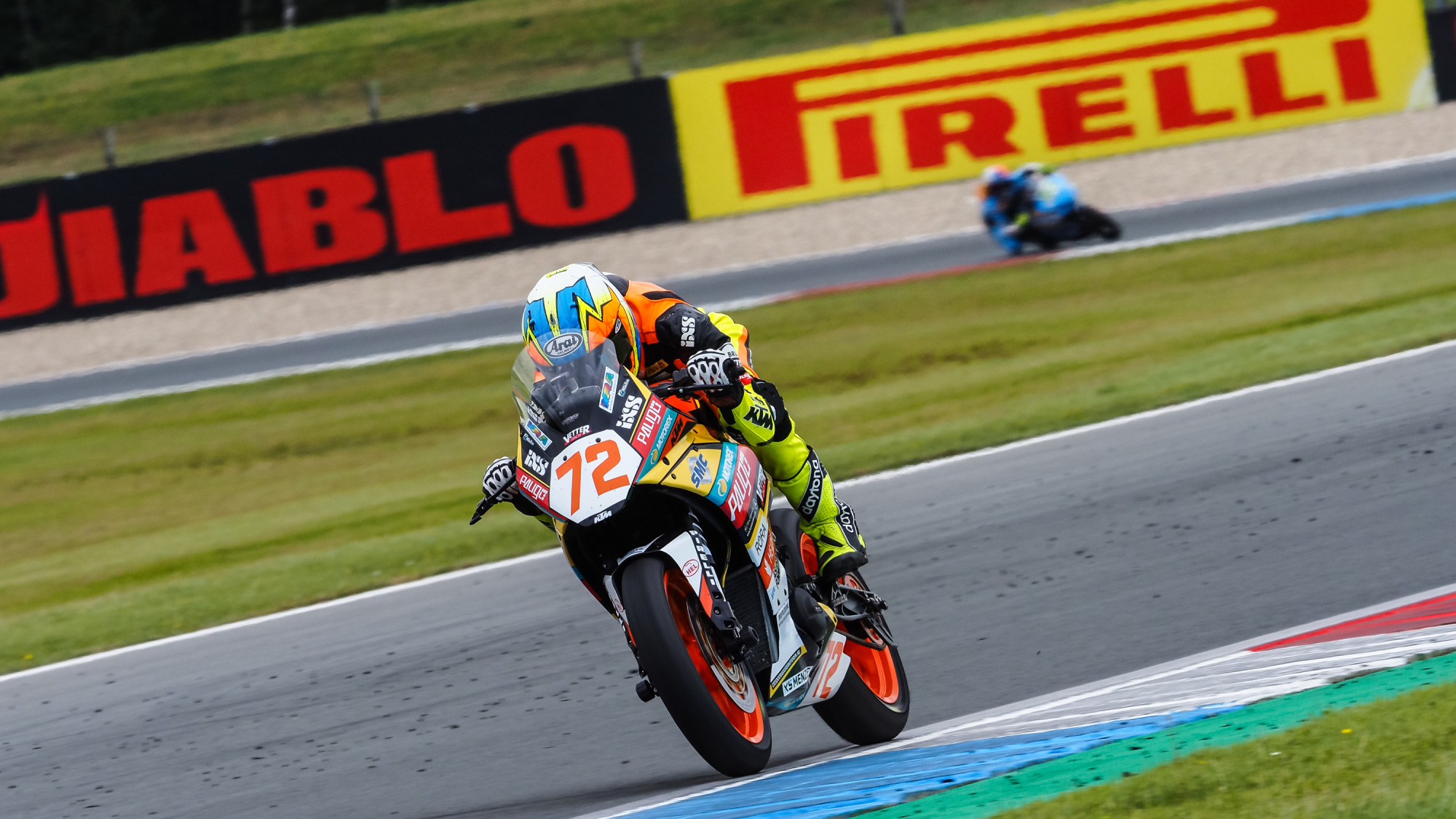 With the Dutch fans returning to the grandstands at the TT Circuit Assen for the Prosecco DOC Dutch Round, it was home hero Victor Steeman (Freudenberg KTM WorldSSP Team) who topped the timesheets in the FIM Supersport 300 World Championship ahead of his home round, running three tenths clear of his nearest rival.

Steeman posted a lap time of 1’48.710s in the 30-minute Free Practice 2 session, with the Dutch rider one of only two riders to lap in the 1’48s bracket. He was joined by Bahattin Sofuoglu (Biblion Yamaha Motoxracing) in that bracket, with the pair separated by almost three tenths after the day’s running. Dutchman Koen Meuffels (MTM Kawasaki) completed the top three.

COMPLETING THE TOP TEN – AS CLOSE AS EVER

WorldSSP300 has a reputation for being a close and competitive class and the start of the Dutch Round has proved no exception ahead of racing, with Ana Carrasco (Kawasaki Provec WorldSSP300) in fourth; the 2018 WorldSSP300 Champion less than a tenth away from a place in the top three. British rider Tom Booth-Amos (Fusport – RT Motorsports by SKM – Kawasaki) claimed fifth place, ahead of Samuel Di Sora (Leader Team Flembbo) in sixth; the French rider had topped Free Practice 1 in the morning in the Netherlands.

FIGHTING FOR THE TOP TEN

Reigning Champion and home hero Jeffrey Buis (MTM Kawasaki) missed out on a spot inside the top ten by just 0.021s as he looks to kickstart his season on home soil, with teammate Yuta Okaya just behind in 12th. Oliver König (Movisio by MIE) claimed 13th place after Friday’s running, with Hugo de Cancellis (Prodina Team WorldSSP300) and Mirko Gennai (Team BRcorse) completing the top 15.

After taking a podium last time out at Misano, Meikon Kawakami (AD78 Team Brasil by MS Racing) found himself out of the top 15 with 16th place, ahead of Johan Gimbert (OUTDO TRP Team Pedercini Racing). Kevin Sabatucci (Viñales Racing Team), Ruben Bijman (Machado CAME SBK) and Inigo Iglesias (SMW Racing) completing the top 20; Iglesias having a crash at Turn 10 late on in the second practice session.

Wildcard Thom Molenaar (Molenaar Racing Team) had an eventful debut day on the KTM RC 390 R when he came off his machine in the early stages of Free Practice 2 but was able to take his bike back to the pitlane. The Dutchman returned to the track but had another accident in the closing five minutes of FP2, this time at Turn 10. Petr Svoboda (WRP Wepol Racing) also had an accident in the afternoon session, coming off his Yamaha YZF-R3 between Turns 7 and 8; the Czech rider able to take his machine back to the pitlane.

Don’t miss any of the action from WorldSSP300 in the Netherlands using the WorldSBK VideoPass! 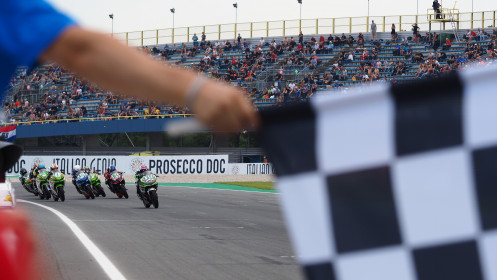 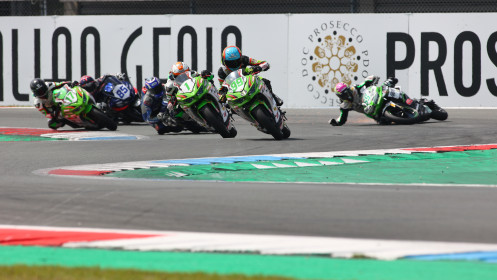 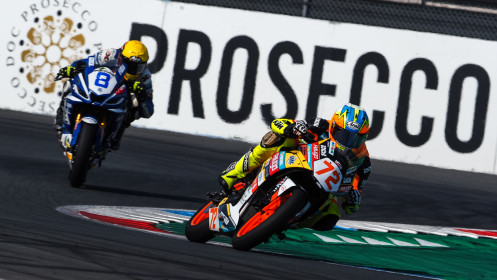