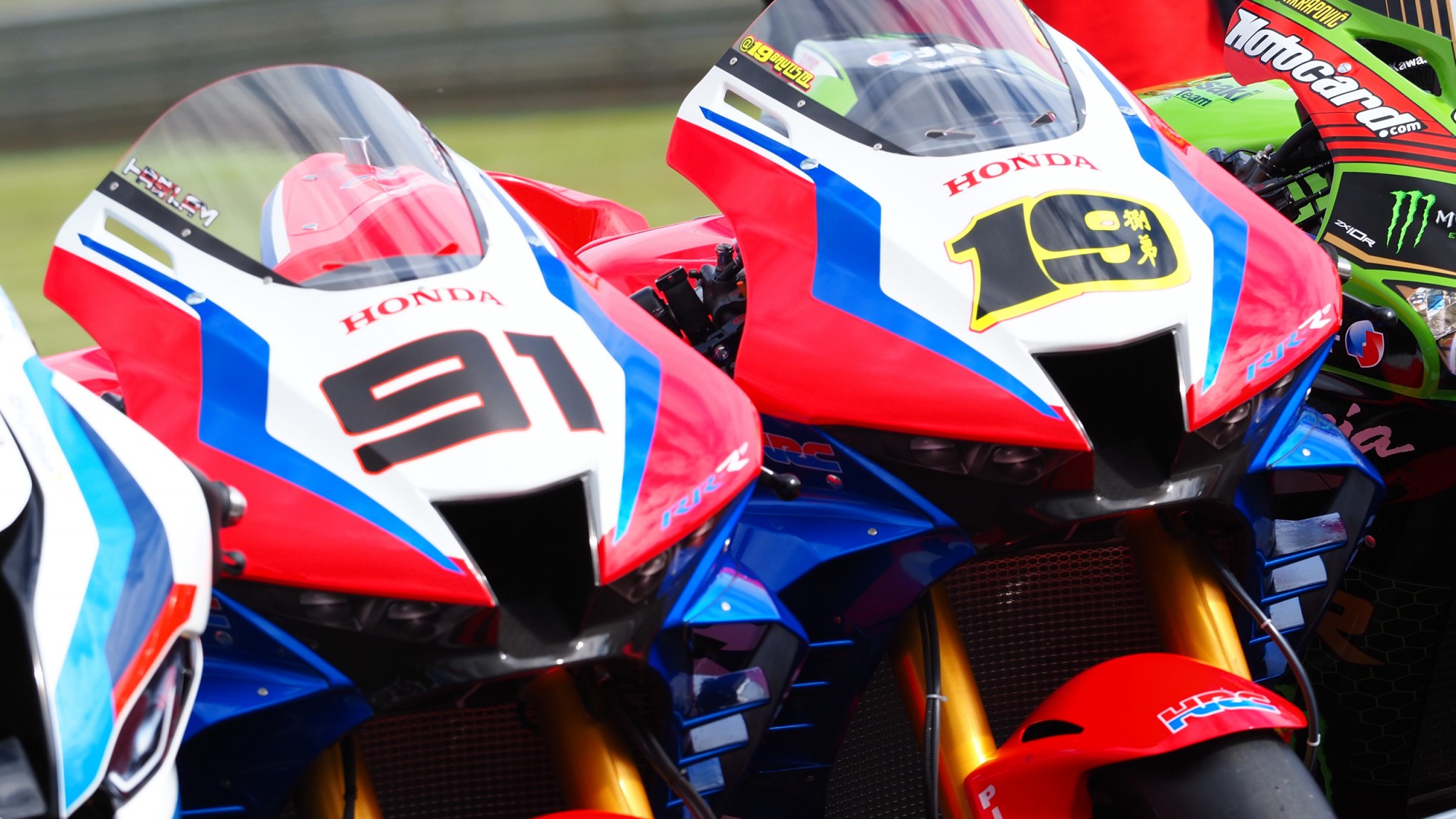 Honda riders Leon Haslam and Alvaro Bautista discuss new bikes, the 2021 calendar and targets ahead of the 2021 season…

Team HRC riders Leon Haslam and Alvaro Bautista took part in a question and answer session on Thursday as the Japanese manufacturer kicked off their 2021 season with the traditional announcement of Honda’s racing places in various motorcycling championships around the world, with Haslam and Bautista answering a range of questions from the progress of the Honda bike to the new machines being introduced for the 2021 MOTUL FIM Superbike World Championship season.

One topic of conversation with the riders was the introduction of new bikes for 2021 with Kawasaki introducing the new ZX-10RR and BMW bringing the all-new M 1000 RR machine. Discussing the new ZX-10RR, Haslam said: “I think, knowing Kawasaki for many years, the reason they are competitive is because nothing has really changed; they get the maximum out of a very solid team, with the same rider and the same everything which is kind of the opposite of where we are now with the Honda. I think the capability of the Honda is much higher and, everything they have we will gain with time and experience. I think the new Kawasaki will be a small step but also they have to refine this small step to have the same competitiveness of the past.”

While Honda’s first win as a factory team did not come in 2020, both riders are positive it will be soon with Bautista explaining how he feels the bike is performing at “70-75% of its maximum performance”. He said: “I think right now we are at 70-75% of our maximum performance. From the beginning of the season to the end, we took a big step and now, especially the last races, I started to feel the bike more in my hands. Even if the results were not podiums or victories, the feeling with the bike was quite good. I started to feel much better with the bike and also for me, this was a big challenge because in all my life with the four-stroke bikes, I used a v4 and now it’s an in-line engine, it’s quite different. This year I was learning how to ride with this type of engine. I think with some adjustment and requests from Leon and me to the Japanese engineers, next season we can be very close to 90-95% of our maximum performance. It will be enough to fight for podiums and hope to try to gain that 5-10% to allow us to fight for victories.”

Haslam is one of the most experienced riders on the grid with 278 starts in WorldSBK to his name since 2003, having competed in the Championship in 2003 and 2004 before returning full-time in 2008. The British rider was positive about the Championship’s current form, saying: “I’m very happy as I’ve experienced racing with some of the legends, like Bayliss and Biaggi and I think I’ve been on the podium with six different manufacturers now but honestly it’s an exciting time. With Honda coming back to the Championship, the effort all the other manufacturers like Yamaha, Ducati, Kawasaki and BMW is probably the strongest I have seen from the competition but also the manufacturers. To be involved with a manufacturer directly, especially HRC, is probably the most exciting time and also for me, over the years you have an expectation where you can be with the bike and the team, and this for me is the most exciting because I know, in time, we can win.”

Follow all the action throughout the 2021 WorldSBK season using the WorldSBK VideoPass!