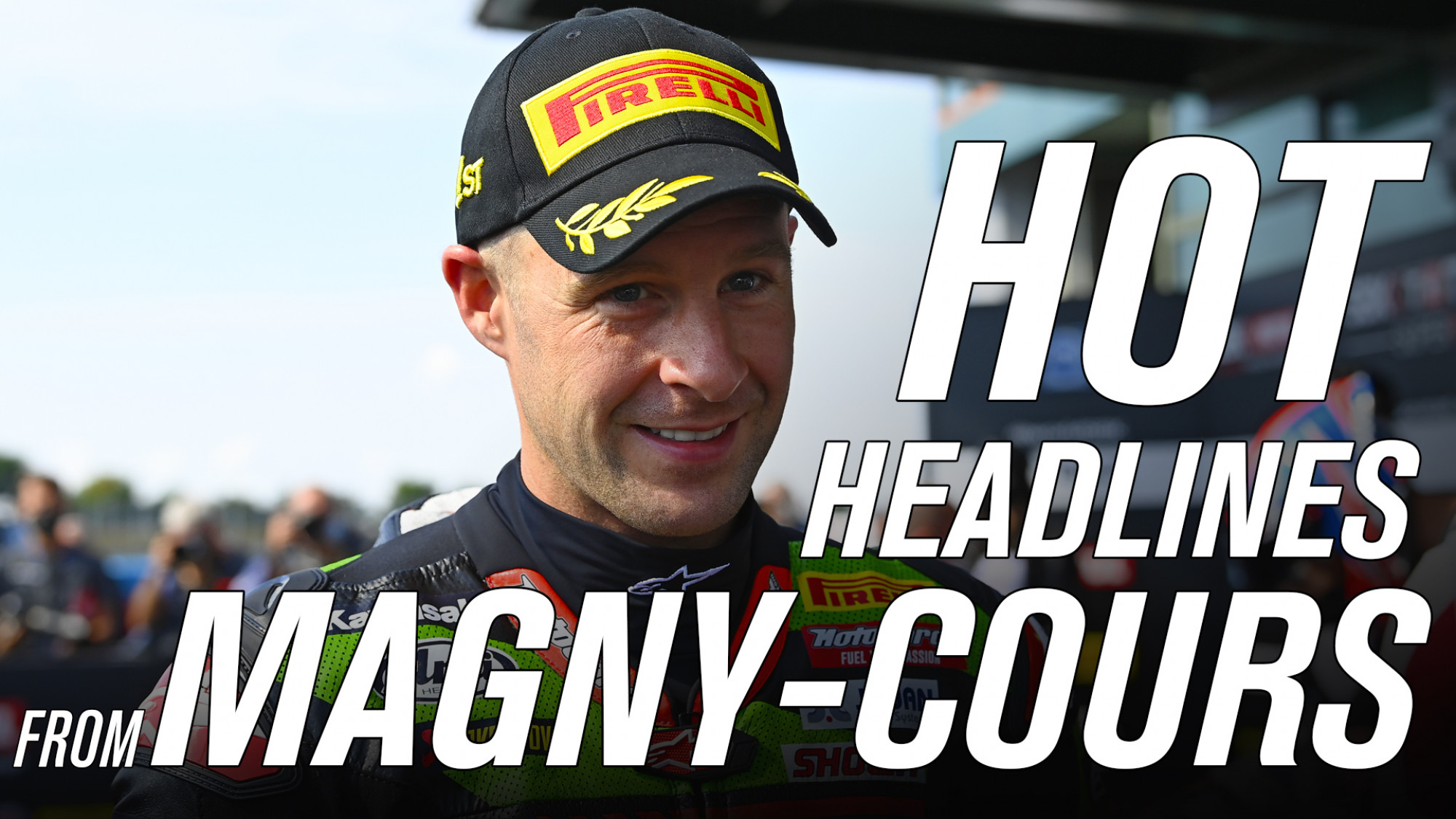 From a titanic rivalry on-track to a fierce feud off it, Magny-Cours exploded into a war of words, whilst the two stars at the front get ready for history to repeat itself…

The 2021 MOTUL FIM Superbike World Championship saw one of its most explosive weekends yet at the Circuit de Nevers Magny-Cours and the Motul French Round. However, there was plenty of post-race fallout and drama. From the desire for 2002-style showdown to team managers feuding and one rider riding like an animal to stay in contention, the hot headlines from this weekend are on fire.

Jonathan Rea (Kawasaki Racing Team WorldSBK): “My wish is to win a Championship on the last lap of the last race, like Colin Edwards and Troy Bayliss”

Speaking about the prospect of a final race showdown for Championship supremacy, reigning six-time World Champion Jonathan Rea glanced back and gave a nod to history: “It would be my wish is to win a Championship on the last lap of the last race, like Colin Edwards and Troy Bayliss, it’s the most iconic Championship, I think, in history. I remember watching that race in my dad's office, and I can remember my feelings as a young boy watching that last lap and hanging on every corner. So, I want that, but then you don't want the stress of it either! It's it's not going to be easy, you know, I'm preparing myself for a fight with with Scott and Toprak. It might get scrappy… but to have three different manufacturers as well, that’s nice!”

Toprak Razgatlioglu (Pata Yamaha with Brixx WorldSBK): “We are fighting with Jonny… a legend in WorldSBK!”

With Jonny in we are fighting in the last laps; I push because I need this win and I'm really happy. This year I try for 10 wins, 12 wins, I don't know how many, but I’ll just try for these numbers. In every race, we improve a little bit. For me, this is the best season. We are fighting with Jonny and he's a legend in WorldSBK. It’s not easy fighting with him, because he's also strong. Every race weekend, big change in the Championship.

Scott Redding (Aruba.it Racing – Ducati): “I was fighting like an animal”

After a difficult Race 1, it was a turnaround on Sunday for Redding, who had to put in a physically demanding race to get his bike back on the podium: “I try not to look at the temperature. I don't like seeing big numbers on the screen. I said to the guys in the garage, ‘if I can start on the first two rows, that's my first objective of this morning’, I need to be on the first two rows. That's why I was fighting like an animal out there to try and do that.

“I got some clear track at the end of the Superpole Race, and I had a good pace. I couldn't stop the bike, but I was making good laps. I said, ‘right, done my bit, I need a bike that stops a little bit better just so I don't make the mistakes, and I think I can get on the podium.’ If I can get on the podium, it’s like a win for me in this situation, as bad as it was in Race 1. I executed it perfectly; if we could’ve just had a little bit out of the slow corners, I think I could’ve battled a little bit with Jonny towards the end; they weren't really a lot faster than me anywhere, I just couldn't get out of the corners.”

Coming on stronger and stronger with each round, Andrea Locatelli’s aim is more than just to get more podiums in 2021, but also to help teammate Toprak in the title: “I want to help if I can. I will help Toprak because for me also my opportunities maybe to finish with the team in first position. This is for me so good. And for me, for my career, for everything, for my experience, for my attitude. Also, because Toprak helped me during the winter-time to try to improve a little bit.”

Michael van der Mark (BMW Motorrad WorldSBK Team): “It's unusual and has to be fixed”

Talking about the technical issues encountered in FP3, Michael van der Mark spoke of the importance of every session for the M 1000 RR: “We had a technical issue, and we knew straight away I couldn't go out again. It's a shame because it's happened a couple of times this year. And FP3 is really important. Every session is important, but we tried a few things on the bike and it's not ideal to go into Superpole doing your first laps on the day.” Continuing later on, the Dutchman said that the problems must be addressed: “It's unusual and has to be fixed. Saturday was a similar thing but it's something which we cannot control.”

Following Toprak Razgatlioglu’s penalty for a track limits infringement on the last lap of the Superpole Race due to a Kawasaki protest, Pata Yamaha team manager Paul Denning didn’t hold back: “It’s disappointing because honestly, genuinely, it’s not something we would’ve done… if this is the way Kawasaki want to play, then maybe the sporting atmosphere will change a little bit.” You can watch the full interview here.

On the other side of the argument, Guim Roda clarified his position: “For me, it was enough to refer to the rules and make a comment to the FIM WorldSBK Stewards. Ultimately the decision is not mine, it is the FIM who consider independently, this is the same for everyone.” You can get all of Roda’s reaction to the penalty here.

Watch all of the drama unfold LIVE with the must-have WorldSBK VideoPass!