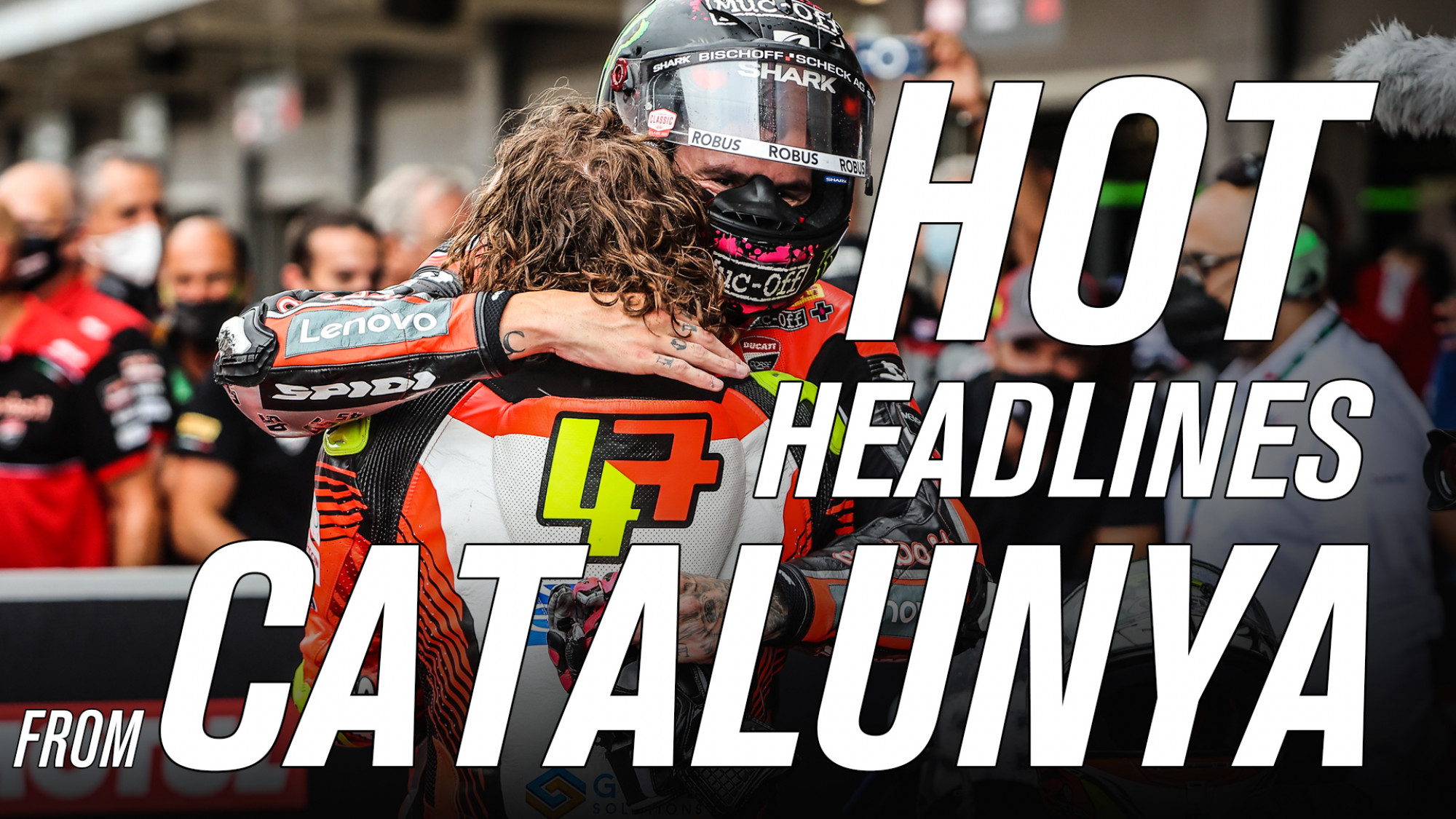 The hard-hitting quotes from the Barcelona battleground, with plenty of trending topics

The 2021 MOTUL FIM Superbike World Championship season is in full swing, and the Hyundai N Catalunya Round saw numerous stories rock the paddock. From heroic first podiums, iconic battling and red-hot resurgences, the weekend had it all. Now it’s time to unleash all of the hot headlines from Catalunya, with more rivalries being formed and the battle for supremacy being turned up even further.


Michael Ruben Rinaldi (Aruba.it Racing – Ducati): “I’m really happy to bounce back after a lot of criticism after Misano”

Speaking about a first race win since Misano and the third of the year, Michael Ruben Rinaldi proved his critics wrong: “I had to go back on top, you know, there has been difficult races after Misano. I want to thank my team, because they always supported me; they never complained about me. We always just wanted to understand what's happened at the track because sincerely, I knew we could be fast. Sometimes, it's not easy. In some tracks, maybe my riding style is not good and I have to improve, but also when the bike is good, I'm good. The same in the same track when the bike is not so good at some tracks. Of course, my riding style is not so good at this track. So, I’m really happy to bounce back after a lot of criticism after Misano. So, so good to be back on top of the podium.”

Toprak Razgatlioglu (Pata Yamaha with Brixx WorldSBK): We are always fighting with Jonny! Every race we are fighting and also touching, but no problem!"

Leading the Championship by just a point, Toprak Razgatlioglu commented on how the close racing and the title battle looks from a fan’s perspective: “Outside watching it is very, very good! I don't know but sometimes he's fast. Sometimes I'm fast. Also, in Race 2, Michael was very fast and I try for the best position. But I think we are fighting always with Jonny. Every race we are fighting and also touching. But no problem. Also, he's trying for best position. This is normal. Every rider tries for best position. But this weekend, you know yesterday, Race 1 was very bad luck. So we don't take a point. Normally we take points when we are the front. I say again I'm smiling. Because I'm not looking at the Championship. I'm just trying every race for a win.”

Jonathan Rea (Kawasaki Racing Team WorldSBK): “We need to really fix and make it better for next week, because I can imagine the same issues happening…”

After a tricky Race 2, Jonathan Rea reckons that his problems in the high temperatures of Jerez may well surface again, saying: “I think the problems we faced today, we need to really fix and make better for next week, because I can imagine the same issues happening. So definitely work to do, where I've got a technical debrief now in two minutes. So try to do that and and try to improve, because it's hard, the pace in the front, it's difficult, and we really need to improve the package…”

Axel Bassani (Motocorsa Racing): “I feel like Superman… it was fantastic to stay with Jonny and Toprak! It was like a dream!”

From the fourth row to the podium, Axel Bassani’s emotional Saturday saw him become man of the moment, as he comments on battling with Razgatlioglu and Rea: “I'm very happy, very good results. I feel like Superman now! I tried to finish first, but Scott had a very good pace in the last two or three laps and I want to say congratulations to Scott because today he was the best rider on the track. It was fantastic to stay with Jonny and Toprak, it was like a dream! I think only in the in the first session. We did a lot of overtakes with Toprak in the first part of the race. I had a little bit more patience than him, so I tried to overtake but Toprak is a very difficult man to overtake and so I say to me 'stay calm, use Toprak to get to Jonny' and we did it. It was a very strange feeling, but I was very happy under the helmet!”

Not mincing his words, Scott Redding dug deep for Race 1 victory and never gave up: “I thought, s**t, but I'm still able to do something; that kept me motivated. Don't give up and just dig in. You go down, you go down. So, I just tried, and it was a bit better, a bit better; I was catching, catching. I'll just keep this rhythm. That was why when I passed Bassani, I didn't realise that I put a gap, I thought he was still on my wheel. It was one of those races. It just went down and then flipped it. It was mad but great! I did feel a bit guilty passing Bassani with two laps to go to take his first race win. He rode well, a really good race!”

Alvaro Bautista (Team HRC): “My obsession is to win!”

“I'm happy for everybody, especially for the engineers because believe me, they are working really hard but what I say many times with this Championship, with the rules, is that it is difficult to make big changes. They are working a lot in the small details to try to get the maximum from this bike. For sure, everybody deserves this result. In any case, for me was not an obsession to get a podium this year; my obsession is to win! I'm working for that and we are on the way.”

Watch the remainder of the 2021 season for 9.99€ with the WorldSBK VideoPass!