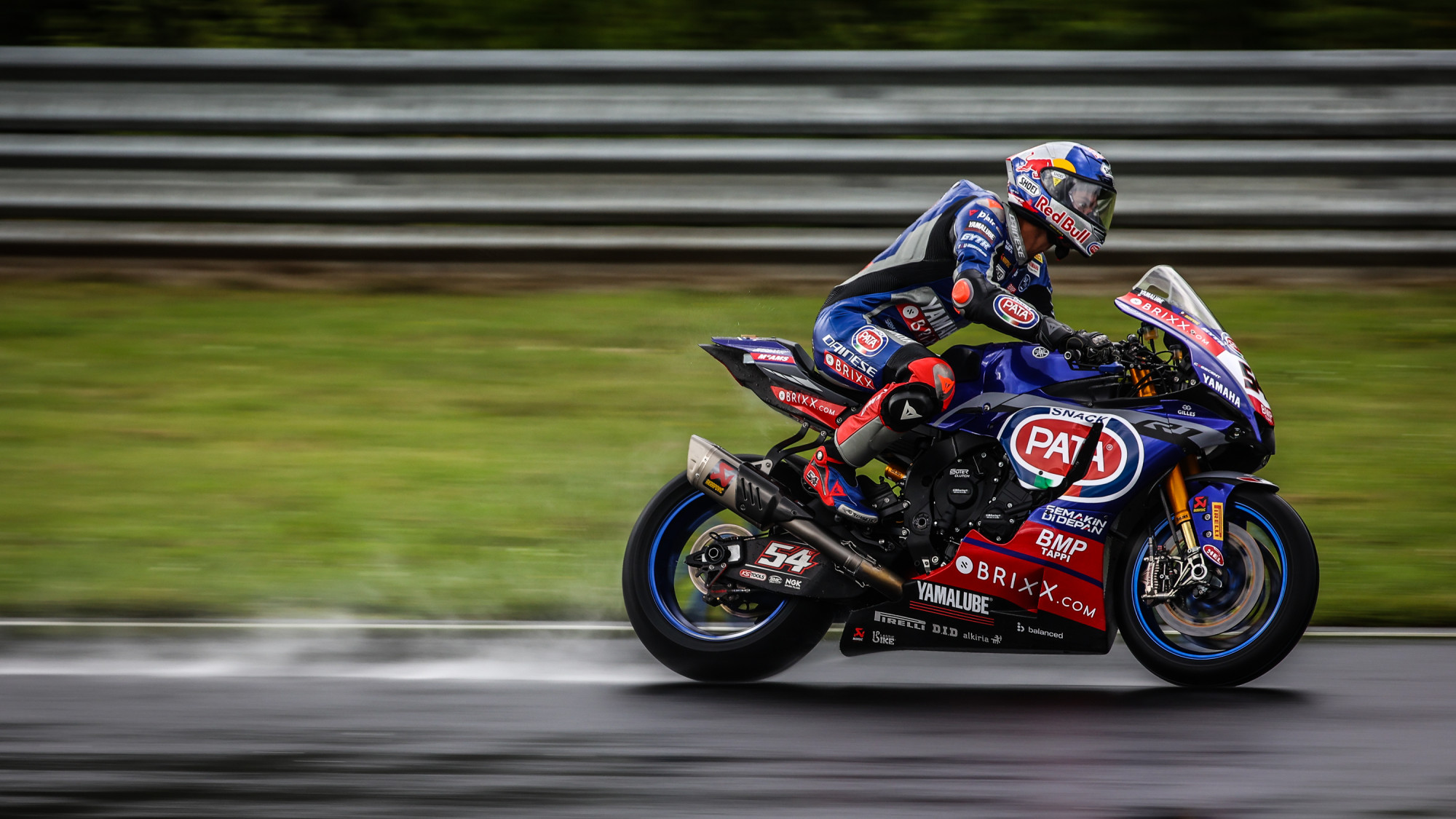 FP2 for the 2021 MOTUL FIM Superbike World Championship at the Autodrom Most saw the heavens open and the rain lash down right at the start of the session, with a wet weekend in prospect. WorldSBK’s first day of action was blighted by weather from start to finish after an initial delay to the day’s action due to heavy fog. Come the close of business on day one, it was Toprak Razgatlioglu (Pata Yamaha with BRIXX WorldSBK) who led the way on the combined times after a dry FP1, with Alex Lowes (Kawasaki Racing Team WorldSBK) and Scott Redding (Aruba.it Racing – Ducati) completing the top three, with just 14 riders setting a time in the wet afternoon session.

TOPRAK BOUNCES BACK, LOWES IN THE MIX: Yamaha vs Kawasaki?

Razgatlioglu had a rather quiet opening session, never dropping outside of the leading positions before vaulting into top spot with less than ten minutes to go. Setting the fastest ever two-wheeled lap around Most, the Turkish rider only did two laps in FP2 and was second, but overall, it was an inconclusive but positive opening day at Most. Teammate Andrea Locatelli (Pata Yamaha with BRIXX WorldSBK) was also in contention and was up the order in fifth place, the Italian building on his prosperous Assen podium from two weeks ago.

Flying the flag for Kawasaki, Alex Lowes elevated himself into second place right at the close of FP1 in the morning. The British rider was exactly six tenths from Toprak’s sensational top time, whilst his teammate Jonathan Rea (Kawasaki Racing Team WorldSBK) was a solid sixth as both KRT riders took to the Most circuit for the first time. Rea was 0.840s behind Razgatlioglu and thus heads into Saturday with the Turk as his target, but Rea will be confident in the process and will of course be right in the mix come action on Saturday. Neither rider ventured out in FP2’s rain.

Lying third going into Saturday is Scott Redding, with the 2020 runner-up led the way for most of the session. Being pipped in the closing stages, Redding will be hoping that Most’s unpredictability will bring him back into contention for the Championship. The British rider’s teammate, Michael Ruben Rinaldi (Aruba.it Racing – Ducati), languished in 13th on the combined times and will have work to do to get on the pace on Saturday, and didn’t head out in the wet FP2.

WILDCARD REVELATIONS: Fritz and Hanika amongst the factory teams

Leading the Independent charge and to the surprise of everyone was Marvin Fritz (IXS-YART Yamaha), with the German rider wildcarding and debuting in WorldSBK aboard a bike that is slightly modified in comparison to what he rides in the EWC. He was fourth, whilst the next Independent rider was his fellow wildcarding teammate, Karel Hanika. The Czech rider was ninth as both proved to be revelations on day one at Most as both were inside the top ten in the wet too; he was one place higher than Garrett Gerloff in tenth, who topped the wet FP2 and made it five Yamahas in the top ten overall, whilst Axel Bassani was top Independent Ducati in 12th and third in the afternoon.

Flying the flag for BMW and right in the mix is Tom Sykes (BMW Motorrad WorldSBK Team). He took seventh in FP1 and thus on the combined times and stayed in his box for the wet weather in the afternoon. Teammate Michael van der Mark was 11th overall but did two laps in FP2 to finish eighth, but during the heavier rain, opted to stay inside his garage.

Making it five manufacturers inside the top eight places was Alvaro Bautista (Team HRC), with the Spaniard back at Most for the first time since 2002. He managed to get an early lap in during FP2 and was fourth then, whilst teammate Leon Haslam was one of the first riders to get out on the track in the soaking wet conditions. The ‘Pocket Rocket’ headed out with less than 20 minutes to go and did nine laps. He was 14th on the combined times with his dry time being the representative one, so it was a mixed bag for Honda after day one.

In 16th place was Tito Rabat (Barni Racing Team) as the Spanish rookie heads to Most for the first time, with him rising to tenth in the afternoon’s rain. Chaz Davies (Team GoEleven) was next up ahead of Japan’s Kohta Nozane (GRT Yamaha WorldSBK Team), who was 12th in the wet running. Isaac Viñales (ORELAC Racing VerdNatura) was next up ahead of Christophe Ponsson (Gil Motor Sport – Yamaha), Alessandro Delbianco (MIE Racing Honda Team), Loris Cresson (OUTDO TPR Team Pedercini Racing) and his new teammate Jayson Uribe from America.

Watch the rest of the action from Most and beyond with the WorldSBK VideoPass! 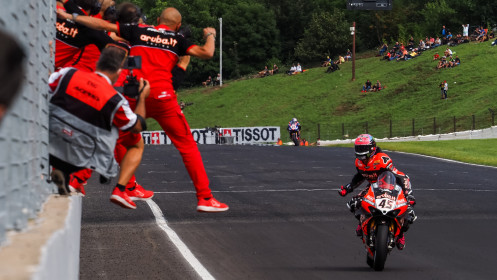 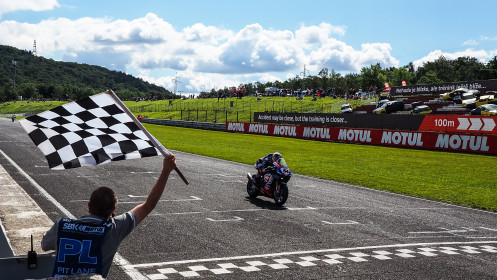 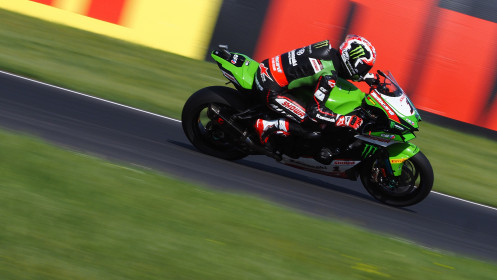