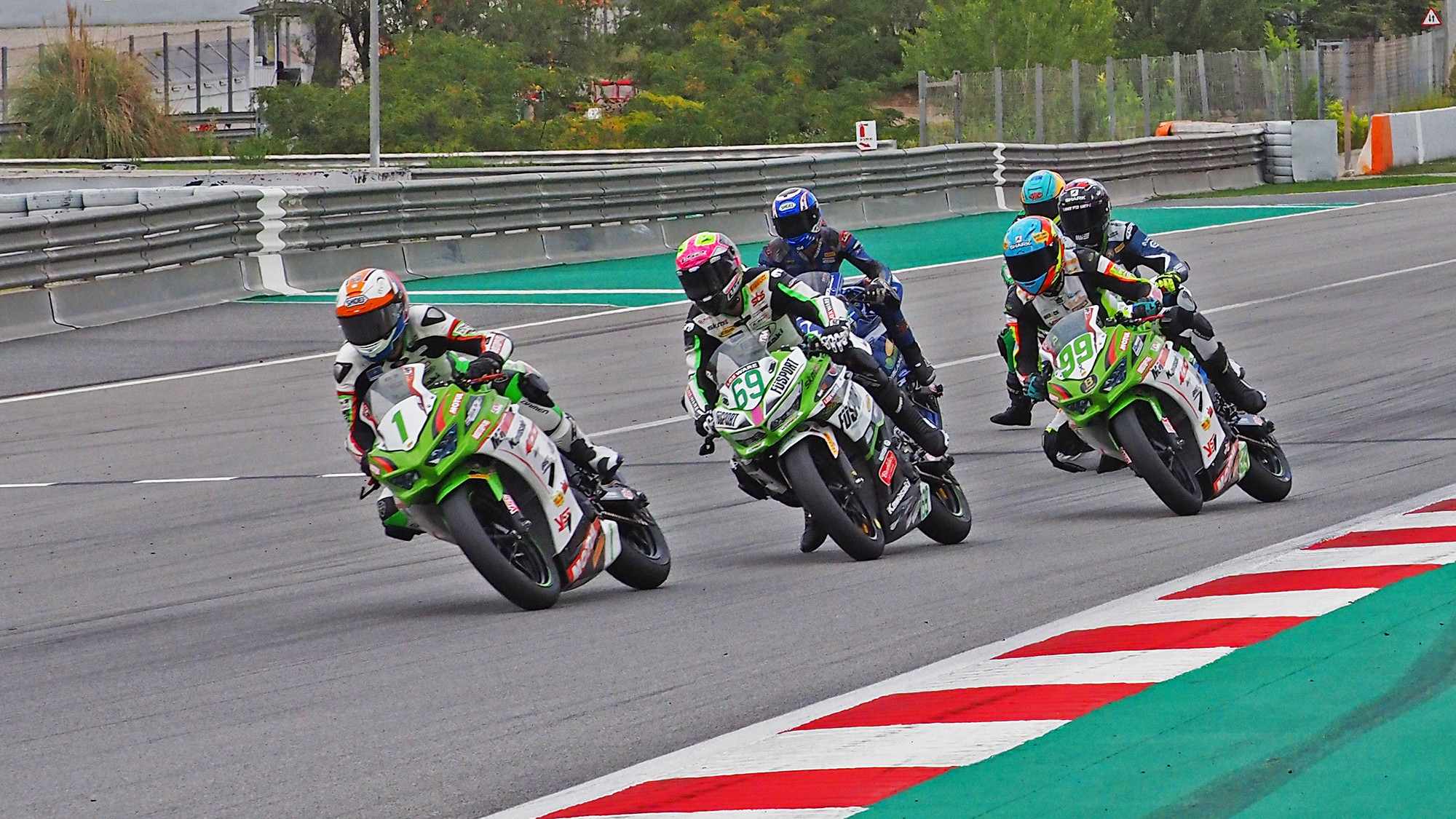 For the fourth consecutive FIM Supersport 300 World Championship, Kawasaki have clinched the Manufacturers’ Champion in WorldSSP300 with the Japanese manufacturer taking the title with four races to go in the 2021 campaign, securing the Championship after Race 2 at the Circuit de Barcelona-Catalunya for the Hyundai N Catalunya Round.

Kawasaki have now claimed four out of the five Manufacturers’ Championships having won in 2018, 2019, 2020 and 2021. So far in 2021, Kawasaki have claimed all but two victories with Adrian Huertas (MTM Kawasaki), Jeffrey Buis (MTM Kawasaki), Ana Carrasco (Kawasaki Provec WorldSSP300) and Tom Booth-Amos (Fusport – RT Motorsports by SKM – Kawasaki) taking victories onboard the Kawasaki Ninja 400.

The only riders to deny Kawasaki a clean sweep of victories to date in 2021 are Victor Steeman (Freudenberg KTM WorldSSP Team) and Bahattin Sofuoglu (Biblion Yamaha Motoxracing) when they claimed Race 1 victory at the Autodrom Most and Race 2 honours in Barcelona respectively, but it means Kawasaki have won at every round so far in 2021 and done the double at all but the Czech and Catalunya Rounds throughout 2021.

Third place for Samuel Di Sora (Leader Team Flembbo) in Race 2 in Barcelona gave Kawasaki an unassailable lead at the top of the standings as they sit on 302 points, 109 clear of Yamaha in second with 100 points available across the final four races of the season. There are two Kawasaki riders involved in the battle for the Riders’ Championship as well with Huertas leading Booth-Amos by 43 points.

Steve Gutteridge, Kawasaki Europe Race Manager said: "This season's WorldSSP300 title race has again been nothing short of exhilarating! The racing is fantastic and the teams and riders should all be proud of their commitment and often shear bravery to reach their end targets. The podium is a realistic goal for many of the young talented racers on the grid and so Dorna and FIM should also be proud to have created this platform, having masterminded the category a few seasons ago. It's great for the learning curves of young riders, the Championship and the fans watching these future heroes on TV and online around the world. Kawasaki are naturally very proud to have claimed another Manufacturers' award in this rapidly emerging category and the capabilities of our Ninja 400."