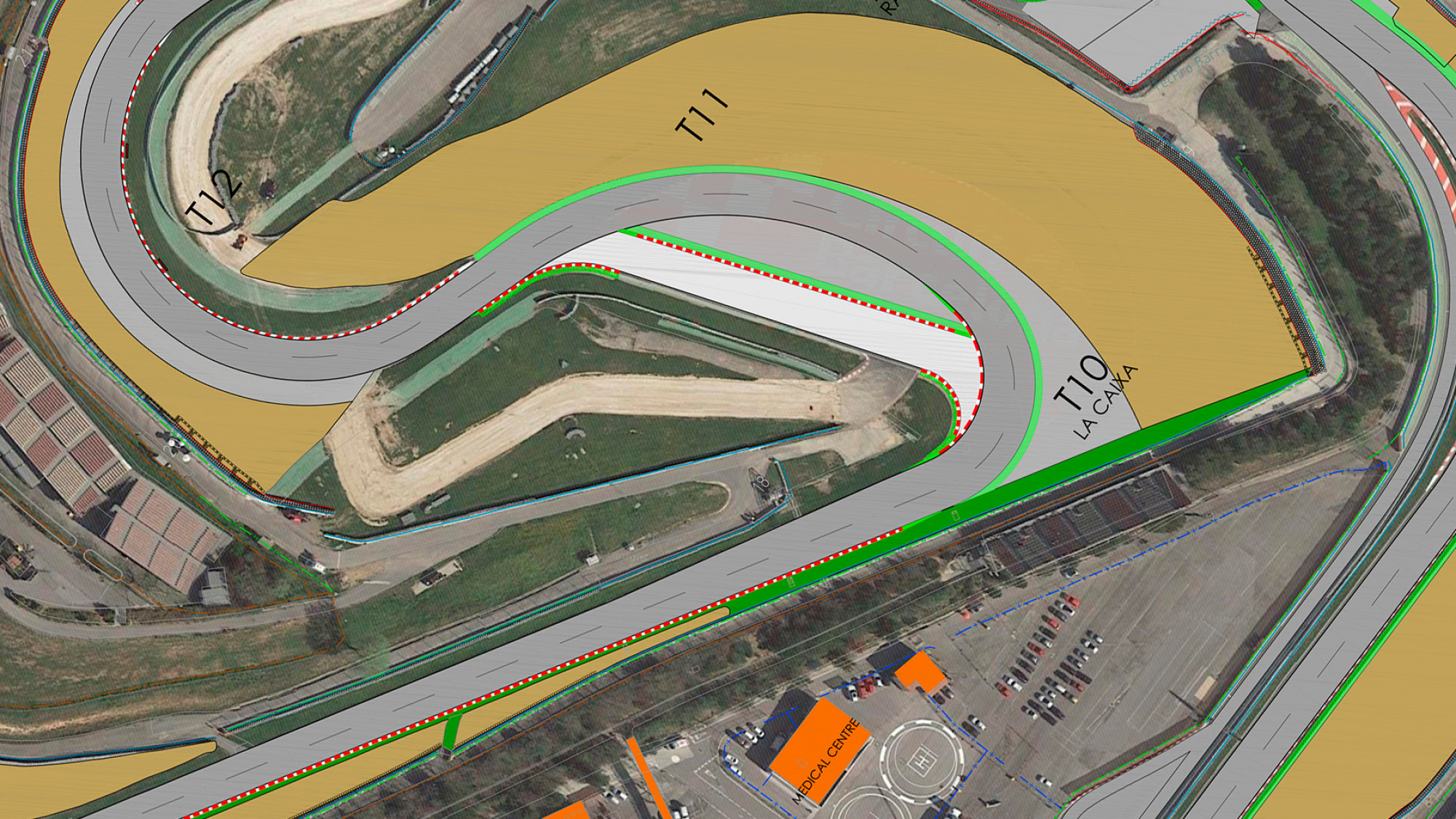 Turn 10 at Barcelona-Catalunya is being reprofiled to improve safety at the corner while the new layout could make lap times faster.

After just one round of hosting the MOTUL FIM Superbike World Championship, teams and riders across the paddock will be faced with a new challenge when the Championship returns to the Circuit de Barcelona-Catalunya for testing as Turn 10 will be modified from the layout used in the 2020 season.

The new version of the corner will be between the historic long Turn 10 that fed into Turn 11 and the sharp Turn 10 hairpin with a small straight before Turn 11, returning to a long left-hander before meeting Turn 11 and re-joining the current circuit. The new layout is designed to improve safety at the corner but could potentially make lap times faster due to the reprofiled corner.

Josep Lluis Santamaria, Director General of the Circuit de Barcelona – Catalunya, explained the changes to the circuit: “This is a new turn. It is between the historical Turn 10 and the old Turn 10 and 11. The drainage is there, the same as the old circuit and we are adapting the drainage for the new turn. We have an intermediate turn between the historical one and the turn we had last season. We think it will improve the times and will be faster than last season.

“First of all, it’s for safety reasons. We cannot move the first line of the protection and in collaboration with the FIM, we decided to change the configuration of the track. Now we have an intermediate situation between the historical one and the last one. It’s to improve safety at this corner. We expect lap times to be lower because the braking point will change and it’s a constant speed and I think it will decrease the lap time.”

The WorldSBK paddock, along with WorldSSP and WorldSSP300, are scheduled to have a Dorna-supported test at the circuit from the 29th March to the 1st April, with WorldSSP and WorldSSP300 action on days one and two and the final two days reserved for WorldSBK machines. The circuit also returns to the provisional 2021 WorldSBK calendar with the Catalunya Round scheduled for the 17th-19th September.

Follow all the action from WorldSBK in 2021 using the comprehensive WorldSBK VideoPass!