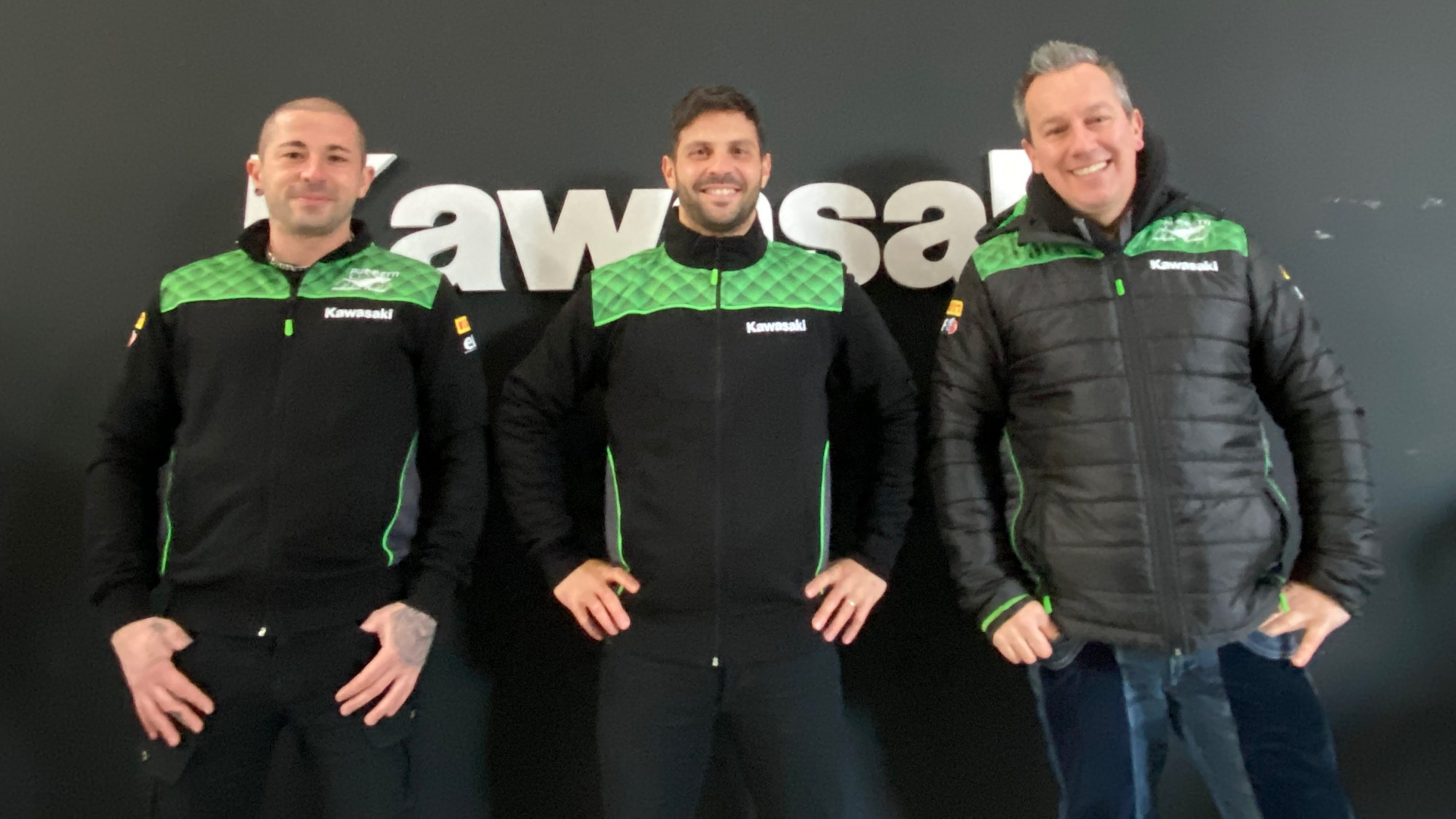 Fabrizio competed in 218 WorldSBK races between 2006 and 2015 as he collected four wins, one pole position and 35 podiums. He won three of his four races in the 2009 WorldSBK season with two coming on home soil as he claimed victory at Monza and Imola. His final win in 2009 was at Portimao before claiming his fourth and final victory at Kyalami in 2010.

His podium streak continues even further back as he claimed podiums during his debut season in 2006 and he finished on the podium in every season between 2006 and 2013; claiming 15 podiums from 28 races in 2009 as he finished a career-best third in the Championship. Fabrizio also claimed his one pole position in 2009, lining up first on the grid at Imola. The 36-year-old has previous experience in WorldSSP having competed in both 2004 and 2005, claiming five podiums on his way to fifth in the Championship in his one full season in the class; showing enough promise and potential to earn himself a WorldSBK seat for 2006. Before competing in WorldSSP, Fabrizio claimed the 2003 STK1000 title with four wins and five podiums in nine races.

Discussing his return to competitive action, Fabrizio, who also competed in 125cc in 2002 and 14 MotoGP™ races between 2004 and 2014, said: “I’m very happy to return to racing and to do so with Team Motozoo by Puccetti Racing, a winning project with competitive bikes and expert technicians. I’m returning to the Championship after a five-year hiatus, but as well as being physically fit, I’ve started a training programme that will see me in perfect shape by the start of the Championship. I don’t have particular goals other than to give it my all and to battle for the best possible result in every race. I can’t wait to get on my ZX-6R and start to adapt my riding style to my new bike. I thank Fabio Uccelli and Manuel Puccetti for giving me this opportunity and all our sponsors who allow me to return to the championship.”

Fabrizio will be joined on the grid by Japanese rider Shogo Kawasaki who will compete in the WorldSSP Challenge in 2021 as he makes his debut in the class. Kawasaki competed with Team Motozoo in 2019 in Italy but was unable to race in Europe through 2020 due to the Covid-19 pandemic.

18-year-old Kawasaki said: “I’m really pleased to be able to continue racing with Motozoo Racing. I had a great 2019 season with them in the CIV SS 300 and I got on very well, scoring good results in what was my debut year in that category. Now I’ll be racing with Fabio Uccelli’s team once again, and in the World Supersport Challenge no less, with a great bike like the Kawasaki. This will be my first European championship season and so I’ll have a lot to learn, but I’m sure that we can do well!”

Team manager Uccelli added: “I’m pleased and excited to think that my team, which has only competed at national level until now, will be taking part in the World Supersport Championship and European championship. It will be crucial for the team and riders to be able to count on the support of a competitive, expert team like Puccetti, while we bring our full commitment and enthusiasm as we line up with the best teams in the category. I was one of Michel Fabrizio’s mechanics when he won the Superstock 1000 in 2003 and so I hope that this season can be equally fortuitous. As for Shogo, we know him well and know how to give him what he needs to fully express himself. We expect a year of continuous growth from him, while I don’t deny that I expect great results from Michel, something we know he is capable of”.

Puccetti, whose team last year finished second and third in the riders’ Championship, will be Team Principal and added: “I’m very pleased to collaborate with team Motozoo in 2021 and see the bikes that placed second and third with Mahias and Oettl back on track. We are ready to offer the team fully technical assistance and believe that they can achieve excellent results. I think it will be great to see Michel Fabrizio back on track, a rider whose talent is not up for discussion. I am also keen to be able to contribute to the growth of Shogo Kawasaki and help him to express his potential.”