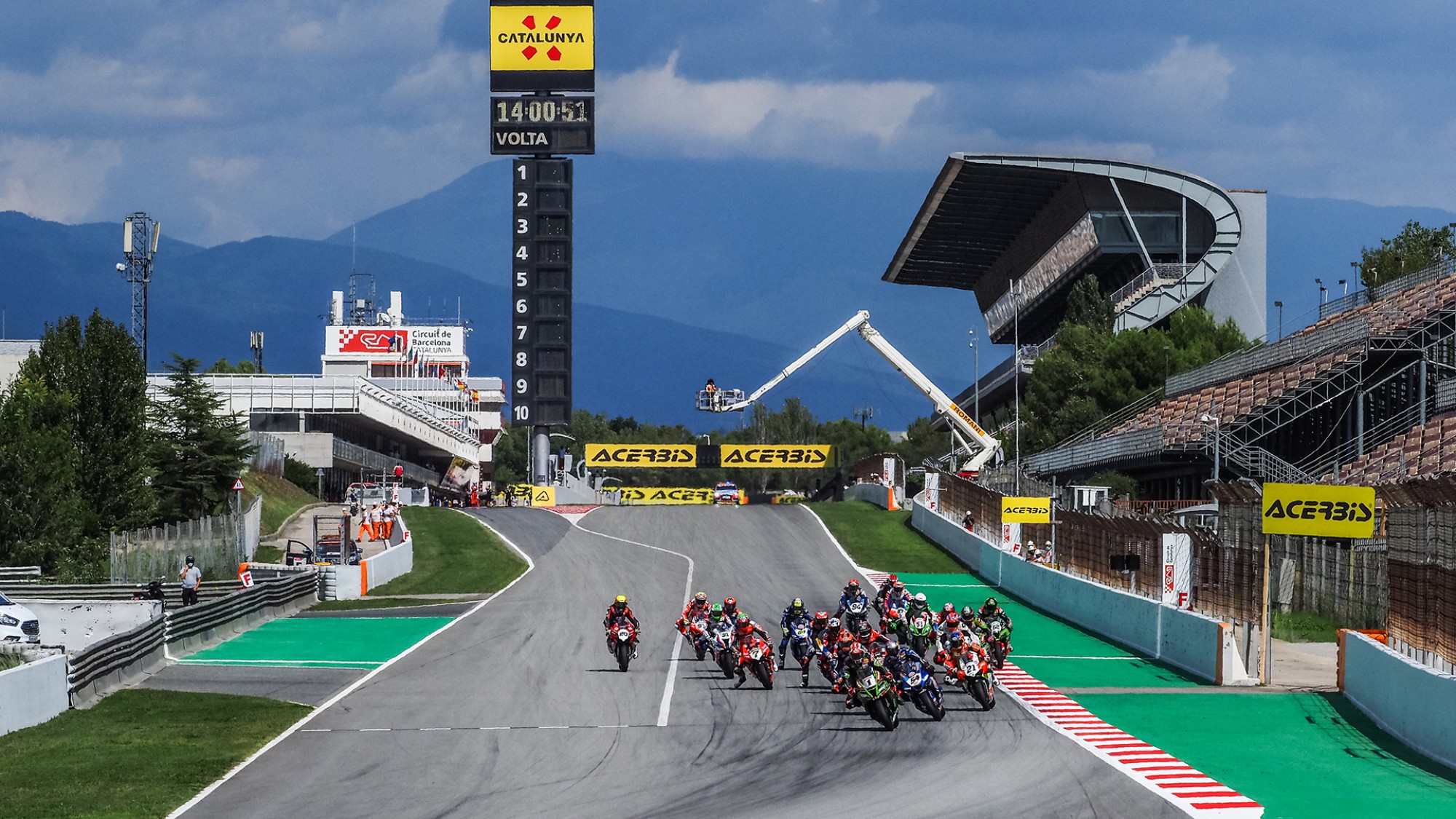 In 2020, the MOTUL FIM Superbike World Championship visited the Circuit de Barcelona-Catalunya for the first time as the Catalan venue became the latest circuit to host WorldSBK action. Ahead of the 2021 edition of the Catalunya Round, the three thrilling races from last year’s round are being made available for you to watch for free.

Race 1 featured a fast-starting Michael van der Mark almost crash into then-teammate Toprak Razgatlioglu (Pata Yamaha with Brixx WorldSBK) at Turn 1 on Lap 1 before riders up and down the grid started battling their way through the field. A tyre gamble almost paid off for Michael Ruben Rinaldi in search of another rostrum finish for Team GoEleven in 2020, but late-race drop-off caused even more drama in the 20-lap encounter, while Jonathan Rea (Kawasaki Racing Team WorldSBK) continued his march towards title number six.

The Tissot Superpole Race provided even more drama in the 10-lap battle to set the Race 2 grid as van der Mark claimed his first and only win of the 2020 season. The drama was out in front in the Superpole Race, too, as Alvaro Bautista (Team HRC) briefly put the Honda at the front of the field, although it was a short-lived moment for Bautista. A thrilling Superpole Race encounter that set up the grid for Race 2.

Race 2 provided more of the same excitement from the previous two races with Garrett Gerloff (GRT Yamaha WorldSBK Team) claiming his first podium in WorldSBK after a thrilling race, while Chaz Davies claimed his first win of the 2020 campaign for Aruba.it Racing - Ducati. Rinaldi was once again fighting at the front on his Independent Ducati machine, while van der Mark was in the battle for podium placings once again.