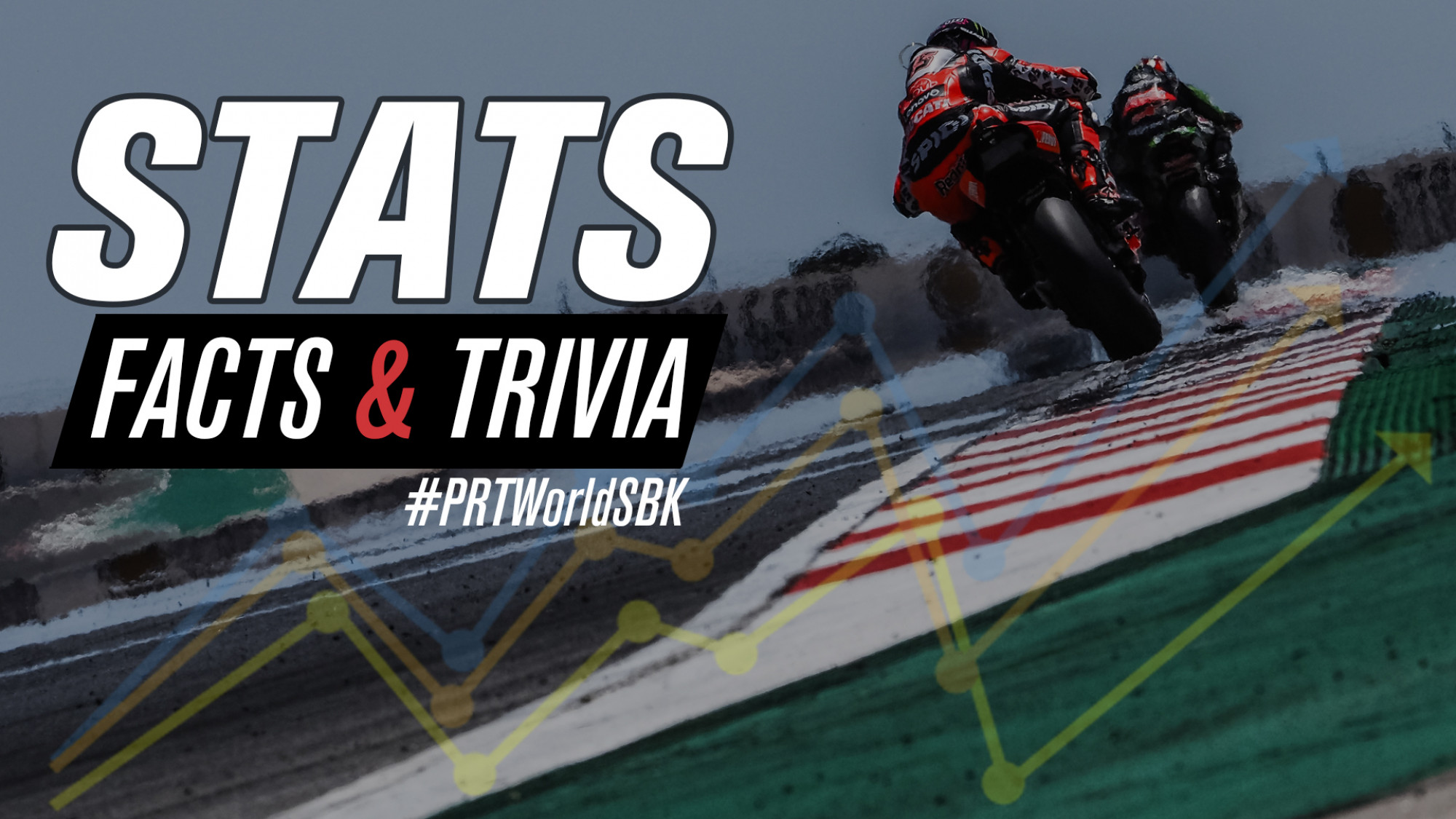 The rollercoaster of Portimao awaits the titanic title fight in WorldSBK, but who will be on top?

The 2021 MOTUL FIM Superbike World Championship season is coming into its final round of three back-to-back rounds. The Algarve International Circuit is ready and waiting, but who will take honours this weekend? With a 20-point Championship lead for Toprak Razgatlioglu (Pata Yamaha with Brixx WorldSBK) over arch-rival Jonathan Rea (Kawasaki Racing Team WorldSBK), Portimao is pivotal this weekend. The form guide is here, so who is hot and who is not coming into Portimao?

975 – A podium for Ducati at Portimao, the manufacturer with the most podiums at the track, will be their 975th podium place in WorldSBK history.

339/299 – Two round numbers in sight for two Japanese manufacturers: at the moment Honda counts 339 races on the podium and Yamaha 299.

48/24 – Toprak Razgatlioglu has scored half of his 48 podium finishes this season. 24 podiums in a season are the best value for a Yamaha rider.

24x2 – The Championship fight is so intense that only for the second time in history, two riders climbed on the podium at least 24 times in a season: Jonathan Rea and Toprak Razgatlioglu both recorded this value in 2021. The other time was in 2019: Rea took 34 podiums (out of 38 races), the all-time record value, and Alvaro Bautista, as a rookie, scored 24.

20 – Jonathan Rea has the most podium finishes here: no less than 20 out of 26 races. His next competitors are Marco Melandri and Michael van der Mark at just six.

20 –20 wins out of 26 came from the front row at Portimao, highlighting its importance.

12/15 – Rea has won at Portimao 12 times, the second-best value for any rider on any track in WorldSBK history. With a triple, win he can equal his own record of 15 wins in Assen.

8/9 – The longest winning streak for a manufacturer here is eight by Kawasaki, all by Rea from Race 1 2015 to 2019’s Tissot Superpole Race. Rea adds to those a win for Honda in Race 2, 2014, making the longest streak for a rider here at nine races long. That is an all-time record streak in WorldSBK.

4x10 – Andrea Locatelli at Jerez was twice fourth, upping his 2021 tally of fourth places to 10. It’s the highest value in history, only recorded previously by Alex Lowes two years ago.

2 – Yamaha’s the only manufacturer to record pole in consecutive years with two riders at Portimao: 2009 with Ben Spies and in 2010 with Cal Crutchlow; it being two different nationalities too.

Manufacturer podium places (and wins) from all WorldSBK races at Portimao:

Manufacturer top speeds at Portimao in 2020: