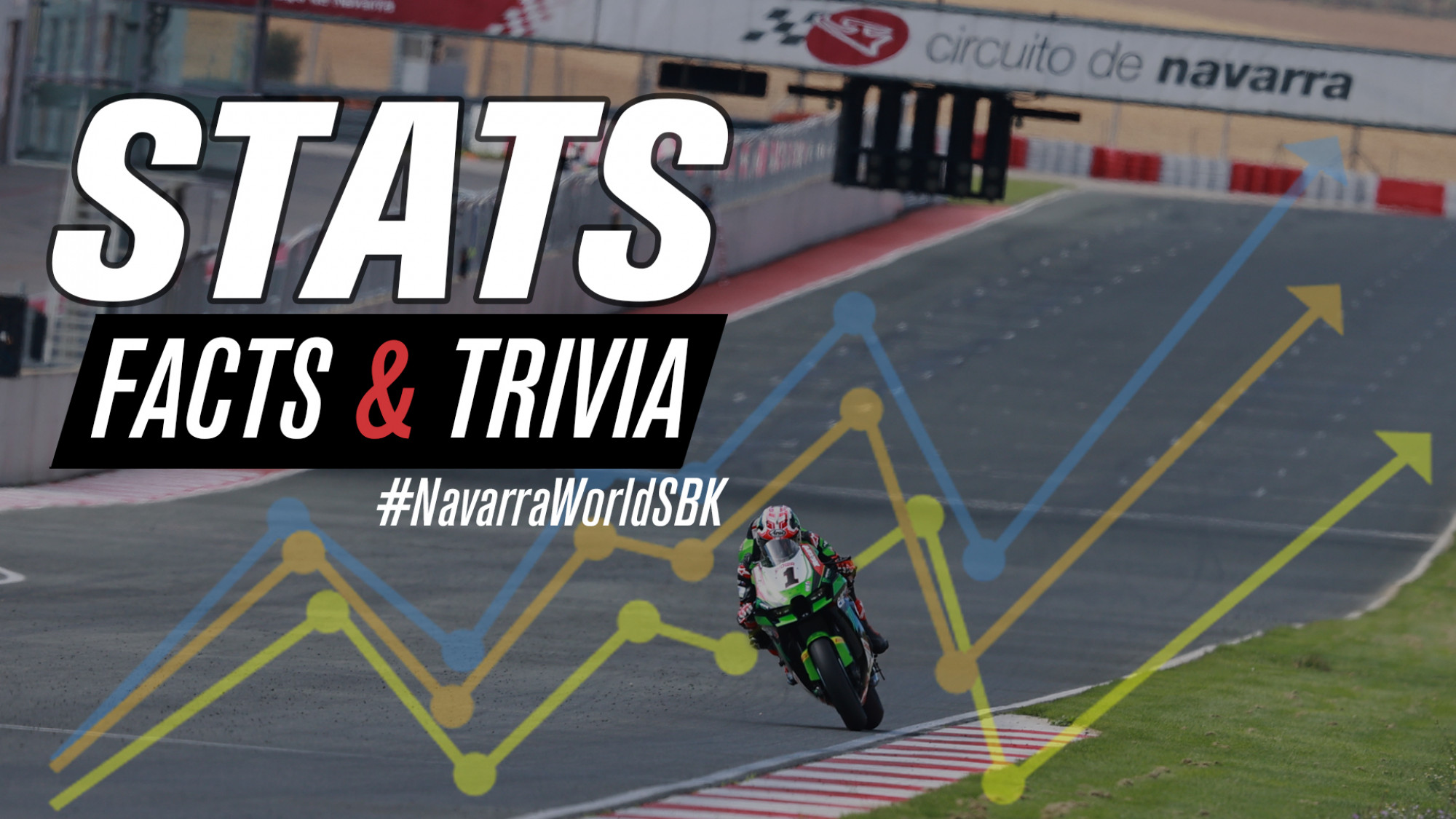 WorldSBK heads to northern Spain this weekend and whilst Navarra is new, there’s an indication of what could come.

The 2021 MOTUL FIM Superbike World Championship has arrived at the Circuito de Navarra in Los Arcos for the Pirelli Navarra Round, the seventh of the season. With a raging Championship battle now split by just three points, a new battleground means an unclaimed territory is about to be conquered. From records in the thousands to first time happenings and an increase in consistency, what awaits WorldSBK at Navarra?

8000 – Having led for 7989 kilometers in his career, Jonathan Rea (Kawasaki Racing Team WorldSBK) is set to hit 8000 soon, but he must pick up his form, as in Most he didn’t lead for a single lap in the whole weekend for the first time since Estoril last year. Data is available since 1998 and Rea leads from Sykes (4684 kms led) and Noriyuki Haga (4524).

1000 – Toprak Razgatlioglu (Pata Yamaha with BRIXX WorldSBK) is 43 points shy of the 1000 career milestone. A likely target? In Most, he scored no less than 57, his best weekend so far.

299 – With three starts in Navarra, Leon Haslam (Team HRC) will end up just short of the milestone of 300 WorldSBK races started.

290 – A win for Great Britain this weekend will put them on 290 in WorldSBK history.

159 – Jonathan Rea has climbed on the podium so far 159 times for Kawasaki. He can be the first to hit 160 for a single manufacturer, which, in turn, will be 60 ahead of an iconic value: the 100 podiums scored for Ducati by 4-times World Champion Carl Fogarty. Among his current rivals, Tom Sykes excels with his 107 podiums for Kawasaki and Chaz Davies with his 89 for Ducati.

51 – Navarra is the 51st track in WorldSBK history, it follows Most.

17 – A hat-trick of podiums for Razgatlioglu this weekend will see him achieve a 17th podium of 2021 with Yamaha. This would match Ben Spies’ record for podium for Yamaha in a single season achieved by a single rider. Spies set this in 2009.

10 – Toprak’s win in the Tissot Superpole Race at Most put him on an interesting statistical comparison with Jonathan Rea: in 100 races, both achieved 10 wins.

7 – Jonathan Rea aims to become only the second rider in World Superbike history to achieve seven consecutive poles – the other was Ben Spies in 2009: the American impressing in his rookie year.

6-4 – A win for Toprak Razgatlioglu will see him take a sixth of the season, becoming the third rider in WorldSBK history to score six wins for Yamaha in a single season. The others were Ben Spies and Noriyuki Haga.

4 – Four straight races on the podium for Scott Redding (Aruba.it Racing – Ducati): his best streak since his sensational debut last year, that featured him on the podium in his first six races, taking his first win and leading the Championship for the first time at the fourth one: Jerez Race 1).

4 – Alvaro Bautista (Team HRC) is on a four points streak, his best since he was for seven consecutive races in the points from San Juan 2019 Race 1 to Phillip Island 2020 Race 1.

Watch the inaugural World Superbike action at Navarra with the WorldSBK VideoPass!