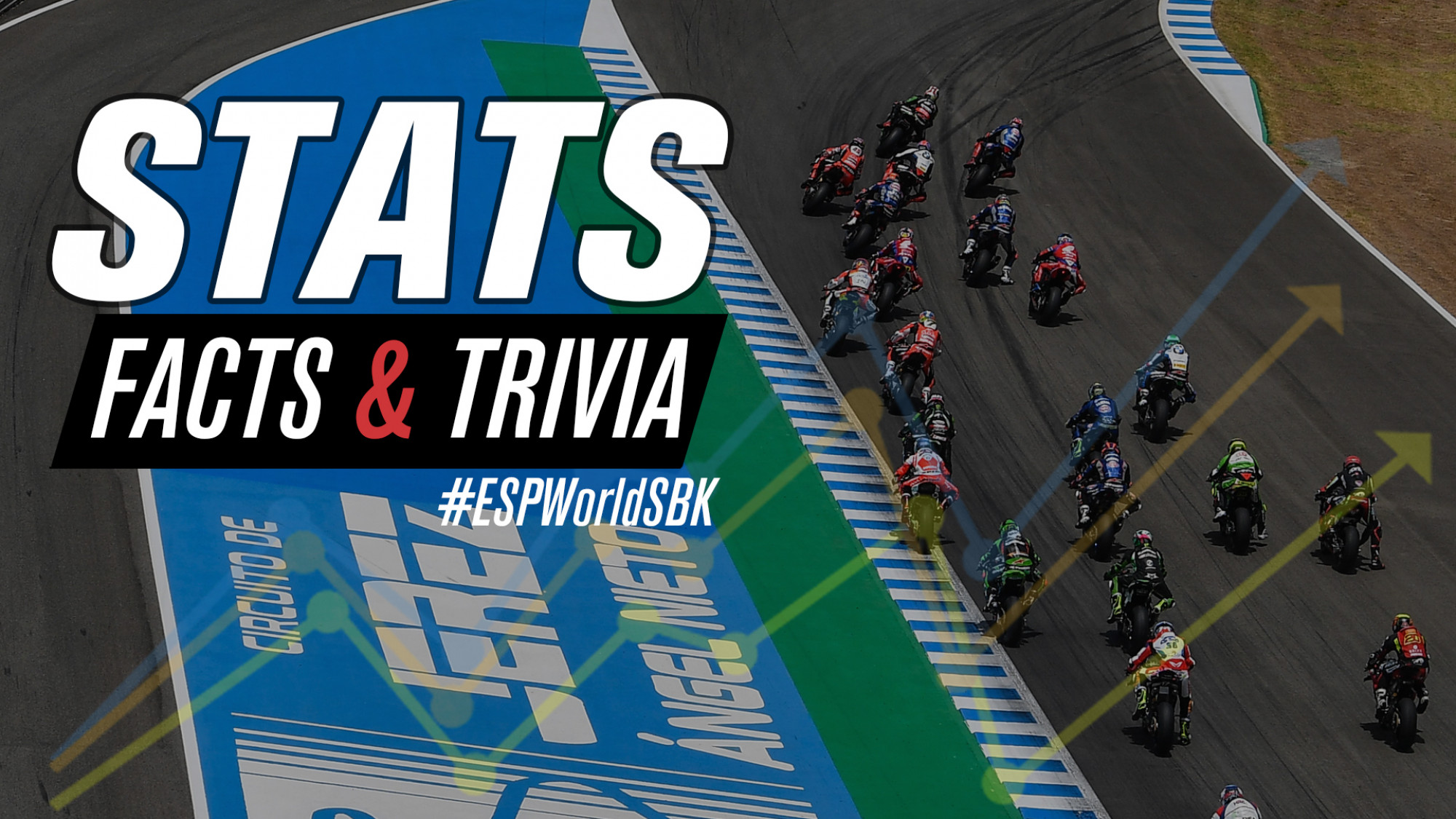 From Great Britain’s quest for a 150th pole in WorldSBK to Ducati looking to maintain their strength at the track, the form guide is full of facts ahead of the Motul Spanish Round

The 2021 MOTUL FIM Superbike World Championship season is coming into its final run and the second of three back-to-back rounds. The Circuito de Jerez – Angel Nieto in Andalusia is ready and waiting, but who will take honours this weekend? Winds of changes have swept through the WorldSBK paddock of late, with unpredictability reigning supreme. However, we’ve managed to pull together your form guide for the weekend, to see who could shine and who could struggle.

300 – During the Jerez weekend, Yamaha will have their first shot at their 300th race on the podium, as now they stand at 297. Their total podium placements amount to 344.

110-210 – Round numbers in sight for Jonathan Rea (Kawasaki Racing Team WorldSBK): his next win will be his 110th, and with two more podiums he will reach 210. His nearest competitor for podiums is Troy Corser at 130. He has taken just three podiums and one win from his last six Jerez races.

100 – Race 2 at Jerez will be the 100th run on Spanish soil. The presence of Spain in the WorldSBK championship began here in Jerez in 1990 on the 18th of March, opening round of the season.

28 – In 2019, Jerez became the 28th track in which Yamaha took a win. The 27th track had been Silverstone, 9 years earlier, when Cal Crutchlow achieved a double. Now, Yamaha is a winning manufacturer at 31 tracks: Barcelona, Most and Navarra joined the list in the last two seasons.

6 – After a streak of six British wins at Jerez, Spain and the Netherlands stopped the British domination in 2019. Alvaro Bautista won Race 1 and the Tissot Superpole Race and Michael van der Mark won Race 2. Great Britain was back on top in 2020 with Scott Redding and Jonathan Rea.

5/7 – The Championship lead has changed five times this season, and each time the new margin between the top two has been seven points or lower.

1 – Jerez was the set of the first WorldSBK Superpole and win for Scott Redding, last year in Race 1.

Manufacturer podium places (and wins) from all WorldSBK races at Jerez:

Manufacturer top speeds at Jerez in 2020):