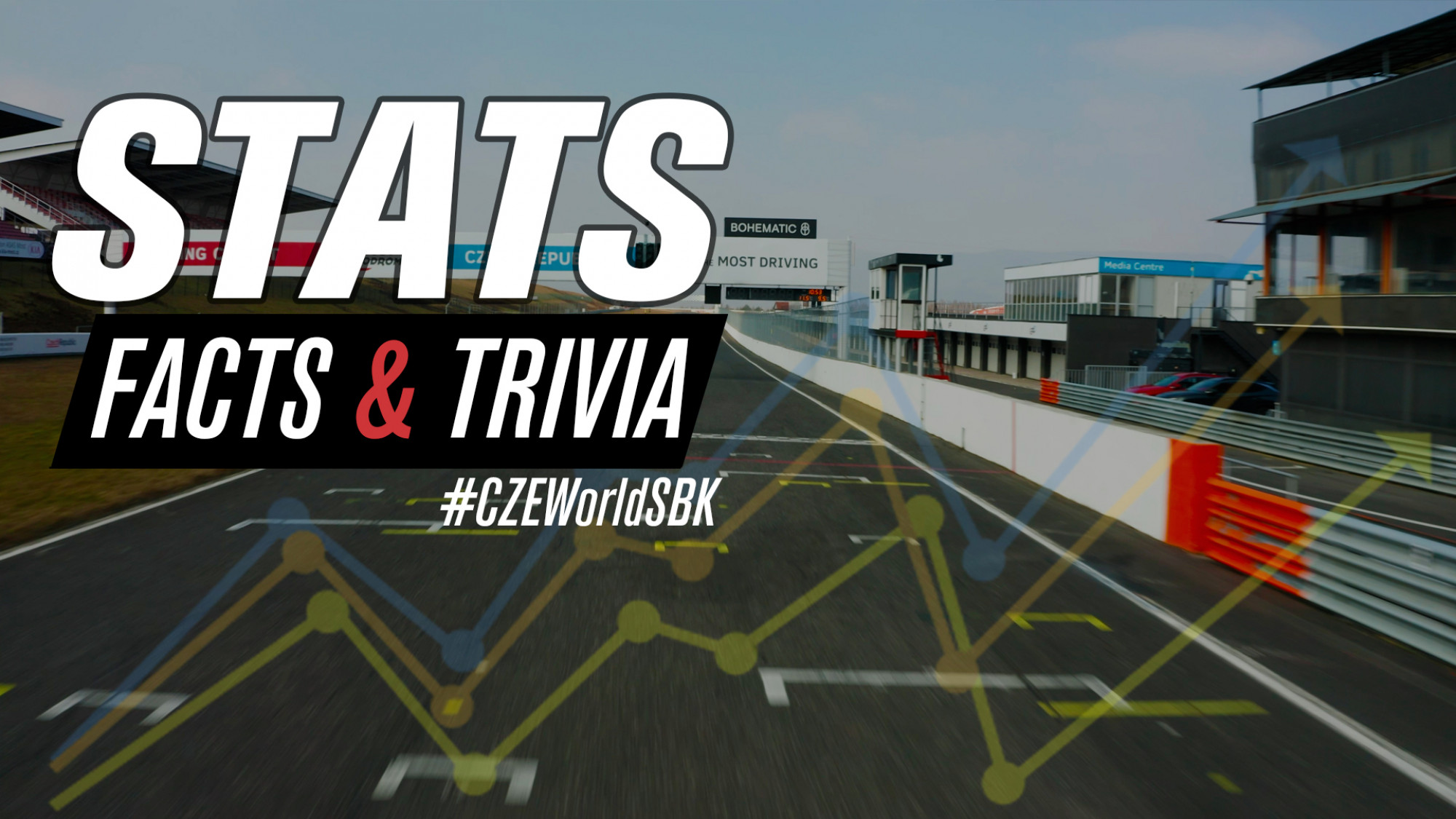 The 2021 MOTUL FIM Superbike World Championship returns to the Czech Republic this weekend at the Autodrom Most and the Tissot Czech Round. The 2021 season has been a titanic tussle between Jonathan Rea (Kawasaki Racing Team WorldSBK) and Toprak Razgatlioglu (Pata Yamaha with BRIXX WorldSBK), and now the battle is set to play out on new, neutral territory. However, the stats are speaking for themselves, and big numbers are coming into view for Rea, who’s on a roll after his first triple of the year at Assen. We’ve compiled all the essential stats for the weekend ahead, so you can be sure to follow every story.

260 – A British rider setting the fastest lap at Most will be the 260th time this has happened in WorldSBK.

243 – Kawasaki has scored points in the last 243 races, a string started at MotorLand Aragon nine years ago. Even if this is a big number, if they score points in the first race in Most, they will be 100 short of the all-time record streak of 344, recorded by Ducati from Brainerd 1991 to Valencia Race 1, 2005. In the following race, Valencia Race 2, it was a Ducati nightmare with 5 retirements and James Toseland lapped in 19th place after an off-track excursion.

100 – The Superpole Race in Most will be Toprak Razgatlioglu’s 100th WorldSBK start.

50 – Most is the 50th track in WorldSBK history, it follows Catalunya, introduced last year.

40 – Also at 40 is Scott Redding, as the British rider will make his 40th WorldSBK start. He will become the 46th rider to do this for Ducati, level with Leandro Mercado and Frederic Protat.

28 – Tom Sykes (BMW Motorrad WorldSBK Team) and Leon Haslam (Team HRC) have raced at 27 circuits so far, more than anyone else in WorldSBK. Most will become the 28th. Both made their debut at Brands Hatch as wildcards – Haslam in 2003 and Sykes in 2008. Both of those weekends saw first time winners in WorldSBK who went on to achieve the double: Shane Byrne in 2003, Ryuichi Kiyonari in 2008.

21/15 – Jonathan Rea is aiming for a victory at a 21st different circuit, the highest of any rider in WorldSBK history. If he continues his Superpole form for a sixth round, it could be the 15th circuit of which he achieves a pole position.

10 – The Czech Republic will become the tenth country to host WorldSBK coming from at least two different venues.

6 – Rea is aiming for a sixth consecutive pole from the first six races; the last time this was done was in 2009 with Ben Spies in his rookie year, as part of a sequence of seven.

4 – Jonathan Rea is on a three-race winning streak: the last time he nailed a longer string was at the end of 2019: 5 from San Juan Superpole Race to Losail Race 2.

Get involved on social media with #CZEWorldSBK and watch all of the action across all of the classes LIVE with the WorldSBK VideoPass!