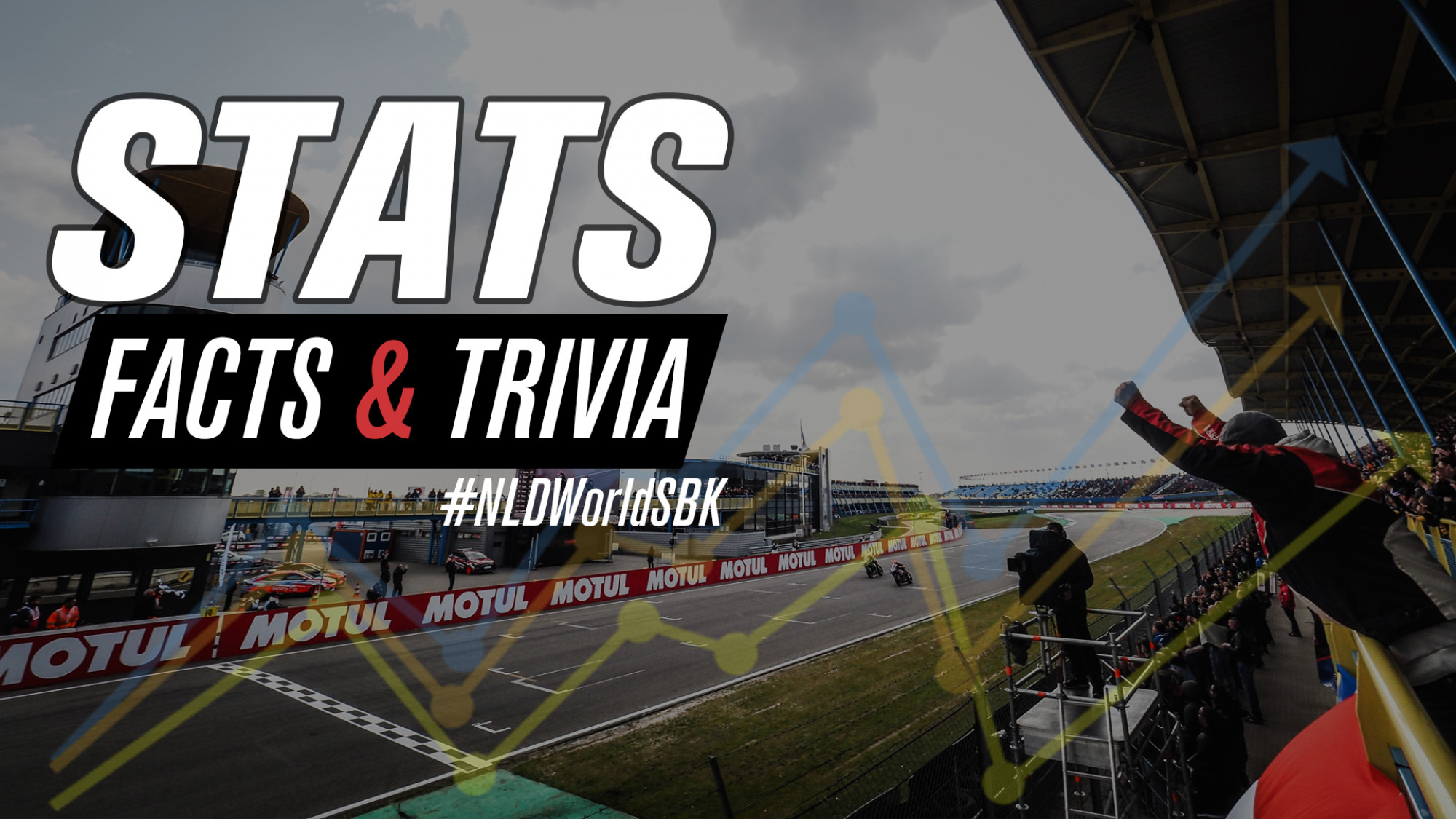 From high achievers to new believers and Cathedral of Speed dreamers, history is in the air at Assen.

The 2021 MOTUL FIM Superbike World Championship heads to the Netherlands for the fifth round of an unpredictable season, coming from the TT Circuit Assen for the Prosecco DOC Dutch Round. The Championship table shows Toprak Razgatlioglu (Pata Yamaha with BRIXX WorldSBK) leading Jonathan Rea (Kawasaki Racing Team WorldSBK) by just two points, although the magic of Assen is sure to give surprises. A venue steeped in grandeur, splendour and history, we’ve number-crunched so you can arm yourself with crucial facts and trivia ahead of WorldSBK’s return to Assen.

441 – Jonathan Rea has scored 441 points at Assen, the second highest for a single track after 449 he has at Portimao. Troy Corser is next with 380 points in Phillip Island.

210 – Kawasaki are aiming for a 210th front row grid slot this weekend at Assen.

90 – Rea’s next win will be the 90th for Kawasaki. He already holds the all-time record for a manufacturer: Carl Fogarty follows at 55 for Ducati.

13/18 – 13 is the dream number for Rea: this year he has again the chance to become the first rider with 13 wins on any given track in WorldSBK history. At the moment, he shares the record with Carl Fogarty, who scored 12 wins, like Rea, at Assen. Rea could equal the all-time record of podiums on any track in WorldSBK. He has 18 at Assen and with three this weekend, he’ll match his Aragon tally.

4 – Tom Sykes has the record for Assen poles: 4. Troy Corser and Frankie Chili are next with 3 each.

3 – With two podiums in the Superpole Race and in Race 2 at Donington Park, Tom Sykes goes for three straight podiums since he took four in 2018 from Assen Race 2 to Donington Park Race 1.

1-2-3 – Assen is where the last podium lockout for Ducati happened. That was in 2012, Race 1, with Sylvain Guintoli, Davide Giugliano and Carlos Checa (Guintoli’s first win, Giugliano’s first podium).

Manufacturer podium places (and wins) accumulated from all races at Assen: