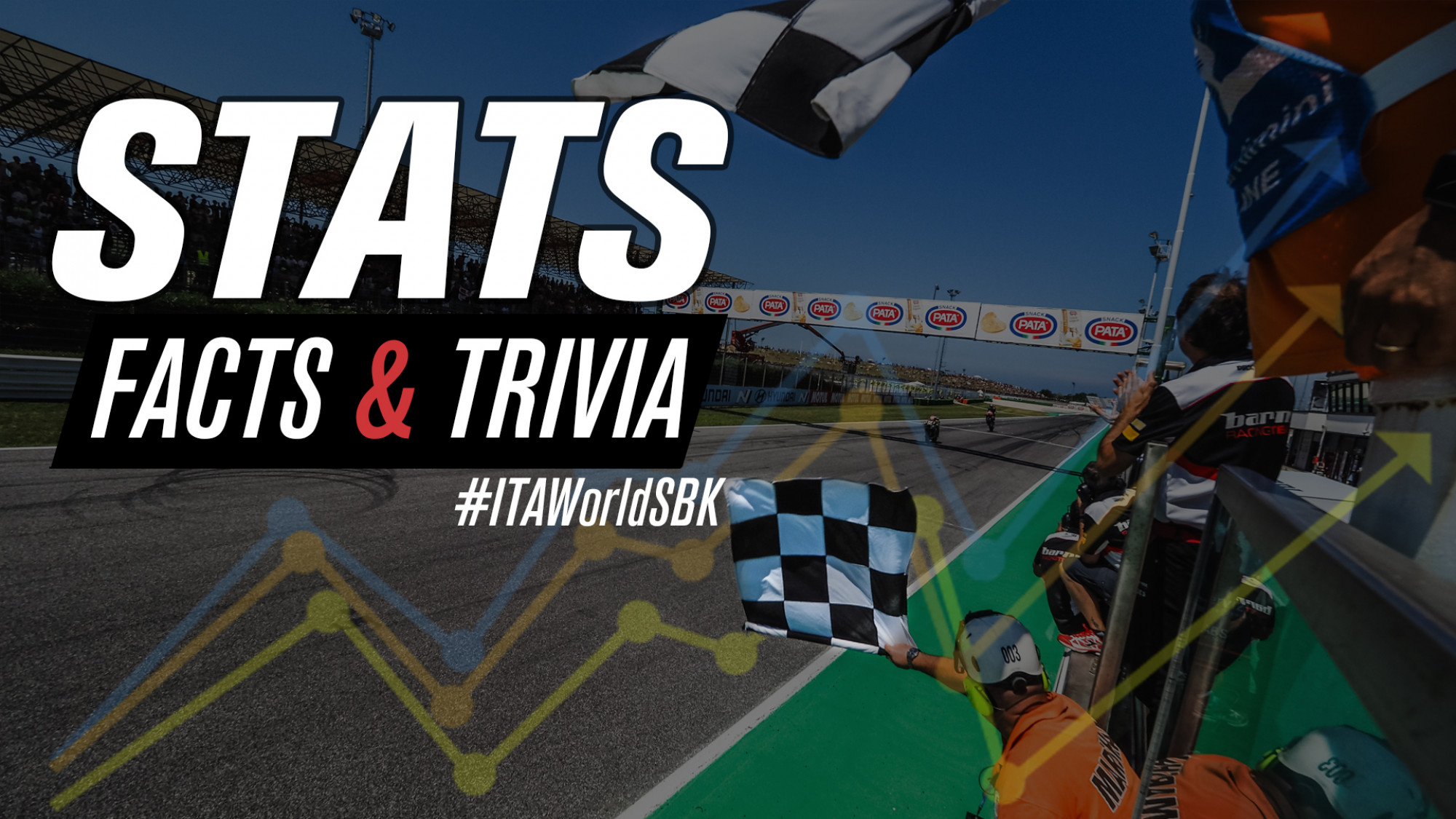 The 2021 MOTUL FIM Superbike World Championship rolls into Italy for the first time in two years for a race weekend, with the Pirelli Made in Italy Emilia-Romagna Round coming onto the horizon. Round 3 of the year promises sensational battles once again with the Championship lighting up between Jonathan Rea (Kawasaki Racing Team WorldSBK), Toprak Razgatlioglu (Pata Yamaha with BRIXX WorldSBK) and Scott Redding (Aruba.it Racing – Ducati). So, with the stage set, it’s set to be a record-smashing round, with the big numbers up for grabs and the form guide for this weekend.

600 - In 2019, Alvaro Bautista gave Ducati the milestone of their 600th race on the podium and their 910th podium placement with his win in the Superpole Race.

107 – In 2019, Jonathan Rea recorded here his 107th podium for Kawasaki, equalling the all-time record for a single manufacturer set by his former teammate Tom Sykes, always with Kawasaki. Since then, his tally with Kawasaki has grown to 149 podiums.

95/290 – Given that Kawasaki have taken the first two poles of the year, if they make it a hat-trick, then it’ll be their 95th WorldSBK Superpole. It will also be the first time since 2012 that they’ve started the season with three poles (Sykes at Phillip Island, Imola and Assen). A Kawasaki on the front row will also mean 290 front row places in WorldSBK for them.

90/150 – After reaching the milestones of 100 wins and 190 podiums, Jonathan Rea is nearing two round numbers for Kawasaki. At the moment he counts 88 wins and 149 podiums with the green machines.

90 – With Rea is nearing 90 wins for Kawasaki, Toprak Razgatlioglu’s next start is his 90th in WorldSBK.

81 – The number of podium placements of Ducati riders at Misano, an all-time record.

30 – This is the track in which a single manufacturer has won the highest number of races: Ducati won there 30 times. Next up is also Ducati, with 27 wins at Assen and Phillip Island. The best value for another team is 18 by Kawasaki at Donington Park.

12 – Ruben Xaus is the only rider who won here starting outside the top ten on the grid. In 2003, he recorded the double starting twice from 12th on the grid for the factory Fila Ducati team.

11 – Ducati counts 11 poles in Misano, the track record: curiously, the last two didn’t come from the works team: in 2009, Jakub Smrz recorded pole for Guandalini Racing, while in 2004, the Ducati poleman was Steve Martin for D.F.Xtreme Sterilgarda.

8 –2019 saw Rea become the most successful at Misano with an eighth win; next is Troy Bayliss on 6.

8 – Kawasaki have taken pole in the last eight rounds at Misano from 2011 – 2019, a track record. The absolute WorldSBK record has been set by Ducati at Brands Hatch: 9 straight poles in Superpole from 1995 – 2002 (double race weekend in 2000). Kawasaki can equal this record string this year.

Manufacturer podium places accumulated from all races at Misano:

Watch all of the 2021 World Superbike season take-shape round-by-round with the WorldSBK VideoPass!