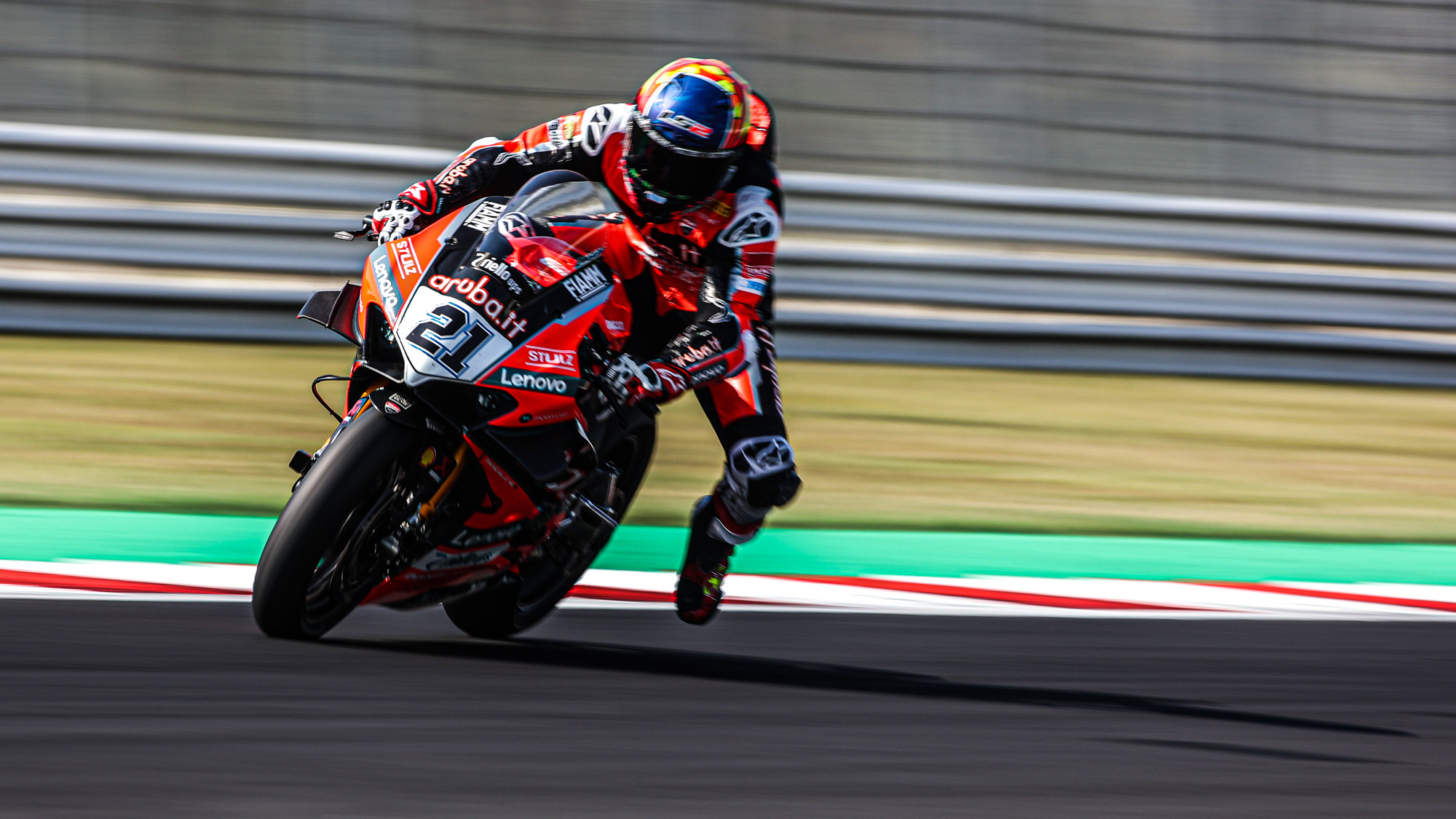 The Tissot Superpole Race for the Pirelli Made in Italy Emilia-Romagna Round featured the same winner as yesterday’s Race 1 as Michael Ruben Rinaldi (Aruba.it Racing – Ducati) claimed his second Misano World Circuit “Marco Simoncelli” victory in as many races after overtaking his rivals throughout the 10-lap race for the MOTUL FIM Superbike World Championship, becoming the first Italian to win twice on the same weekend at Misano since Max Biaggi in 2012.

LIGHTS OUT AND RAZGATLIOGLU HITS THE FRONT

Razgatlioglu was able to get the jump on polesitter Jonathan Rea (Kawasaki Racing Team WorldSBK), before Michael Ruben Rinaldi (Aruba.it Racing – Ducati) followed the Turkish star through on the reigning Champion a lap later, moving Rinaldi into second place after starting from fourth.

Rinaldi soon had his eyes set on Razgatlioglu for the race lead as he searched for two wins from two so far at Misano, with the pair going side-by-side through Turn 8 on Lap 3 despite taking alternative racing lines through the corner. Razgatlioglu held on until Lap 6 of 10 before Rinaldi pulled off a stunning move at Turn 11 to take the lead of the race. Razgatlioglu tried to stick with Rinaldi but the Italian was able to hold on, with Rea coming home in third place; the trio securing the front row starts for Race 2. Razgatlioglu podium meant Yamaha secured their 280th race on the podium.

But looks that the job is not done yet, 4 laps to go!#ITAWorldSBK pic.twitter.com/fW0fmttRjF

Redding came home in fourth place to claim a row two start for this afternoon’s Race 2 where he will be joined by Alex Lowes (Kawasaki Racing Team WorldSBK) and Axel Bassani (Motocorsa Racing); the youngest rider on the 2021 grid securing a top-six finish and his best ever result in the Championship in the Superpole Race.

Tom Sykes (BMW Motorrad WorldSBK Team) came home in seventh place to take a third row start ahead of American Garrett Gerloff (GRT Yamaha WorldSBK Team) who finished eighth after battling from the back of the grid after not setting a time in yesterday’s Tissot Superpole. Andrea Locatelli (Pata Yamaha with BRIXX WorldSBK) will start ninth for Race 2.

Chaz Davies (Team GoEleven)’s race ended before it had really started after he crashed on his Ducati Panigale V4 R between Turns 1 and 2 after making contact with Lucas Mahias (Kawasaki Puccetti Racing), forcing the British rider to retire from the race. Mahias would also retire from the race after a crash on Lap 9 after he crashed at Turn 6; the Frenchman able to take his bike back to the pits. Michael van der Mark’s (BMW Motorrad WorldSBK Team) was also an early retirement after he came off his BMW M 1000 RR at Turn 1.

Eugene Laverty (RC Squadra Corse) also battled through the field from the back of the grid to finish in 13th place after missing out on Tissot Superpole and Race 1 following his crash in Free Practice 3.

Don’t miss a single moment of action from WorldSBK in 2021 with the WorldSBK VideoPass!