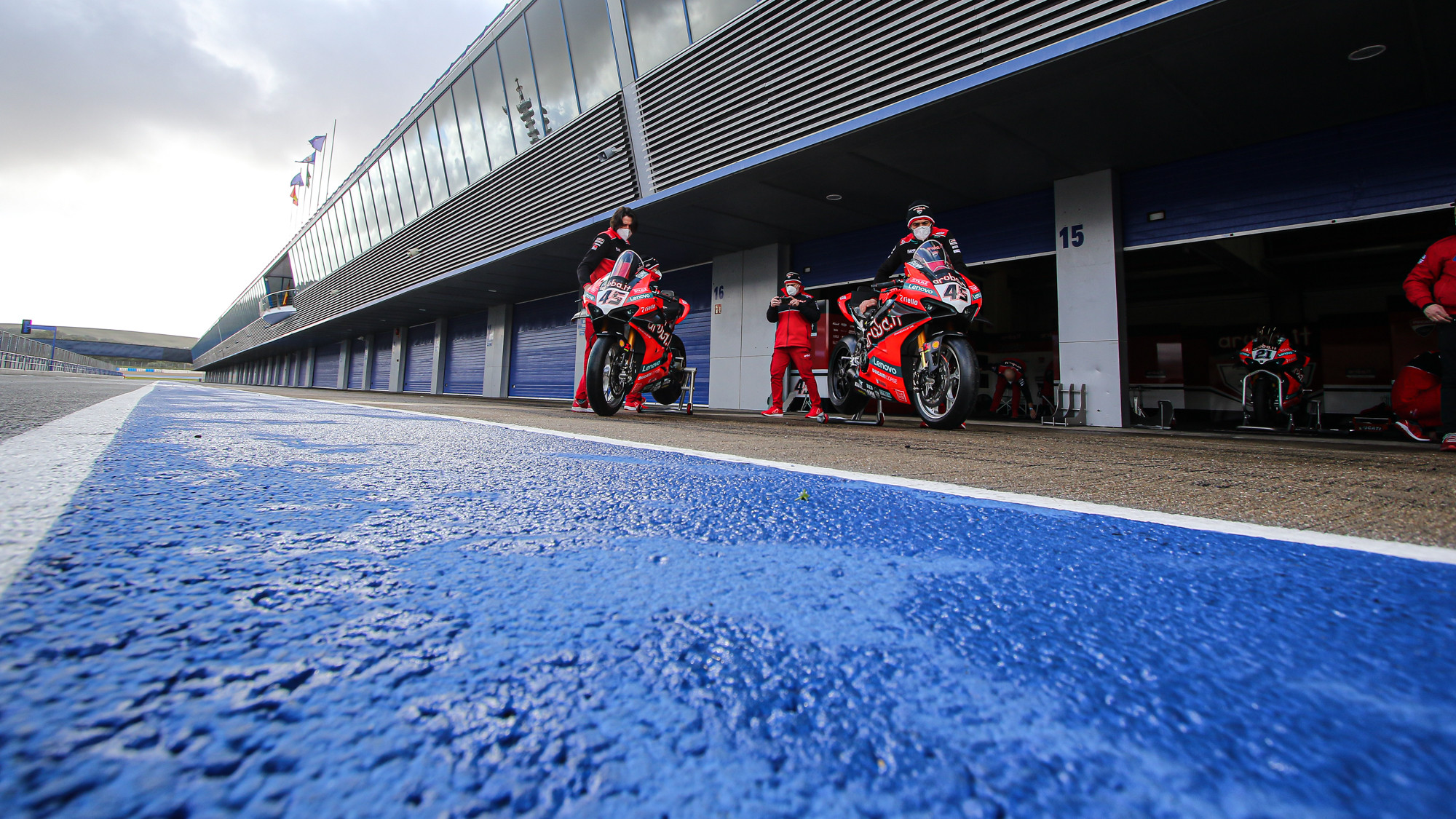 The weather once again caused havoc with the scheduled two-day test at the Circuito de Jerez – Angel Nieto as a wet track from yesterday’s rain stopped the majority of the teams and riders present going out on track. Like the opening day, the only rider to head out was FIM Supersport World Championship rookie Leonardo Taccini with the Italian continuing to get up to speed with his new machine for the 2021 season.

18-year-old Taccini is making his debut in WorldSSP for 2021 as he looks to challenge for the WorldSSP Challenge title with ORELAC Racing VerdNatura. Taccini added to his 20 laps from day one with another 23 laps on the second day and also improved his best time again as he posted a 2’01.940s; finding around seven seconds as conditions improved and he got familiar with the Kawasaki ZX-6R.

The conditions prevented Team HRC’s Leon Haslam and Alvaro Bautista from taking to the track with the team already confirming they would return to the Andalusian track next week (January 27-28) where they hope to fully exploit the test days; a new rule brought in for 2021 limits riders to ten days of private testing – not including Official or Supported tests. It meant all WorldSBK riders stayed in their garage for the duration of the test. Team HRC had been hoping to confirm the work completed over the winter but this will now have to wait until the next test session.

Reigning Champion Jonathan Rea (Kawasaki Racing Team WorldSBK) and teammate Alex Lowes were scheduled to be out on track as well with their brand-new Kawasaki ZX-10RR as both riders and KRT continued the development of the new engine ahead of the 2021 season, as well as a new aerodynamic package. KRT will also be back at Jerez on January 28 to try and reconfirm some elements as well as try new parts.

The ARUBA.IT Racing – Ducati team were the other factory team present in Jerez but, like both Team HRC and KRT, opted to stay in their garage with Scott Redding and Michael Ruben Rinaldi; with Redding travelling from California to make the two-day test. The team claimed the 2020 teams’ Championship with the Ducati Panigale V4 R and will be looking to mount another title challenge with Redding and Rinaldi.

It proved to be a difficult two days for WorldSBK rookies too as they were unable to test their machines for the first time in wet conditions. Isaac Viñales (ORELAC Racing VerdNatura), who had been looking to get on the 2020 Kawasaki ZX-10RR, Loris Cresson (OUTDO Kawasaki TPR) and Tito Rabat (Barni Racing Team) were all hoping to get some all-important mileage under their belt.

It was a similar story for WorldSBK veteran Chaz Davies (Team GOELEVEN) as he looked to get acquainted with his new team across the test. The Welshman would have been testing the bike he won with at Estoril at the end of the 2020 season as well as a slightly modified one for Ducati, but instead had to stay in the pit area and garage across both days.