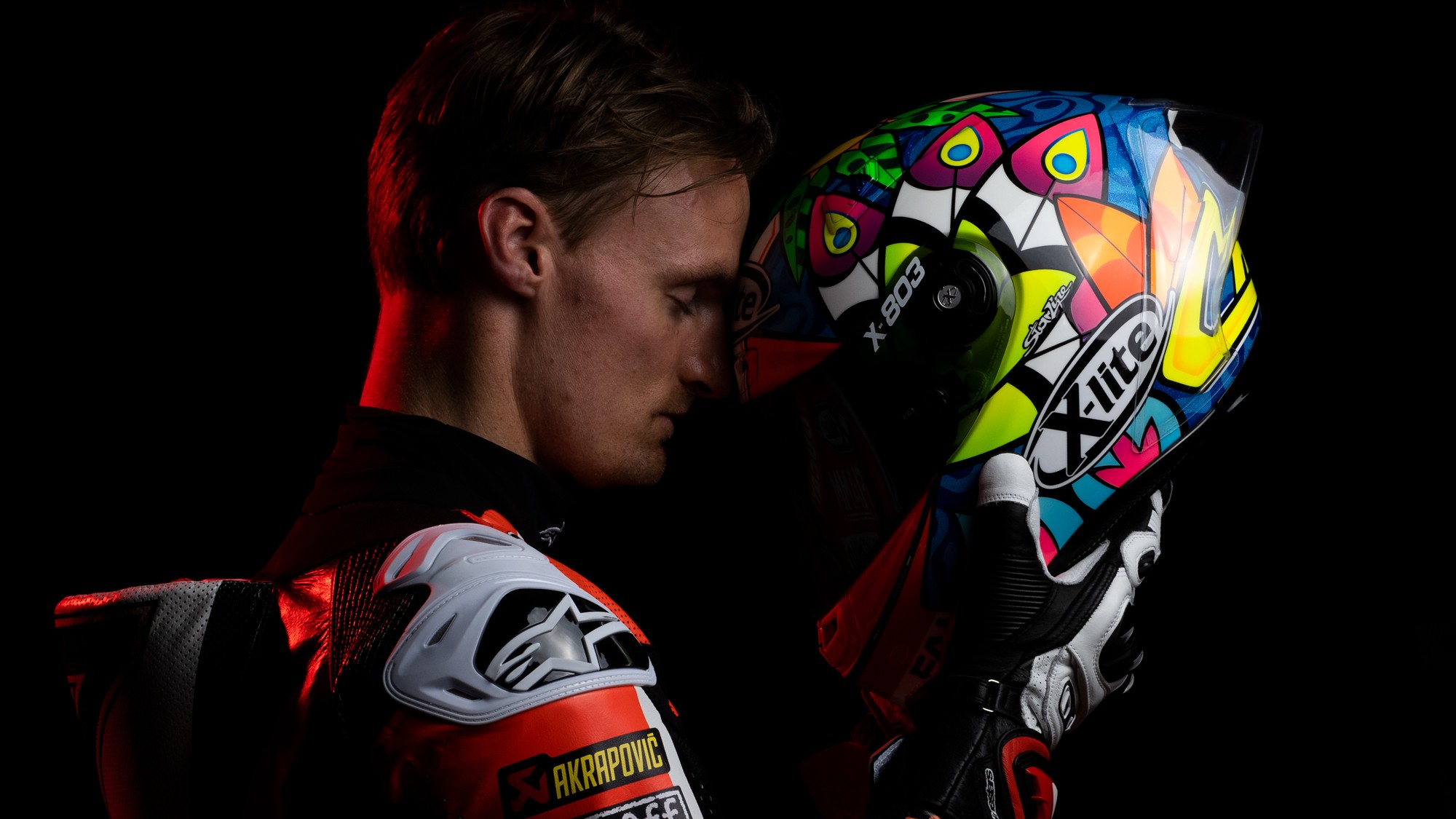 Having had his future hanging in the balance, Chaz Davies has been signed for next season and will aim to fight at the front with the Independent Go Eleven Ducati team

After much speculation regarding his future, three-time WorldSBK runner-up and 2020 bronze-medallist Chaz Davies has had his 2021 plans confirmed as he moves to the Team Go Eleven Ducati team in a straight swap with Michael Ruben Rinaldi. Rinaldi moves up to Serafino Foti’s full factory ARUBA.IT Racing – Ducati squad, replacing Davies but the Welshman’s future has been unknown since that was confirmed. Despite ending a seven-season relationship with the factory team, he will continue as a Ducati rider in a winning team, given Go Eleven’s victory at MotorLand Aragon this season with Rinaldi. With 32 wins and 98 podiums, Davies hopes to add to that tally in 2021 in Independent team colours, whilst also fight for that elusive first title.

The 2011 WorldSSP Champion has become a household name in the WorldSBK class, as he took a rookie win in 2012 with Aprilia. Davies’ renowned versatility was then demonstrated at BMW, as he took three wins in 2013 – including a dominant Aragon double – before then starting a seven-season stint in the factory Ducati team. He was a race winner in 2015, the first for the Ducati Panigale V-Twin, a year in which he’d start a fierce rivalry with Kawasaki’s Jonathan Rea. The two clashed at Aragon before their rivalry really ignited in Sepang’s Race 2 of the 2015 season. Davies was runner-up before finishing third in 2016, ending the year on a high however with six wins.

In 2017, there was a renewal of rivalries with Rea as the two duelled at MotorLand Aragon once again before their history peaked at Assen, during Superpole. Davies was second again in 2017 and again in 2018, before a switch to the Ducati Panigale V4 R in 2019 saw him drop to sixth overall, although he won a race at Laguna Seca – his first in over a year. For 2020, Davies was joined by new teammate Scott Redding and the two finished second and third, with Davies the bronze-medallist having taken two wins.

Now, a new future awaits Davies, who can’t wait to get on with 2021: “I’m very happy to join forces with Go Eleven! I think it’s a great opportunity next year for myself and the Go Eleven Team to continue our progression. I had a great end to the 2020 season, winning the last race at Estoril and scoring the most points in the last nine races. Go Eleven put together a great 2020 season as well. I think it has the makings of a really strong partnership for 2021 WorldSBK Championship.

“I am really excited about it, especially because I had a really good feeling with the bike, and I think that is something we could even take for the step when I am start testing next year. So, thanks to Go Eleven for the trust and also thanks to the other partners helping put this together, to give us the chance to win next year: Ducati, ARUBA.IT and Feel Racing. Thanks to everybody involved and I’m just looking forward to getting started!”

Gianni Ramello, Go Eleven Ducati’s team principal, said: “I wrote a book about my life and my dreams in the WorldSBK Championship. Among my dreams there has always been Chaz, one of those riders who make you fall in love with this sport. Now what’s missing has arrived, to crown many years of sacrifices, a lot of commitment and a lot of passion. It’ll certainly be a busy year; we all must give our best and bring Chaz to the top step of the podium every possible time. There is not only a great and huge happiness, but also the awareness of having a rider with an incredible history, who will now race for our Team Go Eleven.

“I especially thank Stefano Cecconi, Daniele Casolari, Serafino Foti, Gigi Dall’Igna and Paolo Ciabatti who believed in our skills, our professionalism and our great passion, which sometimes gives something special in races. Now we must not disappoint anyone and work with the maximum effort for the season, with the aim that it will be a great season.”

Team Go Eleven team manager Denis Sacchetti was also pleased to welcome Davies into the team: “We’re proud to gain the trust of Chaz, Ducati Corse and Stefano Cecconi; this is an important step in our sporting growth and confirms the goodness of our work. Davies is a Top Rider, who needs no introduction and it is an honor to work with him. We still have so much to learn and to grow; and knowing that Ducati and Feel Racing will be by our side gives us even more motivation and determination.

“We will give 110% to put Chaz in the best possible conditions, to fight for what he deserves. I often watch the riders on the track and he always surprises you, with an aggressive but precise riding style. I want to thank, in particular, Serafino Foti, Daniele Casolari, Stefano Cecconi, Paolo Ciabatti and Gigi Dall'Igna, a wonderful group of people who work with the heart, besides, of course, Chaz Davies; he puts his heart on the track and you can see it!”

Can Chaz Davies be a Championship challenger in 2021? Find out with the WorldSBK VideoPass!