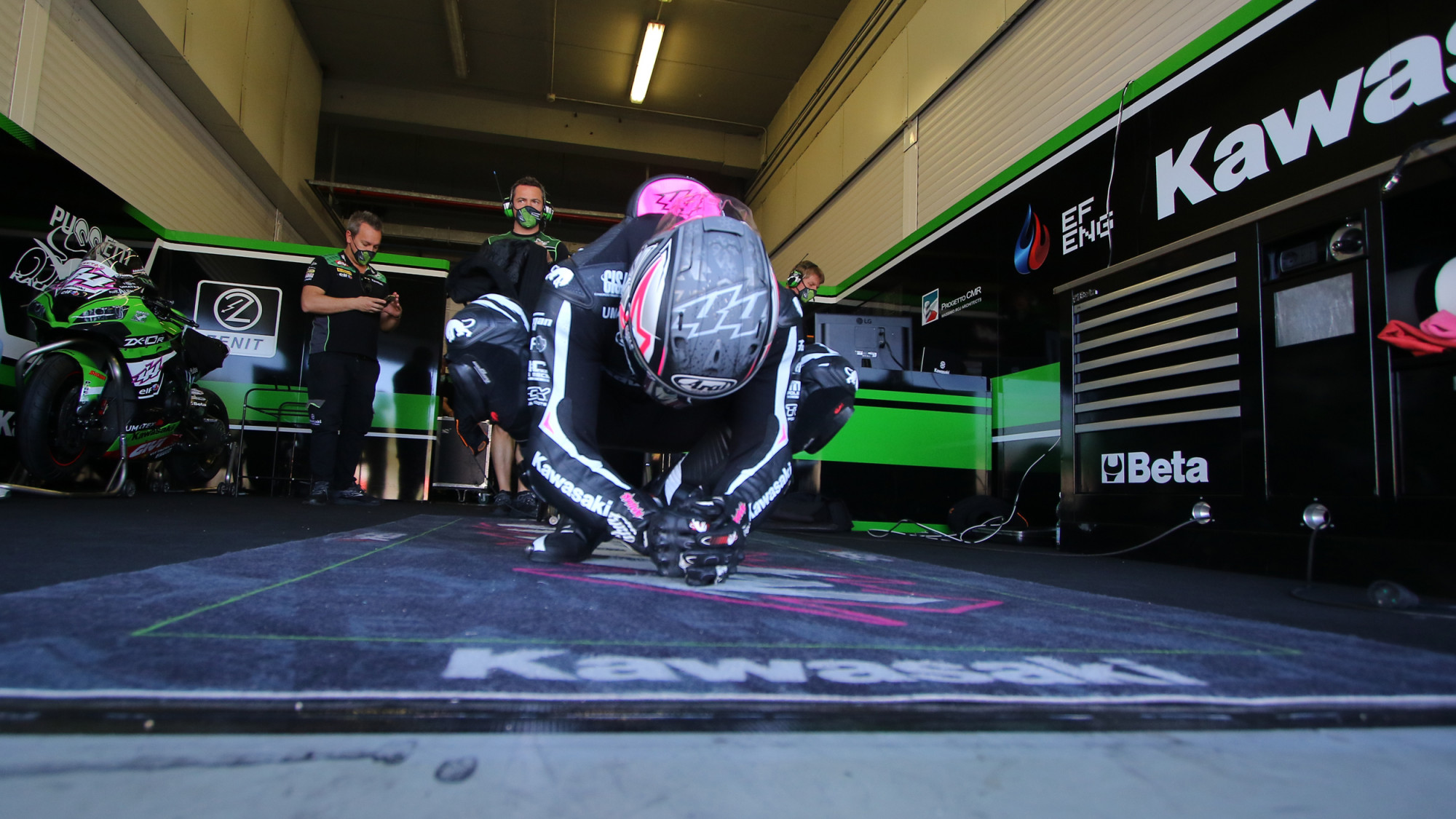 The new season is bringing some new riders and teams, as well as behind the scenes changes, with some positions yet to be confirmed.

As the start of the MOTUL FIM Superbike World Championship gets nearer, teams and riders will be starting to get to know each other especially if a rider has switched teams for the 2021 season. One important aspect of this is the role of crew chief as someone who works with the rider in order to help the rider achiever their maximum potential on the bike. But which rider will work with each crew chief in 2021 in the Independent teams?

Tito Rabat will make his WorldSBK debut in 2021 and he will be guided by an experienced crew chief in the form of Luca Minelli at the Barni Racing Team, with Minelli having worked in WorldSBK for numerous years including with the likes of Leon Camier, Xavi Fores and Michael Ruben Rinaldi. In 2020, Minelli worked with four different riders across the season with Camier, Marco Melandri, Samuele Cavalieri and Matteo Ferrari.

German rider Jonas Folger (Bonovo MGM Racing) is preparing for his first full season in WorldSBK after sporadic wildcard appearances in 2020. He will be flanked by two crew chiefs in 2020 with Michael Galinski and Christopher Schwarz sharing the duties. Galinski has experience of winning as a rider when he claimed the German superbike title in 1986, as well as setting up his own team in IDM from 2004. Schwarz worked with Folger in IDM in 2020 as the German rider claimed eight wins in eight races. Keeping the structure as they embark on a WorldSBK journey, can they keep the success flowing?

Another rider who returns to the Championship after wildcard appearances last season is Frenchman Christophe Ponsson, who will compete for Gil Motor Sport – Yamaha in 2021. Lucio Gomes will be his crew chief throughout the season as he embarks on a full-season campaign with the Yamaha RZF-R1.

Garrett Gerloff (GRT Yamaha WorldSBK Team) will continue working with Lez Pearson for his second season in WorldSBK after the combination helped Gerloff to three podiums in his rookie season. Kohta Nozane will be joining the team and will work with Andrea Oleari in his rookie campaign, with Oleari having worked with Loris Baz in MotoGP™ previously.

Lucas Mahias (Kawasaki Puccetti Racing) will partner with Mick Shanley in 2021 as Shanley comes into the team for 2021. Shanley brings a multitude of experience from various championships including 250cc World Championship, 500cc World Championship and MotoGP™ as well as helping win two riders’ titles in national British competition. In 2020, Shanley worked with Loris Baz at Ten Kate Racing Yamaha as the Frenchman took four podiums for the Independent outfit. Another rookie, Loris Cresson (TPR Team Pedercini Racing) will have Luca Orsenigo as his crew chief as he embarks on his rookie campaign, while teammate Cavalieri’s crew chief has not been confirmed yet.

WorldSBK’s youngest rider, Axel Bassani (Motocorsa Racing), will have Francesco Saverio Reale as his crew chief for the upcoming season. Reale. At Orelac Racing VerdNatura, who will compete with Spanish rookie Isaac Viñales in 2021, the crew chief will be Michele Ducoli. Ducoli worked with 2010 WorldSBK Champion Carlos Checa and two-time World Champion Max Biaggi, while he recently worked with Leandro ‘Tati’ Mercado.

New team RC Squadra Corse, one of two BMW satellite teams on the grid, will race with Eugene Laverty in 2021 and the Irishman will have Paolo Piazza as his crew chief. At Team GoEleven, Chaz Davies will work with Pete Jennings following the Brit’s switch from the BMW Motorrad WorldSBK Team where he worked with 2013 Champion Tom Sykes, with Jennings and Davies both bringing a wealth of experience to the team.

Along with Cavalieri’s crew chief at Orelac Kawasaki, the MIE Racing Honda Team have yet to confirm their crew chiefs for the upcoming season. With the new season rapidly approaching and testing scheduled throughout March, these positions could be confirmed at a moment’s notice!