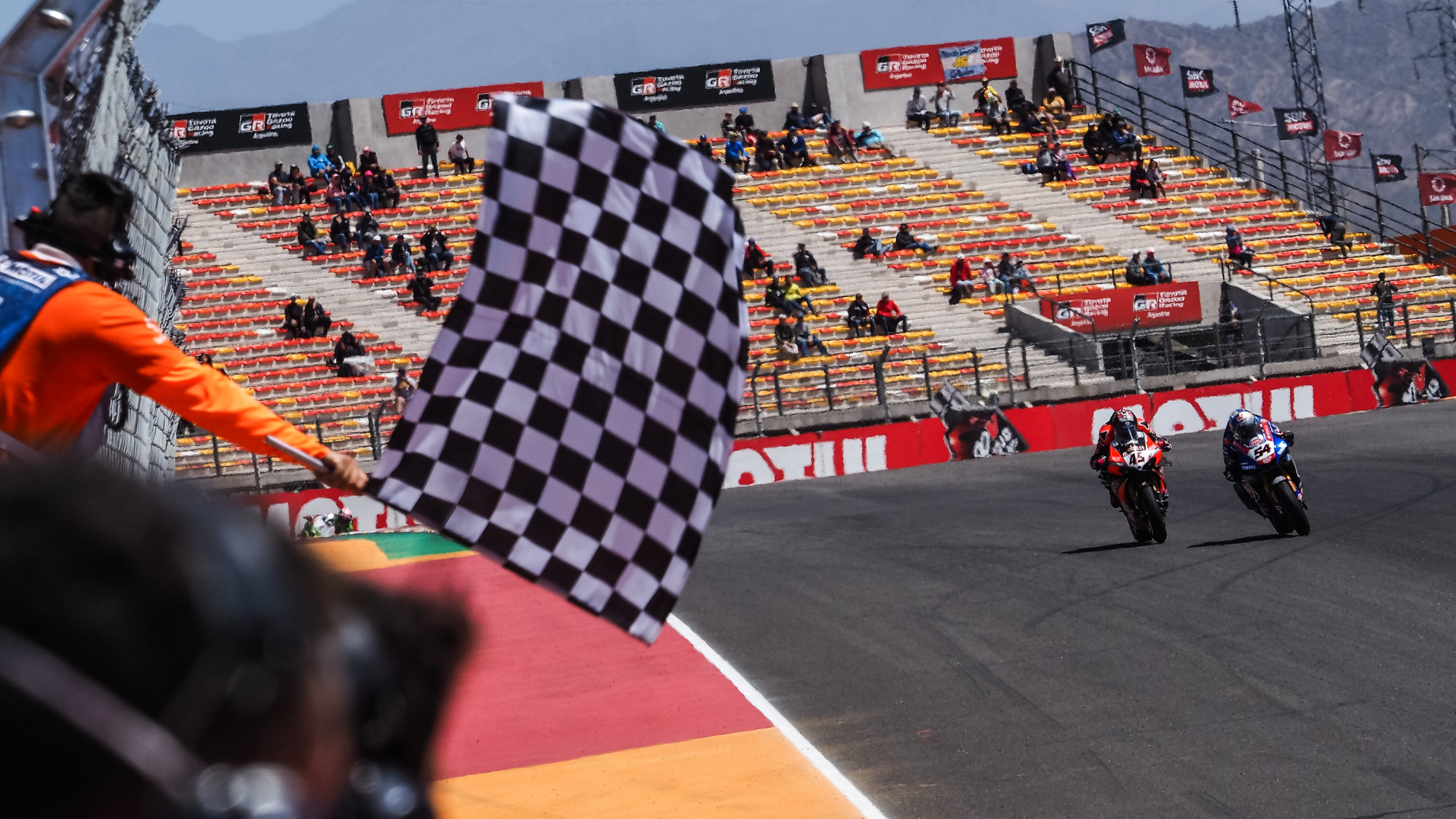 The MOTUL FIM Superbike World Championship continued to thrill throughout the Motul Argentinean Round as the 10-lap Tissot Superpole Race was decided by a drag race to the finish line at the Circuito San Juan Villicum with Toprak Razgatlioglu (Pata Yamaha with Brixx WorldSBK) and Scott Redding (Aruba.it Racing – Ducati) dicing it out for Superpole Race honours.

RAZGATLIOGLU AND REA ON THE MOVE

Toprak Razgatlioglu (Pata Yamaha with Brixx WorldSBK) once again claimed the lead of the race into Turn 1 after leapfrogging polesitter Scott Redding (Aruba.it Racing – Ducati) while Jonathan Rea (Kawasaki Racing Team WorldSBK) was straight into podium contention from fifth on the grid and immediately battling with Razgatlioglu and Redding.

At the end of Lap 3, Redding lost ground to Razgatlioglu after running wide at the final corner, allowing Rea to put pressure on the Ducati rider while the Turkish star was able to extend his lead at the front of the field. Redding was able to spend a few laps recovering the time to Razgatlioglu before putting pressure on the race leader with the battling right until the line; Redding looking to make a move into Turn 6 and 7 but Razgatlioglu responding to hold on to the line by just 0.046s. Razgatlioglu claimed his 13th win of 2021 with Yamaha taking their 350th podium placement. Redding claimed second for his 20th podium this campaign with Rea settling for third; the trio starting Race 2 from the front row. The results of the race mean the title race can only be decided in the season-closing Indonesian Round.

As in Saturday’s Race 1, Axel Bassani (Motocorsa Racing) lost ground at the start of the race but was able to fight back to claim fourth place, his best dry-weather result, in the Superpole Race after passing Alex Lowes (Kawasaki Racing Team WorldSBK) in Lap 3; Lowes would drop back to ninth in the closing stages of the race.

Michael van der Mark (BMW Motorrad WorldSBK Team) and Andrea Locatelli (Pata Yamaha with Brixx WorldSBK) once again battled it out on track with the Dutchman coming out on top to claim fifth place, with Italian rookie Locatelli in sixth and one second back from van der Mark.

THE THIRD ROW FOR RACE 2

After topping Warm-Up on Sunday morning, Garrett Gerloff (GRT Yamaha WorldSBK Team) claimed seventh place after making progress from his starting spot, with Michael Ruben Rinaldi (Aruba.it Racing – Ducati) in eighth place; the Italian had battled his way up the order before losing a couple of spots in the latter stages of the race. Lowes will complete the third row after finishing ninth. 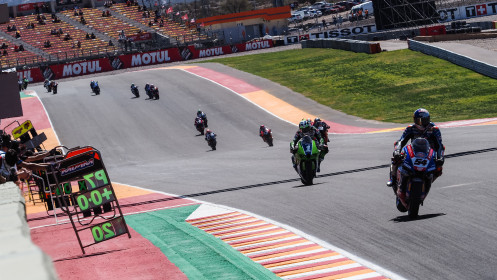