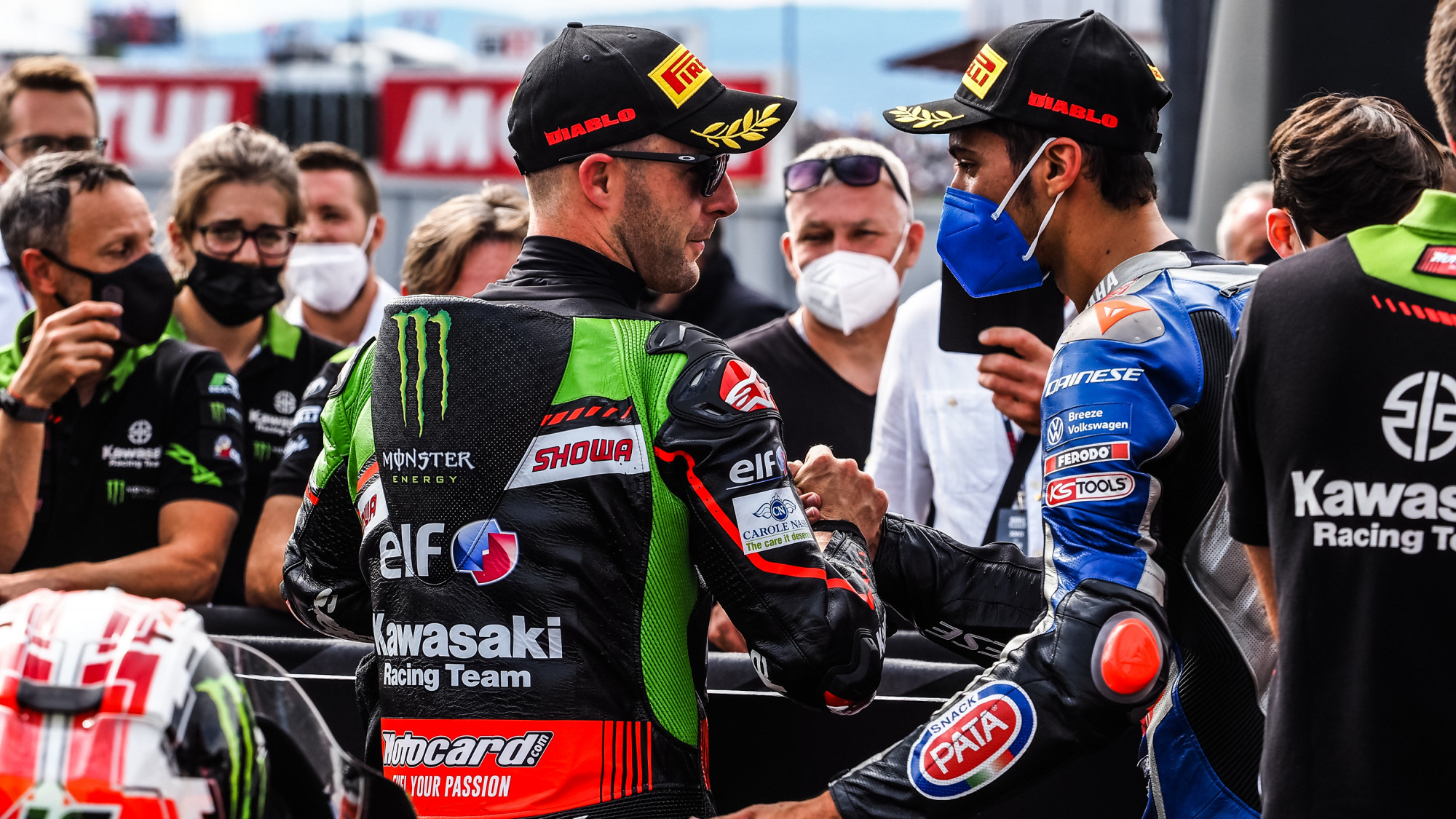 Razgatlioglu and Redding closed in on Rea by 34 and 31 points respectively, as the Championship leader had his lead clamped down on

It was a 37-point gap between Jonathan Rea (Kawasaki Racing Team WorldSBK) and Toprak Razgatlioglu (Pata Yamaha with BRIXX WorldSBK) coming into the Tissot Czech Round, but leaving the event, the gap is just three. A phenomenal weekend for Toprak combined with a comparatively disastrous weekend for Rea means that the title race in the 2021 MOTUL FIM Superbike World Championship has taken a totally different direction after Most.

Race 1 was arguably the most pivotal, as Rea crashed not once but twice, the second one wiping him out of the race as he and his bike cart-wheeled through the gravel. Then, it was Razgatlioglu’s turn to deal a bigger blow, as he got ahead of Redding at Turn 20 (with Rea watching from the outside of the corner) to close the gap to just 12 points. Then, a further nine were taken across the Superpole Race and Race 2, resulting in a marginal three-point lead for Rea.

Talking about the weekend and his progression back into serious Championship contention, Razgatlioglu said: “For me, this has been an incredible weekend, my team did an incredible job. Two wins and a second place are so good. In the last race, we made a change with the suspension set-up but in the race, I don’t feel good. I tried to follow Scott and I tried to keep the rear tyre, but after some laps I felt the bike chattering and the rear tyre grip drop. I said, ‘OK, second is enough for me’ because we take incredible points for the Championship.”

Speaking about the difficulties of the weekend, Rea maintained his optimism and explained his tyre decision in Race 2, that went against the grain of Redding and Razgatlioglu: “I went with the hard tyre in Race 2, the conservative option. Maybe it wasn’t the right option with hindsight. It’s a very long Championship and I prefer to finish there, as that was the position we could fight for. Maybe with the softer tyre, I could’ve fought for the win or second place, but I could have easily dropped the tyre off a cliff.”

Making huge gains as he got back into title race contention was Scott Redding (Aruba.it Racing – Ducati), with the British rider trailing by 81 points to Rea coming into the round but leaving just 50 behind. Two second places and a Race 2 win saw him close in a whopping 31 points on Rea in the title race, reigniting his chances, even if he is still a fair way behind.

However, this is WorldSBK, and anything can happen, with Redding keeping calm on the standings: “I’m not thinking about the title; I let that ship sail after I crashed out at Estoril and then had a terrible Donington Park. I was getting a little bit uptight about it and stressing, but in the end, I’m not gaining anything. I take every weekend as it comes and if I can’t win and go to third, then that’s how it will be. As long as I know I leave every weekend knowing I tried by best, then I won’t be going away stressing and bringing that to the next round. I came here like I did to Assen: relaxed and chilled and do what I do best. I had the bike underneath me to do it this weekend, and that makes it easier.”

How much closer can it get in 2021? Find out in style with the WorldSBK VideoPass!