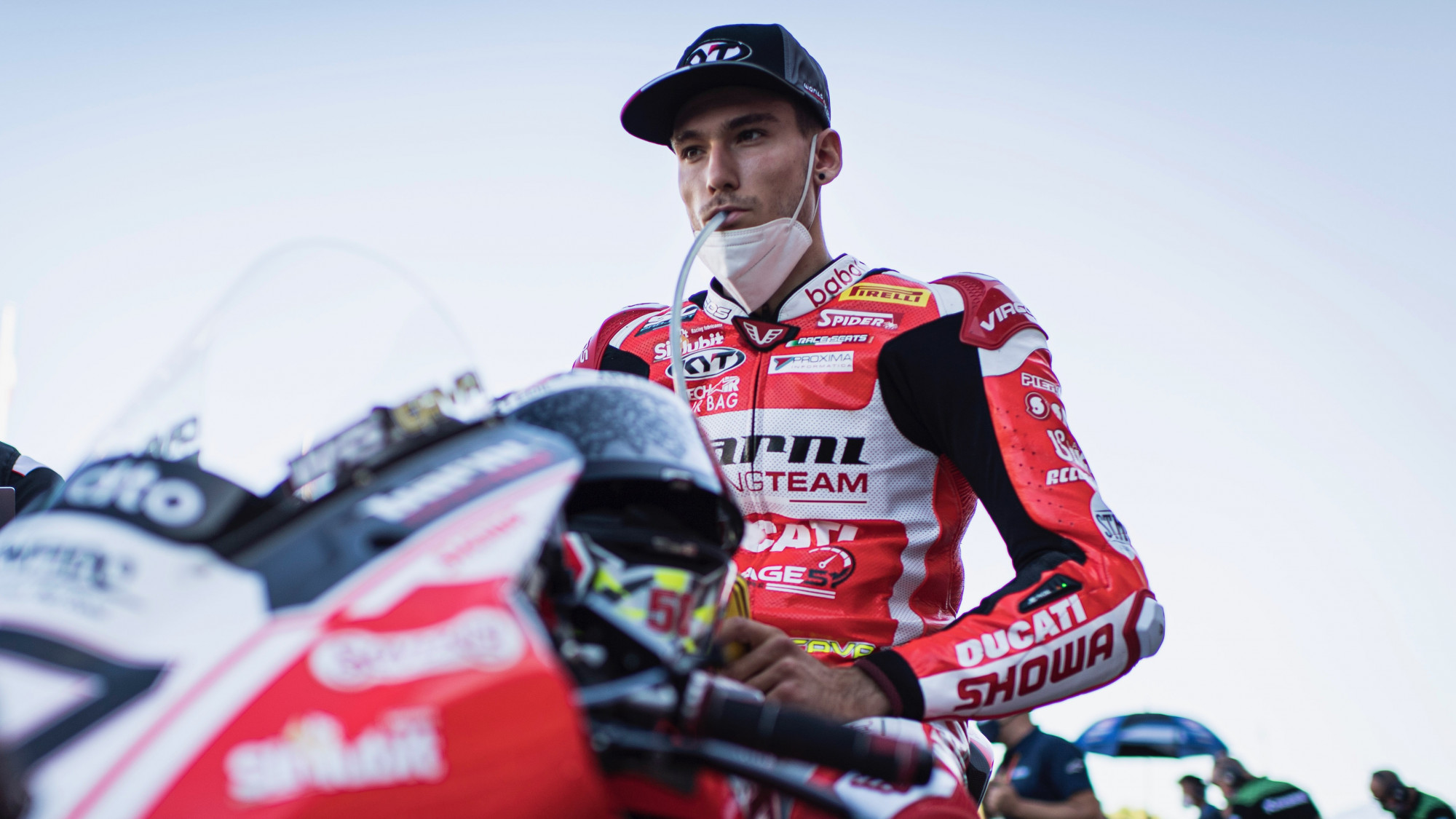 The Italian rider had previously raced for the Barni Racing Team in the 2020 season including at the Circuit de Barcelona-Catalunya, just missing out on points finishes in his six races last season. His nine races in 2021 proved to be more challenging with five retirements from nine races and a best finish of 17th. Cavalieri has shown points-scoring pedigree before when he made his WorldSBK debit in 2019 when he linked up with Motocorsa Racing, taking two 13th places at the Misano World Circuit “Marco Simoncelli”.

With Tito Rabat and Barni Racing Team agreeing to part ways by mutual consent following the conclusion of the Motul French Round, a seat became available at Barni Racing Team with Cavalieri returning to the Ducati Panigale V4 R. The 24-year-old has shown strong pace when competing in his native Italy, taking second in the 2020 Superbike championship in CIV.

Samuele Cavalieri said: “This is the opportunity I have been waiting for. First, I want to thank Barni for the opportunity. Obviously, a special thanks goes also to my family and my sponsors who have made this happen. I will have five rounds left and there will be time to get the bike comfortable for my riding style. The fact that I already know the team, which is practically the same as last year, will be an advantage, but the most important thing is to work methodically and not be in a hurry. The first goal will be to adapt as quickly as possible, to ride without pressure improving race by race.”

Marco Barnabo, Team Principal at Barni Racing Team, added: “We choose Samuele because he already raced with us, but above all because I think it is the right moment for his career. He is young, but he has already gained experience in WorldSBK and I think he still has room for growth. This experience could help him to take the decisive step. Coming into the Championship at the middle of the season is not easy because he will face riders who already have lots of races on their bikes, but for this reason every step will be very important, and every result will taste even sweeter.”