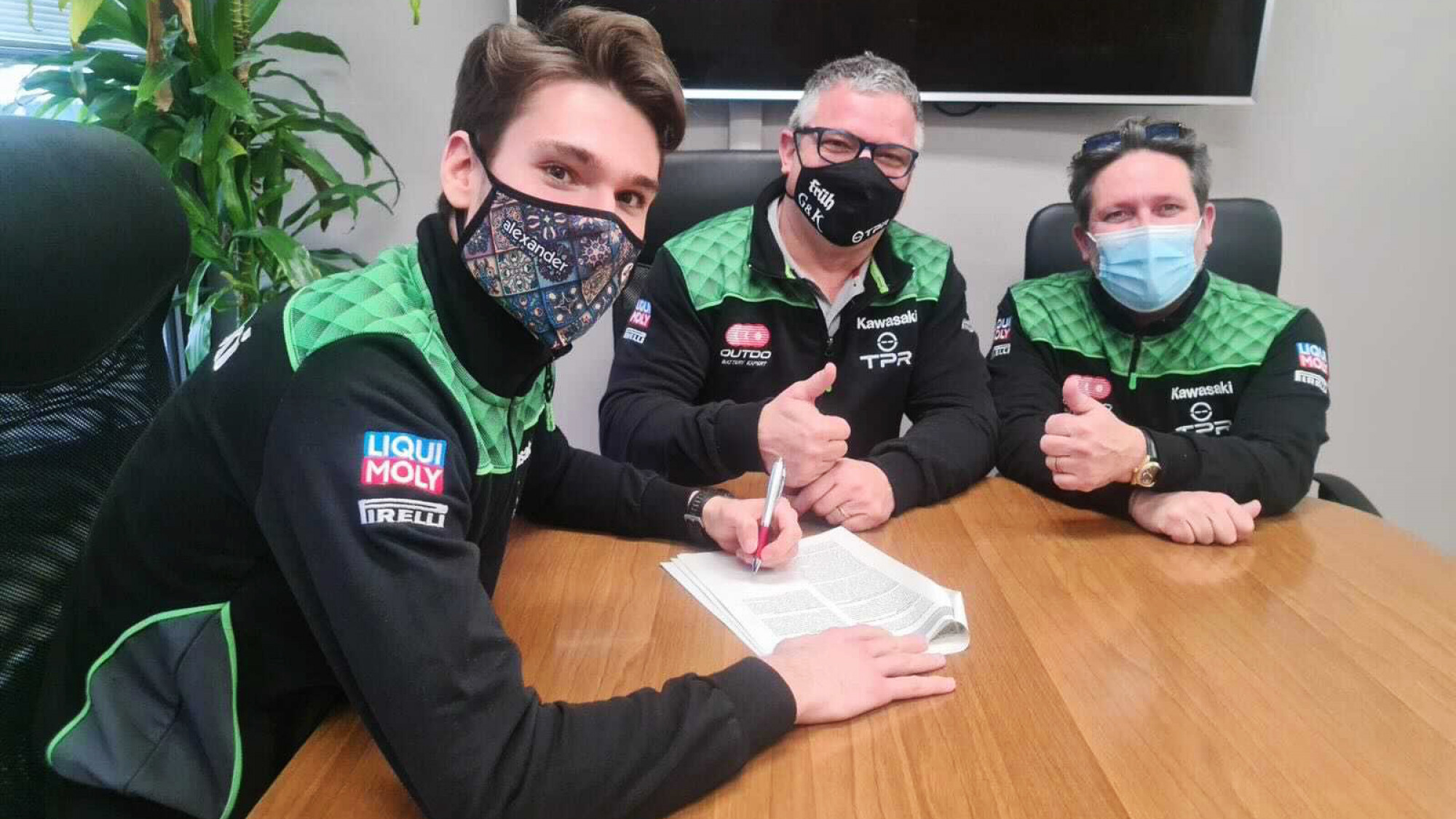 Growing their efforts back to two bikes, Samuele Cavalieri becomes the ninth rookie on the World Superbike grid for 2021 as he readies himself for his first full season

Italian youngster Samuele Cavalieri is the latest addition to the 2021 MOTUL FIM Superbike World Championship grid as he completes an all-rookie Pedercini Kawasaki outfit. The Italian team, who will also run Belgian ace Loris Cresson in 2021, expand their operations and presence in the 2021 WorldSBK paddock to two bikes, something they’ve not done on a full-time effort since 2016. With Cavalieri just 23-years-old and his teammate Cresson just 22, they are two of the youngest riders in WorldSBK in 2021, with only Axel Bassani (Motocorsa Racing) younger than both at 21.

Cavalieri first debuted in WorldSBK back in 2019 as a wildcard at Motocorsa Racing at the Misano World Circuit “Marco Simoncelli” and scored two 13-place finishes. He was also a substitute rider in 2020 for the Barni Racing Team but failed to get on the score board. With a full campaign on Kawasaki machinery on the horizon, Cavalieri will look to make progress throughout the course of the season. Having been CIV Superbike runner-up in 2020 with numerous podiums, he’ll hope to develop his skills further on the world stage this season coming aboard the new ZX-10RR.

Excited for his first full season, the 23-year-old from Bologna in Italy said: “I am incredibly happy and excited to be joining Team Pedercini Racing for my first full season in World Superbike. It will be my first season with Kawasaki. They have launched a new bike which we will have, and I am curious to try it as soon as possible.

“The first goal is gain experience as there are a lot of circuits that I have never seen, only on the PlayStation. It is important to take things step by step and improve the performance. Thanks to the team and to Lucio for giving me this opportunity and to all the sponsors who have made it possible.”

Commenting on the expansion to two riders and welcoming Cavalieri into the team, team owner Lucio Pedercini said: “I am happy to welcome Samuele to the team alongside Loris for 2021. To have two young riders in the team has, for a long time, been my idea and I am sure that they will both help each other. When I arrived in the World Superbike paddock in 1998 for the first two years, I was alone, but from 2000 we ran with three riders until 2016, when we ran with two.

“For me, two young riders in the team was my goal and I will do my best to help them improve and progress with their racing careers as we need to see new, young talent coming through. It’s also good to have an Italian rider in the team. Samuele is a talent, he finished second in the Italian championship behind Lorenzo Savadori, who I know very well, as does everyone within the team. Samuele is the best choice for us to join Loris for this exciting new season and we can’t wait to begin our adventure together.”

With Cavalieri joining the grid, he becomes the ninth rookie on the grid in a year which will see many a fresh face grace the racetrack. Along with this, it expands Kawasaki’s presence in the field, something that will be crucial for the Japanese manufacturer as they will use the all-new Kawasaki ZX-10RR in the World Superbike Championship this year.

Enjoy what promises to be an unmissable record-breaking season full of action and drama with the WorldSBK VideoPass!