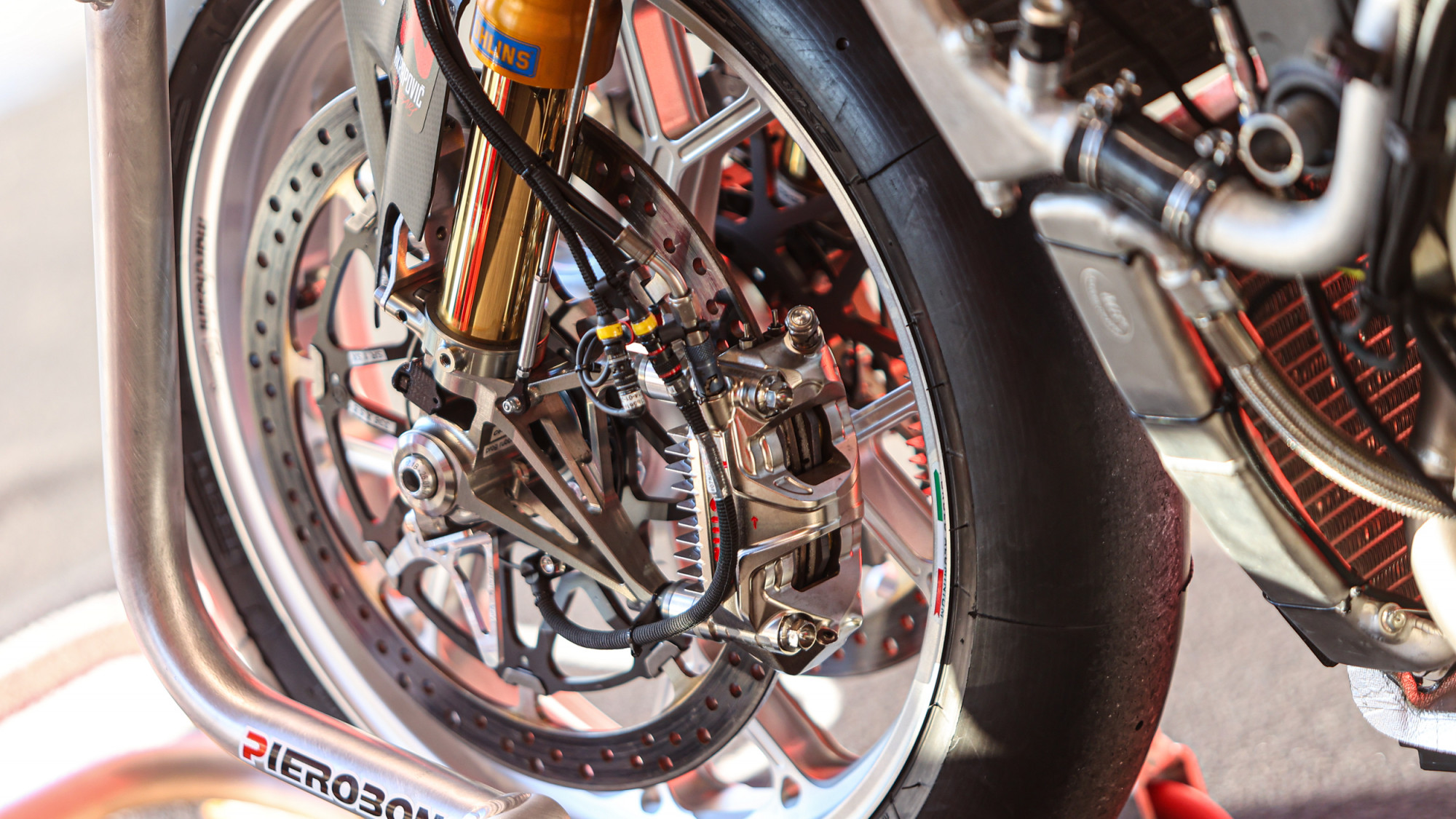 The entire grid will be looking at ways to increase performance throughout the season, with Brembo a key aspect of this for a lot of the paddock

Manufacturers in the MOTUL FIM Superbike World Championship are always looking to innovate and develop to get the best out of their package in order to secure the ultimate prize in production-based motorcycle racing. This applies to brake specialists Brembo too, with the Italian company heading into their 34th season of supplying braking materials and parts to the majority of the WorldSBK grid.

In testing throughout the winter and ahead of the 2021 WorldSBK campaign, manufacturers up and down the grid including Ducati, Kawasaki, Yamaha and Honda have been trying out some new callipers from Brembo in order to get the best out of their brakes in all conditions, but also for performance on the straights, designed to reduce the drag generated by avoiding contact between pads and discs; ensuring unwanted force is not created that slows down the bike. The calliper also allows each rider to adjust braking torque with the riders generating a force added to the hydraulic pressure on the pistons.

Brembo have also been innovating with their brake discs, with an expectation from the company’s engineers that two types will be the focus of the 2021 grid. A 338.5mm diameter steel disc is available for the most severe braking circuits on the grid, while a 336mm diameter disc will likely be used for less demanding circuits when it comes to braking. Additionally, there is a steel vented disc which aims to improve the cooling of the disc with an increased heat exchange, with this system expected to be the most demanding such as Donington Park, the Circuit de Barcelona-Catalunya and the Circuit de Nevers Magny-Cours.

Exiting out of corners is a vital part of setting the best lap time in WorldSBK, or preparing to overtake a rival on track, and Brembo have helped in this regard too with the master cylinder. A button on the left-hand side of the bike’s handlebars riders is designed to manage the delivery of engine torque under acceleration. There is also a variant of this by Brembo now with a “push and pull pump”, operated by either the thumb or index finger depending on the choice of the rider. This pump requires a slightly different setup on the bike if it is operated by the index finger, a rotation of 180 degrees compared to using it with the thumb, but both versions have the same goal: to increase modulation and grip on the lever during deceleration.

Brakes are not the only way Brembo have been innovating ahead of the 2021 season with Marchesini wheels set to be used by around 70% of the grid this season. Made of forged aluminium, the wheels help save weight for the machines using them which improves handling through the acceleration and turning phases. The riders using Marchesini wheels will have a choice for the front wheel, using either five-spoke Y wheels or seven-spoke light wheels, while only the latter is available for the rear wheel.