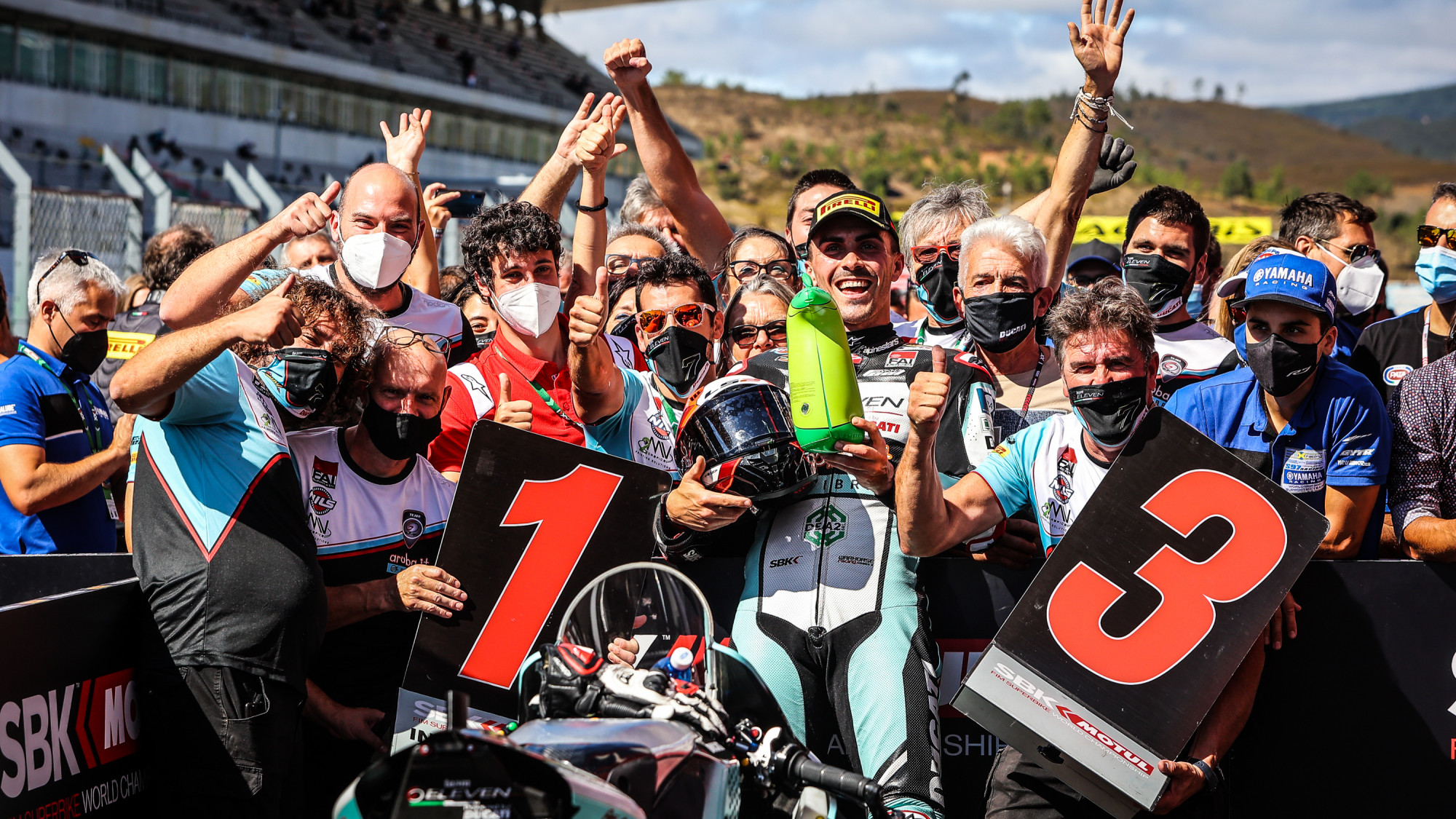 The 2021 MOTUL FIM Superbike World Championship has burst into life during the Motul Portuguese Round as the Autodromo Internacional do Algarve played host to one of the most incredible battles of the season. However, behind the title fight that was up at the front, there was a magical story for Loris Baz (Team GoEleven), who found himself in the podium fight and in just his third race back in the Championship as a substitute rider for the injured Chaz Davies, Baz was back in third place.

Baz has looked good since he jumped back on WorldSBK machinery, with sixth and ninth place in Race 1 and Race 2 respectively at the Circuito de Jerez – Angel Nieto before securing Team GoEleven’s second podium of the campaign with third in Race 1 in Portimao to claim the 19th podium of his career, taking advantage of a last-corner crash for Alvaro Bautista (Team HRC) in the 20-lap race for his first podium since his home French Round in 2020.

Last week at Jerez, Baz admitted his WorldSBK return as a bit like a holiday and this theme continued on Saturday in Portimao despite his incredible result in Race 1. Baz said: “I can’t believe two weeks ago, it was the end of my season. Then I had a call, I jumped on a flight and today I was on the podium. It’s been a tough year for me. I enjoyed riding this bike so much here and I tried to do the best job, replacing Chaz is never easy. I had a strong weekend. That’s my holiday and it’s the best holiday I’ve ever had!”

While the title battle, and battle for the win, was raging out in front, there was an incredible five-way scrap for third place brewing before various incidents and errors narrowed down the potential podium finishers to just Baz or Bautista, with Baz claiming third place after Bautista’s last lap-crash.

Discussing the podium battle, Baz added: “I knew I had strong pace, so I just tried to put my pace and save my tyre, same as I did in Jerez, but it didn’t pay off there. I knew here, with the long last corner, it could pay at the end. I had a big battle with Alvaro, and I could see he was really on the limit with the front tyre. I just tried everything on the last lap, but he was still in front, and then he made a mistake. I think I did a good job trying to put pressure on him. It’s been a fantastic weekend and we have two more chances.”