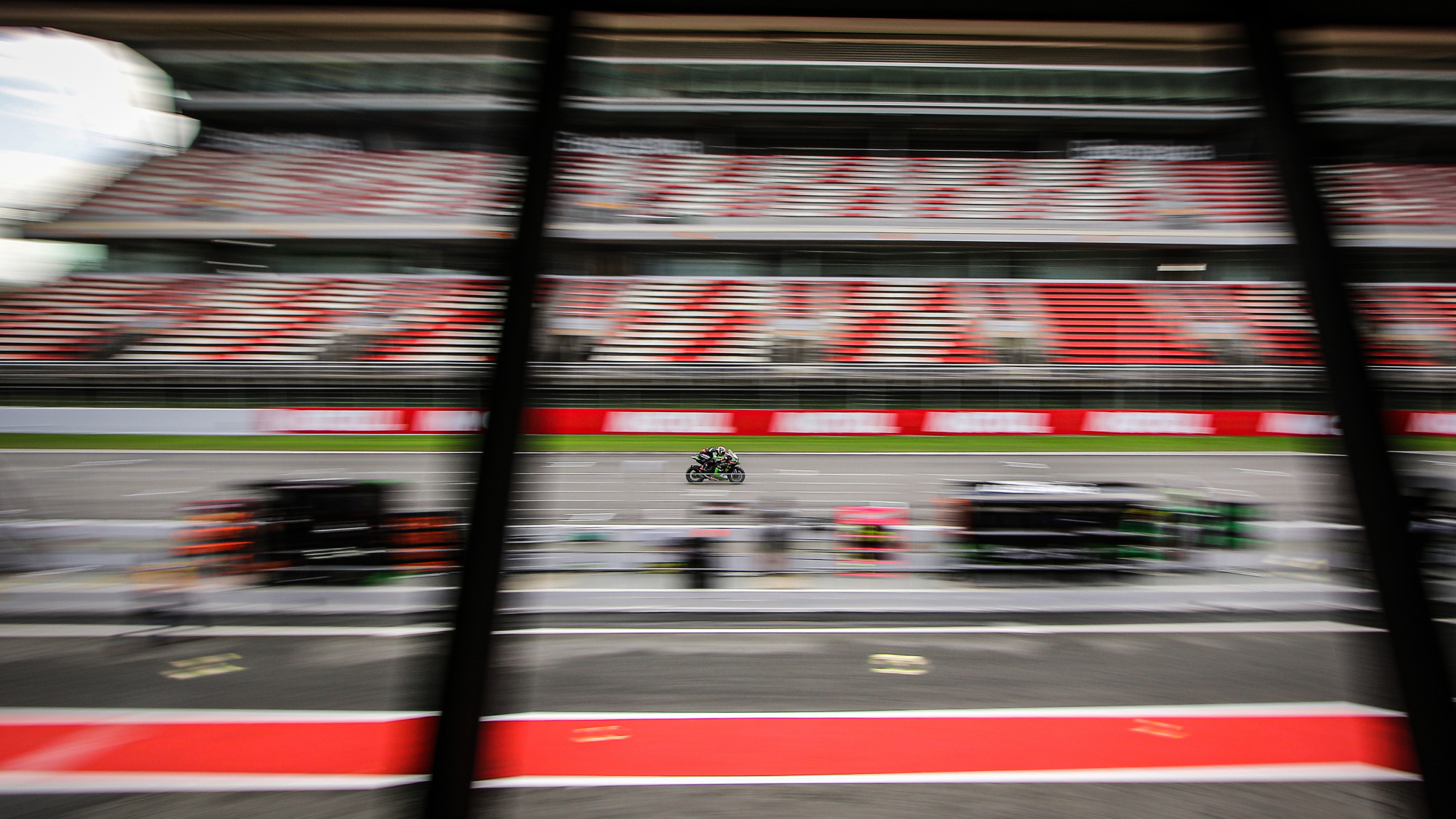 The 2021 MOTUL FIM Superbike World Championship promises to be another stunning season of high-octane drama and for the first time this year, all of the factory teams will be on-track together. The Circuit de Barcelona-Catalunya is the perfect test bed, with fast straights, tight hairpins, esses and long radius corners, combined with hard braking and acceleration areas, meaning that testing here really is valuable. 2021 is about to ignite, with another dramatic season in prospect.

Starting with the reigning World Champion, Jonathan Rea (Kawasaki Racing Team WorldSBK) will be back on his new ZX-10RR for the first time since Portimao at the start of March. Almost a month later, the six-time Champion will be looking to rekindle his feelings with the bike, of which the latest addition for Rea was winglets on the tail section. With Rea returning to the track, teammate Alex Lowes doesn’t have to wait so long, as he was on track at Jerez just two weeks ago, albeit after a lengthy absence due to a shoulder injury in training.

Dressed in red, the Aruba.it Racing – Ducati outfit will also hit the track at Catalunya, as they aim to continue their testing programme through the preseason. Scott Redding was fourth at the last test at Misano, as he tried new Brembo front brake calipers whilst also focusing on making the bike his own and gelling with it better. On the other side of the garage, Michael Ruben Rinaldi blasted to the top at Misano on day two, showing that he has exactly what it takes to shine. Both riders tried the new Brembo front brake calipers at Misano and the team will continue to try and get their noses ahead of the opposition in Spain, too.

One of the biggest talking points in the paddock is the Yamaha evolution and the strength of the PATA Yamaha WorldSBK Team. Toprak Razgatlioglu started the Misano test on top and finished second overall, as he got to grips with a modified front fairing which featured a redesigned air intake. He also tried out the new front brake calipers and will hope to use the hard braking areas of Catalunya to work on stopping the bike and turning, one of the biggest issues he faced in 2020. His rookie teammate Andrea Locatelli (PATA Yamaha WorldSBK Team) will also be on track and having placed fifth overall at Misano, his aim will be to continue honing his skills on the Superbike.

Team HRC have been testing recently too, although not at Misano; they opted to head to the south of Spain and the Circuito de Jerez – Angel Nieto, with Alvaro Bautista and Leon Haslam having plenty to get their heads around as they look to move forward. With team manager Leon Camier now settling into his role, the outfit will once again look to prosper; the Circuit de Barcelona-Catalunya was the first time the new Honda led a race in 2020 with Alvaro Bautista in the Tissot Superpole Race. Now back at the circuit, how will they stack up in comparison to the rest of the field?

There’s a certain enigma surround the BMW Motorrad WorldSBK Team, as the team only took to the track with the M 1000 RR at Jerez last week. With Tom Sykes and new teammate Michael van der Mark completing over 200 laps each across the three-day test and working on a whole host of chassis configurations, new engine components and updated electronics. Shaun Muir, team principal, hailed the progress the team has made, an exciting prospect for the upcoming Test.

The battle for the Independent teams will be fierce in 2021 and in all probability, will likely be more towards the head of the field than ever before. Garrett Gerloff (GRT Yamaha WorldSBK Team) has looked sublime in preseason testing and the American was inside the top three at the Misano test aboard the 2021 Yamaha. His teammate Kohta Nozane will also be in attendance at the Catalan Test, as he continues to adapt to the Pirelli tyres of WorldSBK. the Welshman Chaz Davies (Team GoEleven) remains aboard Ducati Panigale V4 R machinery, just in an Independent team. Yet to turn a wheel in 2021, this will be his debut on-track and having been a race winner at Catalunya in 2020, he aims to pick up where he left off. Satellite BMW duo Jonas Folger (Bonovo MGM Racing) and Eugene Laverty (RC Squadra Corse) will also be at the track; Folger made his WorldSBK debut there in 2020 whilst Laverty enjoyed his best result of last year at the venue.

Other Independent riders in attendance include Tito Rabat (Barni Racing Team), as the ex-MotoGP™ star aims to make big strides forward following on from the Misano test. Another Ducati rider who was on the pace and impressed greatly at Misano was Axel Bassani (Motocorsa Racing), with the youngest rider on the grid aiming to challenge strongly at Catalunya in the next two days.

More rookies include Isaac Viñales (Orelac Racing VerdNatura), who will continue his adaptation to the WorldSBK bike at a circuit he knows well. Likewise on Kawasaki machinery is Samuele Cavalieri (TPR Team Pedercini Racing), who will debut for the team in 2021 at Catalunya, giving us a first look at the Italian youngster on the ZX-10RR, albeit the 2020 model. Christophe Ponsson (Alstare Yamaha) will also be on track during the test as he and the team look to continue their growth, whilst Leandro Mercado (MIE Racing Honda Team) will enjoy his test debut with the Honda Fireblade CBR1000RR-R SP.

Enjoy all of the action in World Superbike in 2021 with the comprehensive WorldSBK VideoPass!