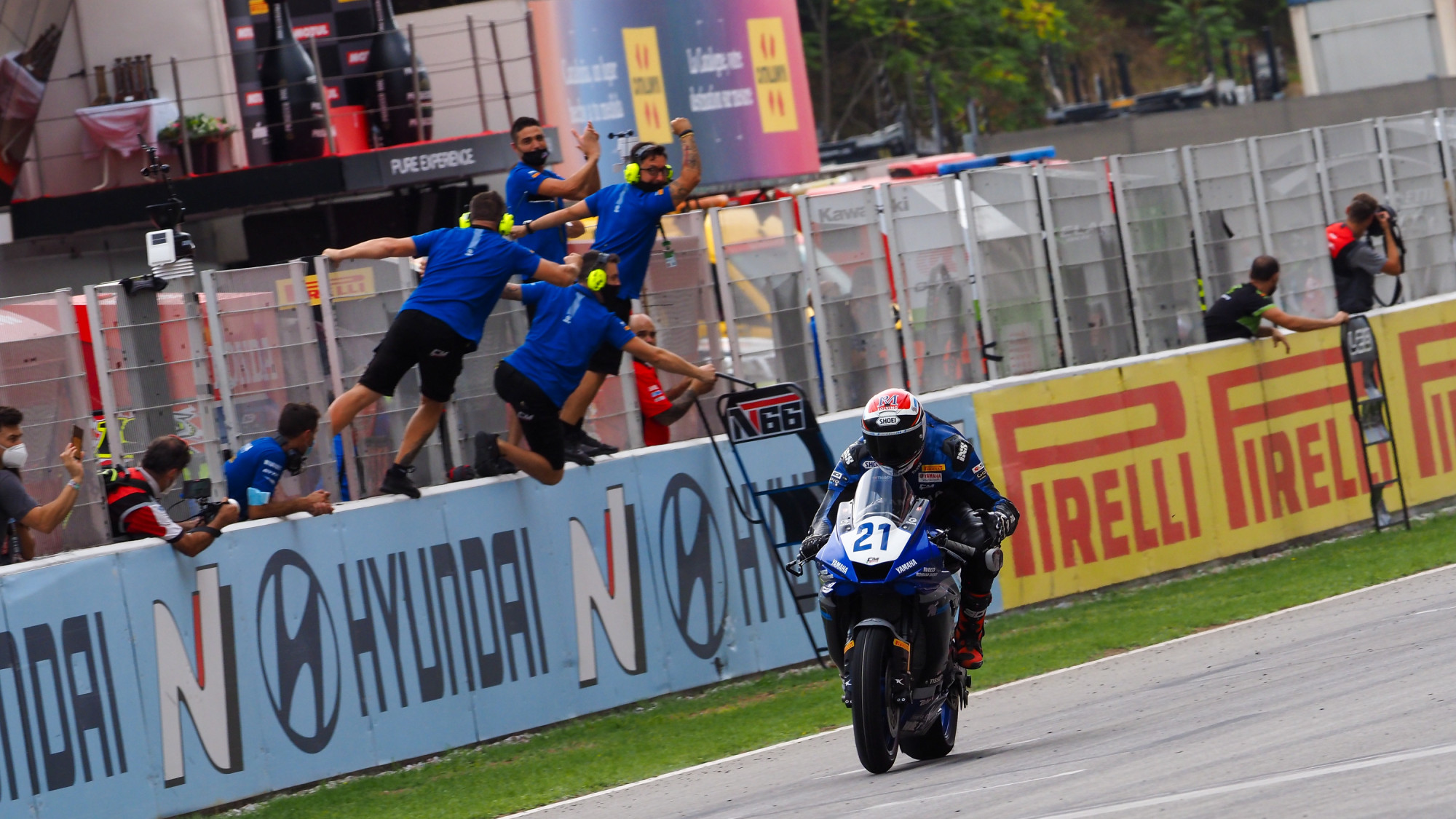 After two years away from the top step of the podium in the FIM Supersport World Championship, Randy Krummenacher (CM Racing) was back on top after a rain-affected Race 1 at the Circuit de Barcelona-Catalunya for the Hyundai N Catalunya Round after switching tyres in the early stages of the race.

Only two riders opted to stay out at the end of Lap 2 when the entire field pitted with One Event rider Loic Arbel (Andotrans Team Torrento) and Shogo Kawasaki (G.A.P. MOTOZOO Racing by Puccetti) opting to stay out. While they gained track position initially, the switch of tyres proved to be the better strategy with Steven Odendaal (Evan Bros. WorldSSP Yamaha Team) coming out of the pits first. It was announced that Odendaal would be one of a handful of riders to be punished for a pit lane intervention time infringement, with Odendaal having 25.845s added to his race time. Riders were required to stay in the pit lane for 1’21s.

Krummenacher was able to pass Odendaal on track and went on to build a gap of around 16 seconds at the end of the 18-lap encounter with Spanish rider Manuel Gonzalez (Yamaha ParkinGo Team) able to take advantage of Raffaele De Rosa (Orelac Racing VerdNatura) passing Odendaal into Turn 9 to move into second place, with De Rosa third. Although Odendaal crossed the line in fourth, Odendaal was classified eighth after the penalty was applied. Victory for Yamaha machinery means they have now claimed 110 victories in WorldSSP and Gonzalez’s second place makes it 300 podium placements for the Japanese manufacturer.

ÖNCÜ REMAINS IN THE TOP FIVE

Turkish star Can Öncü (Kawasaki Puccetti Racing) started the race from tenth place but soon find himself leading the race at Turn 1 after an incredible start, with Öncü finishing the race in fourth place after a late-race battle with teammate Oettl. Oettl was another who was penalized for a pit intervention time infringement, with 1.995s added to his time.

Arbel was the only rider who stayed out of the pits throughout the race and, despite losing time on slick tyres as the track was wet but drying, finished in sixth place in his first race in the Championship, finishing less than a second behind Oettl in the final classification. Hannes Soomer (Kallio Racing) had a strong race as his comeback from injury continues finishing in seventh place, ahead of Odendaal.

Odendaal’s teammate, Peer Sebestyen, was eight seconds back from Odendaal in ninth place with Glenn van Straalen (EAB Racing Team) tenth on his return to the Championship, replacing Krummenacher at EAB Racing with 2019 Champion Krummenacher standing in for the injured Bernardi at CM Racing.

Federico Caricasulo (Biblion Iberica Yamaha Motoxracing) was the highest placed WorldSSP Challenge rider with 18th place, as he stands in for Maria Herrera who is competing the MotoE™ World Cup. Michel Fabrizio (G.A.P. MOTOZOO Racing by Puccetti) put in some incredibly fast laps towards the end of the 18-lap race, to set the fastest lap and set a new lap record at the Catalan venue.

Andy Verdoïa (GTM94 Yamaha), who won in similar weather conditions last year, was forced to retire from the race after a collision with Eduardo Montero Huerta (DK Motorsport) in the early stages of the 18-lap race. Montero Huerta had been given a double Long Lap Penalty for a jump start, along with Leonardo Taccini (Orelac Racing VerdNatura) and Takala (Both Verdoïa and Montero Huerta were both taken to the medical centre for a check-up following the collision. David Sanchis Martinez (WRP Wepol Racing) retired from the race after starting from the pit lane due to a tyre pressure infringement on the grid, while Luigi Montella (Chiodo Moto Racing) also did not finish the race. 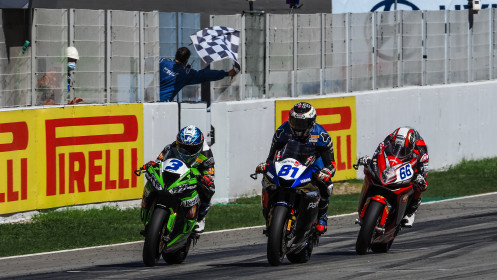 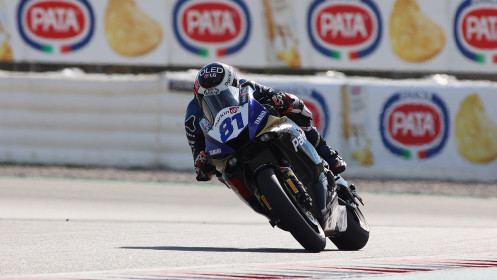 The new breed versus the established guard: a battle royale awaits in Barcelona 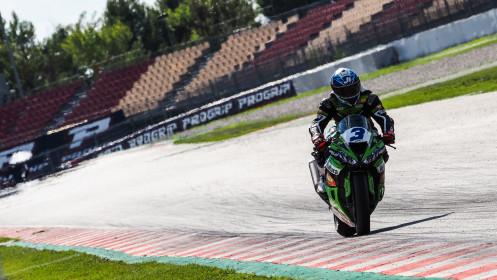