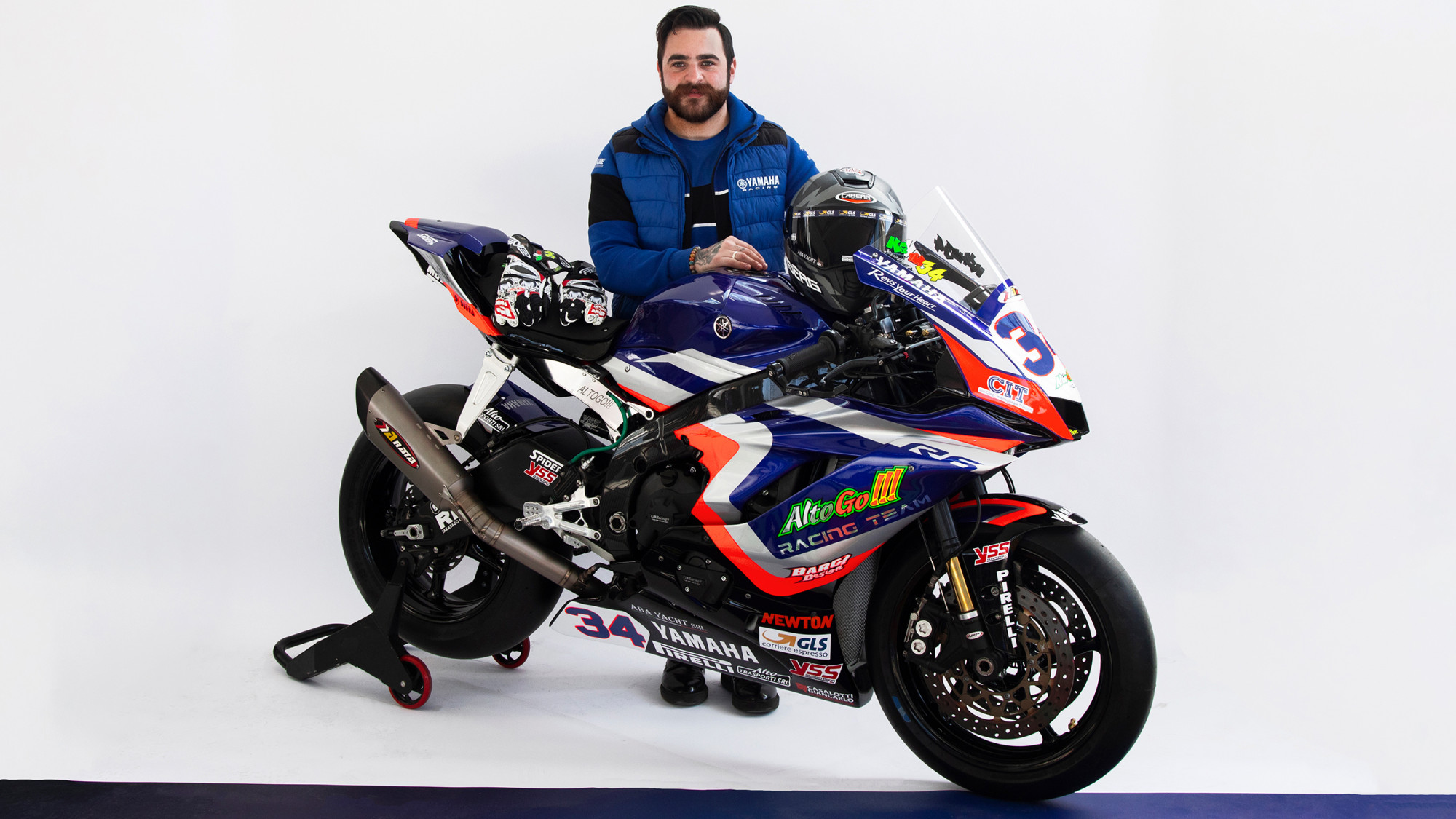 Aiming to retain their WorldSSP Challenge Champions status, the Altogo Racing Team have unveiled a bold new livery for the 2021 FIM Supersport World Championship. The Italian outfit, which features Kevin Manfredi, aim to defend their crown and with the Yamaha YZF-R6 machinery at their disposal once more, the #34 of Manfredi hopes to be in the fight for success in both the WorldSSP Challenge and in the overall Championship once again.

Based in Monza, the team’s new eye-catching design features the modern-day Yamaha blue, combined with the classic Yamaha colours of red and silver. The team enjoyed great successes in 2020, with Manfredi not only taking the crown in the WorldSSP Challenge but also achieving a top five finish overall in Race 1 at the Circuit de Barcelona-Catalunya and the Circuit de Nevers Magny-Cours, as he mixed it amongst the major names of the Championship.

Speaking of the year ahead, Manfredi is excited about the future with the team: “I'm thrilled to continue with Altogo's colours, a team that has so much passion and desire and this can make the difference. Thanks to the agreement reached with this team as a substitute, we achieved important goals in a short time and with fewer races than my opponents, thus becoming WorldSSP Challenge Champions.

“An exciting title for all of us that added to the excellent World Championship results such as the fifth places in Magny Cours and Barcelona, has allowed us, together with our sponsors and partners, to continue the adventure together. 2021 will not be an easy year as reconfirming is always difficult, but we'll try our best as always. I'm happy with how the tests went, where we confirmed the work done in the winter. I can't wait to be at the first race of 2021, and I thank the whole team for what they are doing for me”.

Team principal Giovanni Altomonte is equally as excited, saying: “After an uphill start to 2020, which ended with the victory of a prestigious international title, I’m very confident for 2021, which will not catch us unprepared. In the season's tests Kevin showed us that he is in a very convincing state of physical and mental fitness. I have a lot of confidence in him and I'm convinced that he will give us many emotions.”

Find out whether or not the team can retain their title and watch all the races LIVE and OnDemand with the WorldSBK VideoPass!