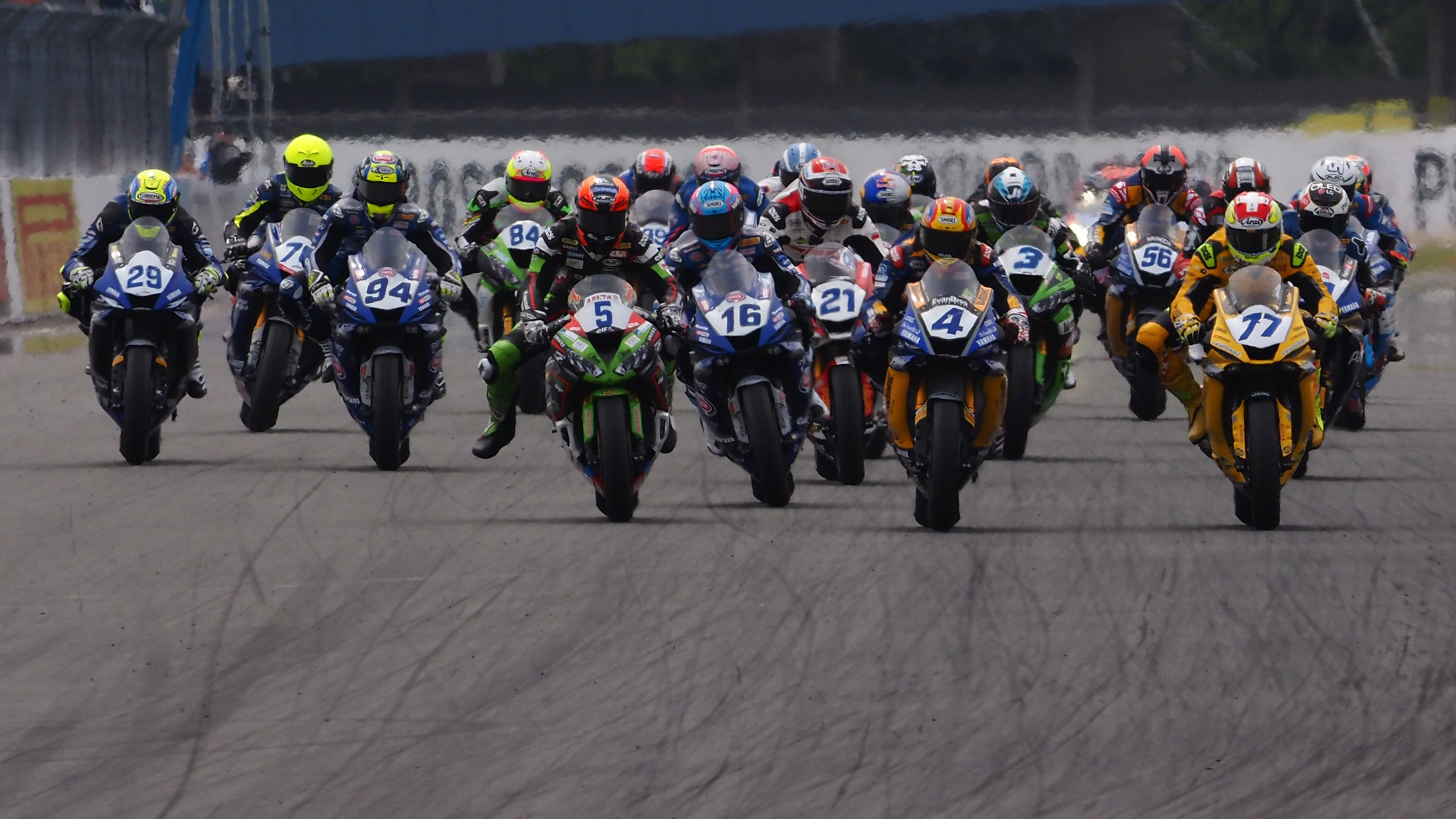 A new circuit provides new challenges for the FIM Supersport World Championship as the paddock heads east to the Czech Republic for the first time since the 2018 season and the Autodrom Most, with the circuit making its debut on the WorldSSP calendar, with Swiss rider Dominique Aegerter (Ten Kate Racing Yamaha) heading into the Tissot Czech Round with five consecutive victories.

CAN ANYONE END AGERTER’S RUN?

A new venue has the potential to throw up plenty of surprises as the weekend progresses. With just two practice sessions before diving straight into Tissot Superpole, the work completed on Friday is crucial to setting up the entire weekend. In the last five races, Aegerter has won all five, a winning streak that puts him second in the all-time list and only behind Andrea Locatelli, on nine – but it has not been easy for him. Last time out at Assen, he withstood challenges from both Philipp Oettl (Kawasaki Puccetti Racing) and Steven Odendaal (Evan Bros. WorldSSP Yamaha Team) as both looked to end his winning run. Aegerter has opened up a 44-point lead over Odendaal in the Championship and, with the season approaching the halfway stage, Odendaal and Oettl will need to start getting on top of Aegerter sooner rather than later. Aegerter completed a track day at the Autodrom Most, while Odendaal and teammate Peter Sebestyen completed a test day at the Czech track.

Although Oettl has become a regular podium contender throughout his two seasons in WorldSSP, the German rider is still chasing his first win in the class. Oettl ran Aegerter close in the first half of Race 2 at Assen and will be hoping to push him even further at Most as he looks to become the third victor of the 2021 campaign and hope to move up from third in the standings. Spanish rider Manuel Gonzalez (Yamaha ParkinGo Team) has come close to his first podium in WorldSSP after making a step forward in 2021 with seven top-six finishes out of eight races in 2021, and nearly always in the lead group. Could the unpredictability of a new venue provide Gonzalez, who successfully underwent surgery for compartment surgery, the perfect opportunity to take his first WorldSSP podium? If Gonzalez secures points finishes at Most, his run of races in the points in WorldSSP will stand at 25 and equal the all-time record, set by Roberto Rolfo between Jerez 2013 and Phillip Island 2016.

A BERNARDI BOUNCE BACK ON THE CARDS?

Sitting fourth in the Championship standings, Luca Bernardi (CM Racing) has been one of the revelations of the 2021 campaign. The Sammarinese rider has claimed three podiums in 2021, all second places and all behind Aegerter, but the Prosecco DOC Dutch Round proved to be a more difficult affair for the 19-year-old. He was only able to secure tenth in the Tissot Superpole session and fell down to 12th in Race 1. Race 2 was a better result for Bernardi, with fifth, and only two seconds away from a podium. The Sammarinese rider will be hoping he can qualify better at Most to try and re-join the podium celebrations.

A team of massive success in WorldSSP, GMT94 Yamaha will have a new line-up at Most with Jules Cluzel being joined by Valentin Debise. Federico Caricasulo, who joined the team for the 2021 season, and GMT94 Yamaha parted company by mutual consent with Debise has tested for the team following his success in the French championship at Magny-Cours and also brings with him some recent WorldSBK experience having competed in two rounds in 2020. It’s been a difficult campaign for GMT94 Yamaha so far with Cluzel yet to finish higher than third place, and the team only taking one pole position when Caricasulo went fastest at Estoril. The team will be hoping Most marks a turning point in their campaign, and they can return to the top step of the rostrum. On top of the new line-up, Patrick Hobelsberger will make his WorldSSP return with the team in the Czech Republic as a one event rider.

OTHER STORIES TO NOTE

After claiming his first podium since returning to the Championship, Randy Krummenacher (EAB Racing Team) will be hoping he can repeat his result at Assen to show it wasn’t just a flash in the pan, but a regular occurrence throughout the remainder of the 2021 season. Marcel Brenner will replace Davide Pizzoli at VFT Racing while Eduardo Montero Huerta will continue in place of Thomas Gradinger at DK Motorsport. Christoffer Bergman (Wojcik Racing Team) is scheduled to return to action after missing the Dutch Round through an injury picked up at the Estoril 12 Hours but will need to be cleared to race, as will Hannes Soomer (Kallio Racing) and Shogo Kawasaki (G.A.P. MOTOZOO Racing by Puccetti).

There are two wildcard riders scheduled to compete at the Autodrom Most with Ondrej Vostatek (Compos Racing Team By YART) and Jiri Mrkyvka (Maco Racing) joining the grid. Croatian rider Martin Vugrinec (Ferquest – Unior Racing Team) will make his WorldSSP debut as a one event rider, and in doing so will become the first rider from Croatian to compete in WorldSSP, while Eemeli Lahti (HRP Suzuki) will compete for the second consecutive event on his Suzuki machine after a solid showing at Assen.

Join in the conversation throughout the Czech Round using #CZEWorldSBK on social media and don’t miss a single moment of action from Most using the WorldSBK VideoPass!