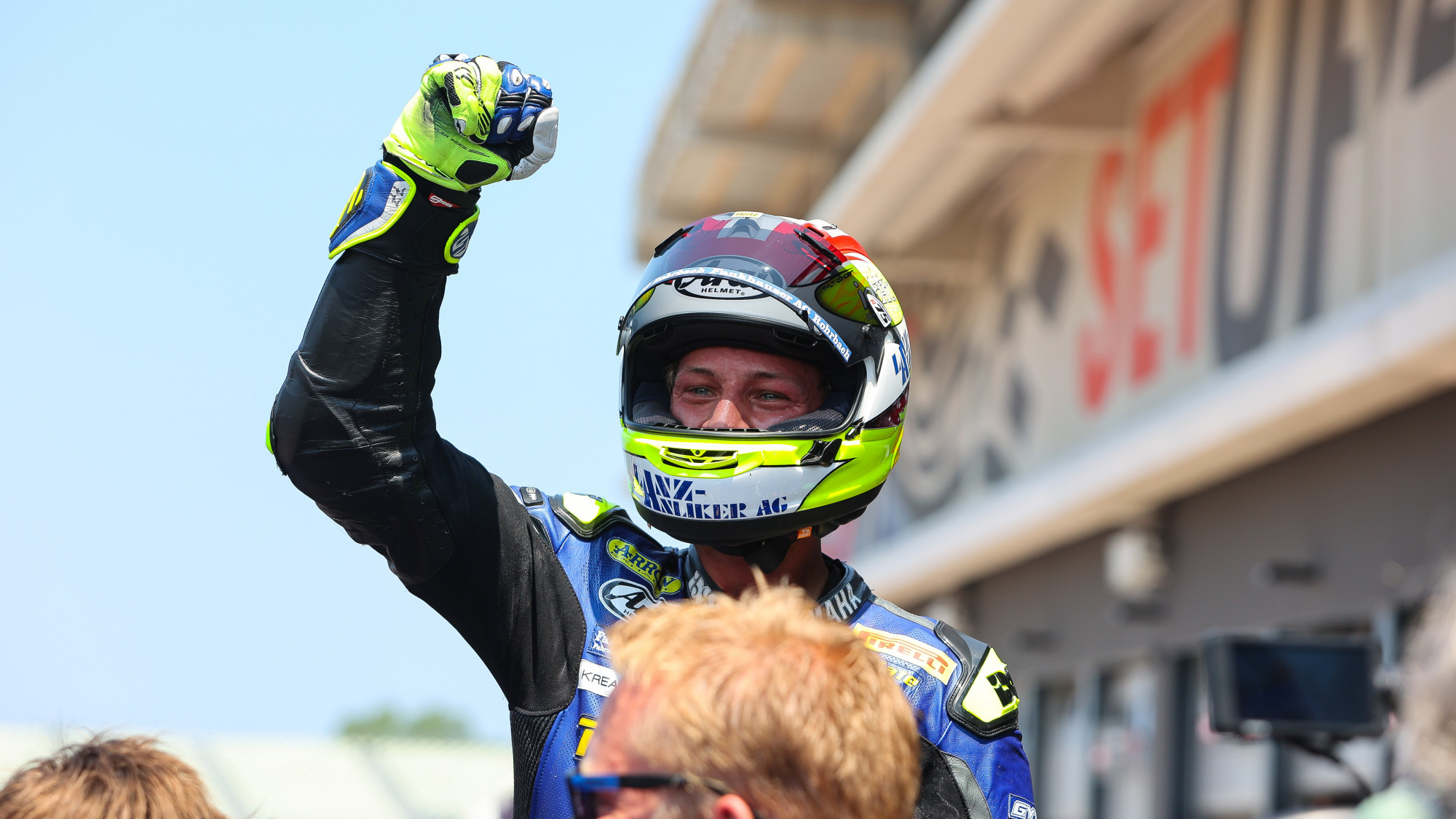 After taking a double win during the Pirelli Made in Italy Emilia-Romagna Round at the Misano World Circuit “Marco Simoncelli”, Swiss rider Dominique Aegerter (Ten Kate Racing Yamaha) claimed the lead of the FIM Supersport World Championship standings in his maiden campaign.

In Race 1, Aegerter had to fend off the charge in the early stages of the 18-lap race from the fast-starting Jules Cluzel (GMT94 Yamaha) but he held on to take a commanding lights-to-flag victory, while Race 2 was the complete opposite. Cluzel once again got a great start from fourth place, leapfrogging everyone to lead into Turn 1.

A Red Flag was deployed on Lap 7, when Cluzel was just behind Aegerter but the restart led to the same story; Cluzel getting the jump on Aegerter before South African rider Steven Odendaal (Evan Bros. WorldSSP Yamaha Team) battled to the front and crossed the line in first place, although Odendaal was handed a three-second penalty for not being able to take a Long Lap Penalty for track limits infringements. The double win means Aegerter takes a 17-point lead over Odendaal into WorldSSP’s next round at TT Circuit Assen.

Reacting to his Race 2 success, Aegerter said: “A great job from my side, but also from Ten Kate Race Yamaha. The Yamaha R6 was really fast and I could fight at the front. Sunday was more difficult than Saturday because my start was not perfect. The race was Red Flagged, and I needed to start from third place. The second race start, again, was not perfect and I was battling between fourth and sixth, and then I saw only four laps to go. I wanted to win the race, I knew I had the pace and could push. Some riders are quick on the straight, some on the brakes, so I made some clean passes that were, for sure, on the limit. I tried to finish the race in first and I just saw when I got to Parc Ferme that Steven got a penalty. I won the race, so very happy!”

Discussing his move into the Championship lead, now 17 points clear at the top of the standings following his third consecutive win, having won Race 2 at Estoril as well, the Swiss rider said: “It’s for sure nice to lead the Championship but I would like to finish the end of the season like this!” 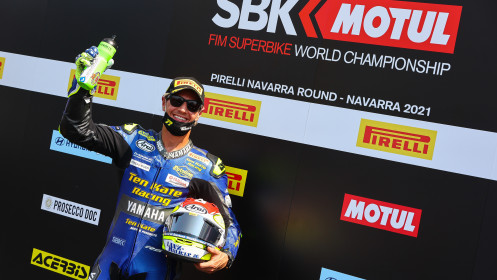 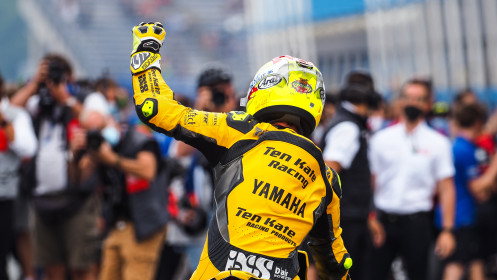 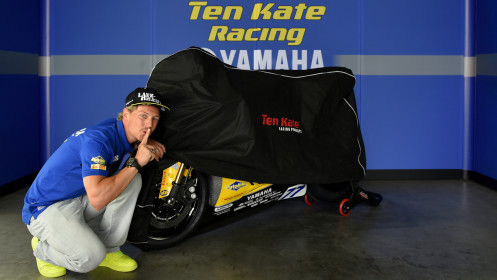 In the same resplendent colours they took WorldSSP success in back in their early days, Ten Kate Racing Yamaha will race in their iconic yellow colours for their home race at Assen.