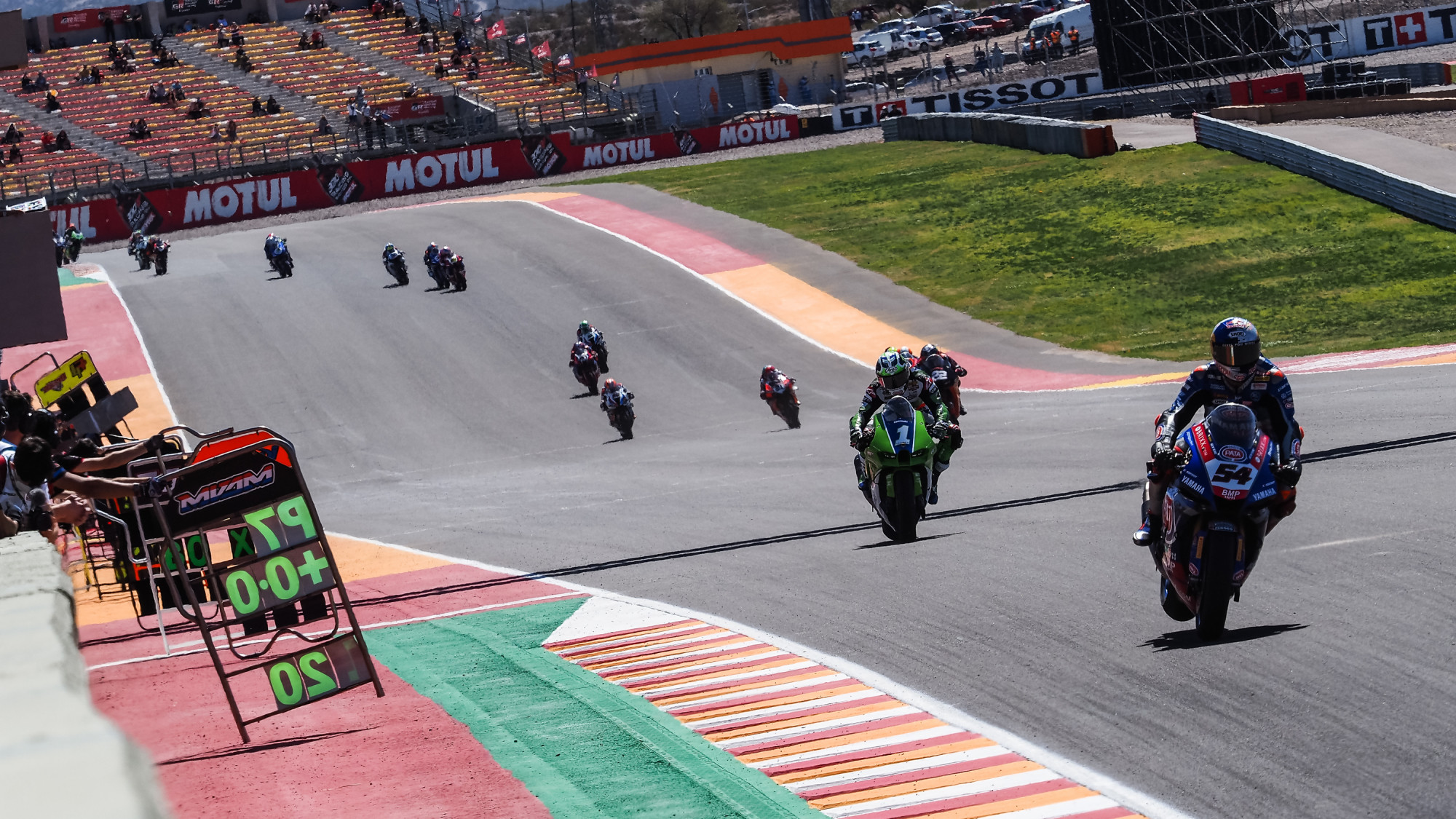 The MOTUL FIM Superbike World Championship descended on the Circuito San Juan Villicum for the Motul Argentinean Round and it was Toprak Razgatlioglu (Pata Yamaha with Brixx WorldSBK) who claimed Race 1 honours after a 21-lap encounter after transferring his scintillating Friday pace into Saturday action, claiming the 50th podium of his career on his 25th birthday.

Both Razgatlioglu and Jonathan Rea (Kawasaki Racing Team WorldSBK), decorated in a special 1990s livery to mark a special anniversary for Kawasaki, got quick starts from second and fifth on the grid respectively to lead the race into Turn 1, while polesitter Scott Redding (Aruba.it Racing – Ducati) found himself on the ground at Turn 1 after crashing, with the Briton falling to the back of the grid.

Out in front and Rea had put pressure on Razgatlioglu for the lead of the race before the Championship leader opened up the gap to Rea to just over three seconds at the end of Lap 8, with the pair holding station until the end of the race. Razgatlioglu’s win meant he claimed the 50th podium of his career while Yamaha claimed their first podium at San Juan Villicum. Rea’s second place meant he claimed Great Britain’s 810th podium, while it was only the second time Rea has not won at the Argentinean venue.

Michael Ruben Rinaldi (Aruba.it Racing – Ducati) claimed the tenth podium of his WorldSBK career with third place after passing Axel Bassani (Motocorsa Racing) at around half-distance of the race. Bassani had started from the front row for the first time in his WorldSBK career but fell back at the start before fighting back into third, before Rinaldi was able to pass him. Rinaldi’s podium was Ducati’s 980th podium in WorldSBK.

FIGHTING BACK INTO THE TOP 10

The battle for fourth raged on between Bassani and Alex Lowes (Kawasaki Racing Team WorldSBK), with Lowes, using a Top Gun-inspired livery to mark Kawasaki’s 125th anniversary, making the move through Turns 6 and 7 to move into fourth before fending off the Ducati rider down the back straight into Turn 8, with Lowes finishing in fourth place and Bassani in fifth.

Andrea Locatelli (Pata Yamaha with Brixx WorldSBK) was another who had a strong start as the lights went out but soon found himself falling back down the order as he battled with Michael van der Mark (BMW Motorrad WorldSBK Team) and Garrett Gerloff (GRT Yamaha WorldSBK); with the Dutchman claiming sixth place and Gerloff seventh. Locatelli ended the race in eighth place after starting from sixth place.

Redding ended the 21-lap race in ninth place after battling his way back from the back of the field after his Turn 1 spill, passing numerous riders to secure a top-ten finish despite the early setback, with Leon Haslam (Team HRC) rounding out the top ten after withstanding late challenges from his rivals but unable to keep Redding behind.

Look who's here! @Reddingpower is back on track and is on the battle for 10th!

Tito Rabat (Kawasaki Puccetti Racing) claimed 11th place in only his second round onboard Kawasaki machinery, finishing almost two seconds clear of Chaz Davies (Team GoEleven) who finished in 12th place. Irish rider Eugene Laverty (BMW Motorrad WorldSBK Team) moved up the order at the start of the race but fell back as the 21-lap progressed, eventually coming home in 13th place.

It was a strong showing for Samuele Cavalieri (Barni Racing Team) as he looked to claim his first top-ten finish in WorldSBK, but a late trip through the gravel meant he fell down to 14th place, four seconds behind Laverty. Japanese rookie Kohta Nozane (GRT Yamaha WorldSBK Team) claimed the final points-paying position with 15th place.

Alvaro Bautista (Team HRC) was the first retirement of the race after he had a crash at Turn 4 on the third lap of the race. Isaac Viñales (Orelac Racing VerdNatura) had shown strong pace throughout the weekend but retired from Race 1 after an early trip into the gravel at Turn 7; although he did re-join the race, he retired in the second half of the race.

The action continues on Sunday in Argentina! Follow it all from Warm-Up at 10:00 Local Time (GMT-3) using the WorldSBK VideoPass!