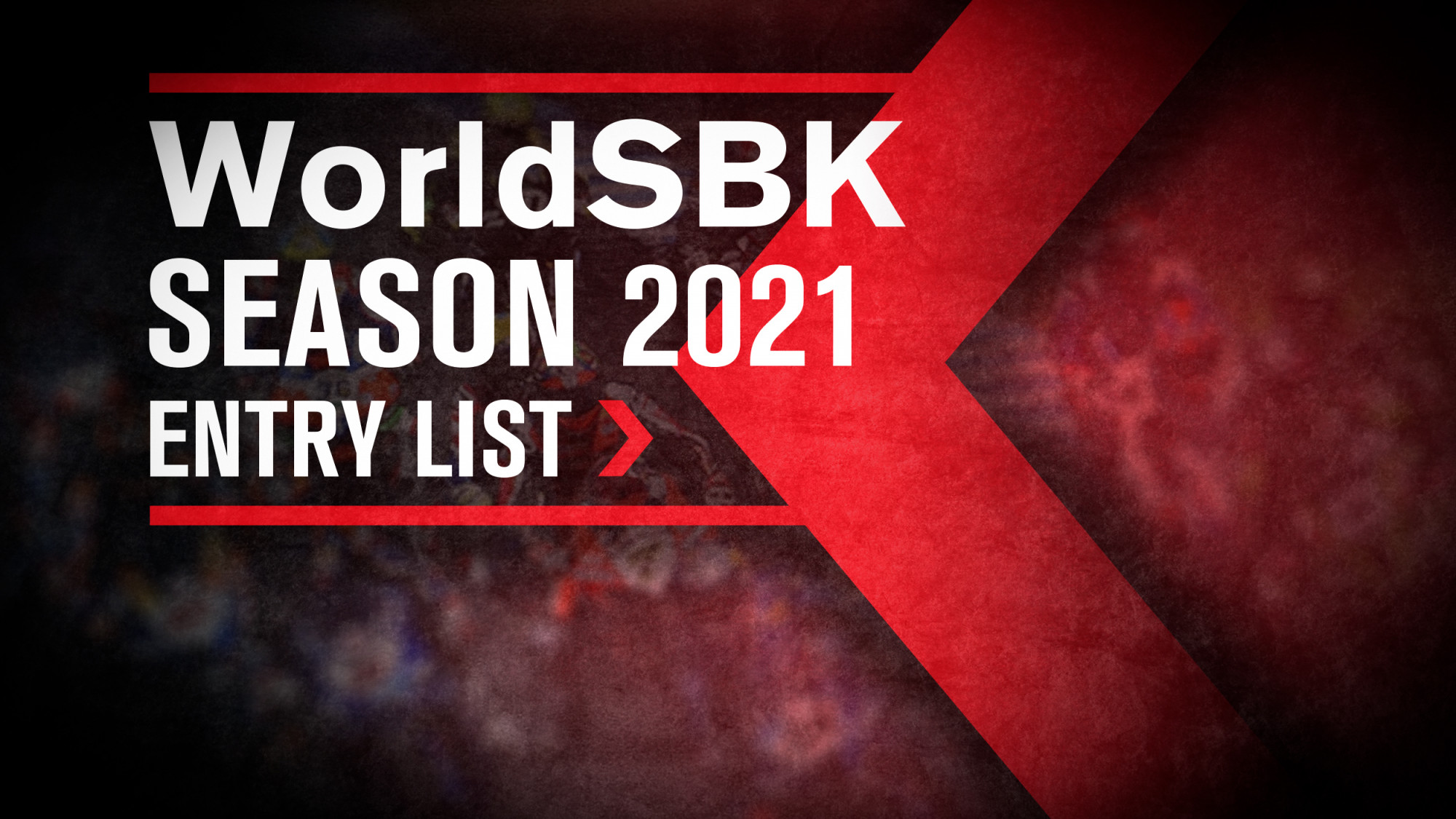 The full line-up of World Superbike protagonists has been unveiled and, with all seats filled, the season to come promises to be one of the most spectacular yet.

The 2021 MOTUL FIM Superbike World Championship will feature 23 riders across five different manufacturers, as the full entry-lists are revealed ahead of the season. More manufacturer presence from Kawasaki and BMW and nine rookies are the headlines, along with a multitude of team changes and also the opportunity for two seats to still be filled. The 2021 WorldSBK season has plenty of hype and excitement for all of the right reasons.

Remaining the same for a second season is the Kawasaki Racing Team WorldSBK, although featuring the new ZX-10RR. The defending Champions keep Jonathan Rea, who is aiming for a seventh WorldSBK title, alongside Alex Lowes. Kawasaki’s presence in the Championship has also expanded, with TPR Team Pedercini Racing fielding two brand-new ZX-10RRs with Loris Cresson and Samuele Cavalieri. The Kawasaki Puccetti Racing team promote Lucas Mahias to the class from WorldSSP, whilst the sixth and final ZX-10RR belongs to Isaac Viñales at the Orelac Racing VerdNatura team.

Moving on to the Ducati onslaught for 2021 and the Aruba.It Racing - Ducati team continue with Scott Redding for another season, whilst Italian star Michael Ruben Rinaldi gets his dream opportunity in the factory team. Chaz Davies (Team GoEleven) replaces the Italian as they switch seats, whilst Tito Rabat (Barni Racing Team) joins the WorldSBK paddock for 2021. Axel Bassani is the youngest rider on the grid for Motocorsa Racing, aged just 21.

The youngest factory team in the WorldSBK class is fielded by Yamaha. Toprak Razgatlioglu (Pata Yamaha with BRIXX WorldSBK) leads the team with reigning WorldSSP Champion Andrea Locatelli joining him - the exact same age as they share the same birthday (24). The GRT Yamaha WorldSBK Team retain Garrett Gerloff in the quest for more podiums whilst Japanese champion Kohta Nozane is alongside the American. Yamaha’s final team is the Alstare Yamaha squad, fielding Christophe Ponsson.

Honda’s factory line-up remains unchanged for 2021; Alvaro Bautista (Team HRC) heads into his third World Superbike campaign and is joined once again by Leon Haslam. In contrast to Yamaha, this is the oldest WorldSBK team by age of the riders. The manufacturer’s Independent team will be the MIE Racing Honda Team with Argentinean rider Leandro ‘Tati’ Mercado taking the sole MIE Racing seat for 2021.

The BMW effort also expands in 2021. The BMW Motorrad WorldSBK Team keep Tom Sykes for a third season, but for a third season, he has a new teammate again in the shape of Michael van der Mark - one of the earliest confirmations on the 2021 grid. The German manufacturer will also enjoy two satellite teams for the year ahead with Eugene Laverty (RC Squadra Corse) and Jonas Folger (Bonovo MGM Racing) at the helm.

In total, 12 nationalities from four continents will do battle in the premier class of motorcycle production-derived racing. With the 23-storng field now confirmed the 2021 WorldSBK season, everything is ready for a phenomenal season that begins at MotorLand Aragon on the 21st-23rd May.

Make sure you don’t miss a single lap with the WorldSBK VideoPass!