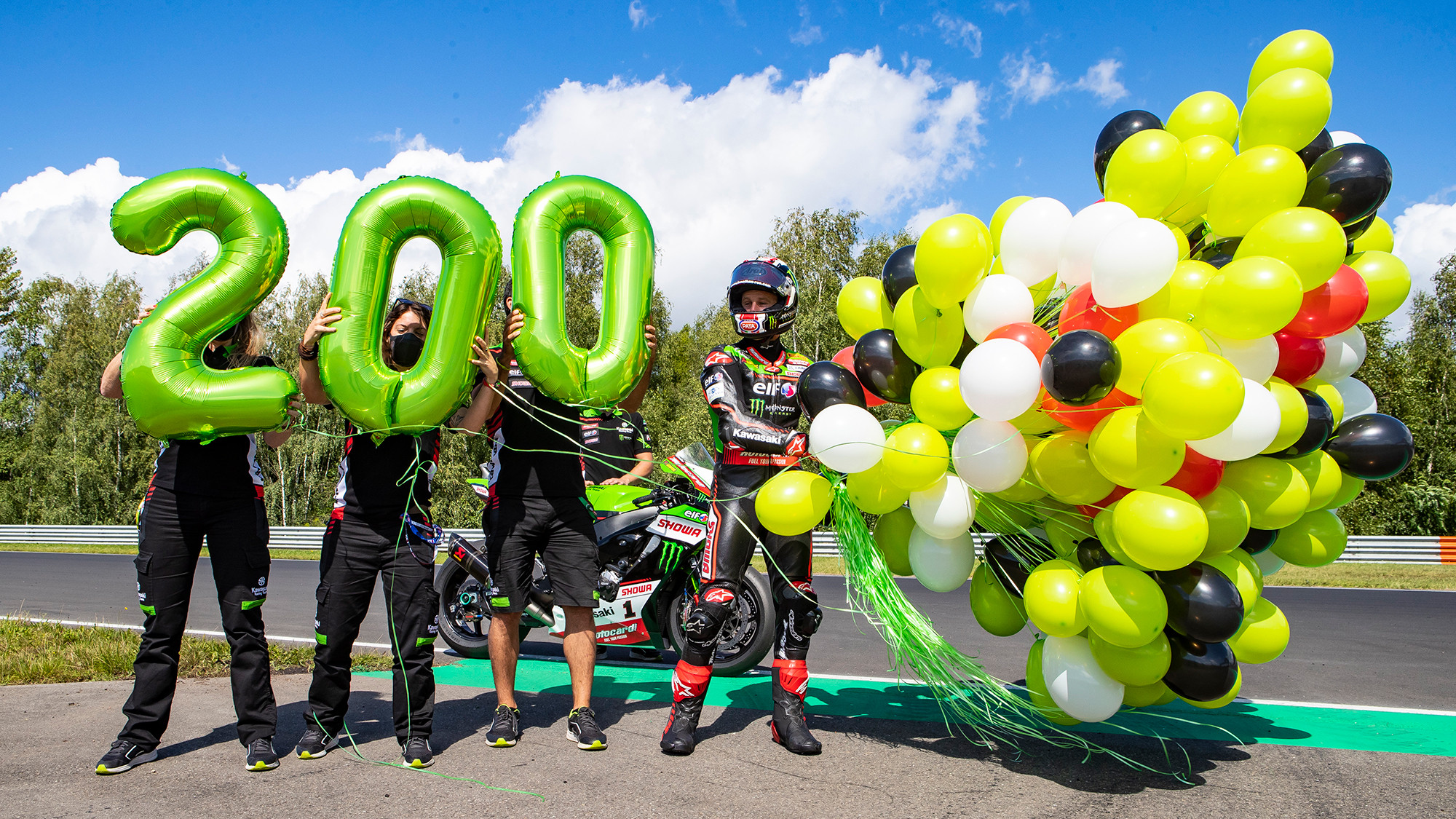 Jonathan Rea has now stood on the WorldSBK podium an incredible 200 times in his career, and we take a look at some of the numbers behind the double century

After picking up third place in the Tissot Superpole Race at the Autodrom Most, Jonathan Rea (Kawasaki Racing Team WorldSBK) has now claimed 200 podiums in the MOTUL FIM Superbike World Championship with the six-time World Champion collecting podiums in every season since his first full campaign in WorldSBK. Take a look at a statistical breakdown of Rea’s remarkable podiums record.

200 – Rea’s 200th podium in WorldSBK moves him 70 podiums clear of his nearest rival in the all-time list, also Troy Corser who claimed 130 podiums in his career.

107 – More than a century of Rea’s podiums have been when the Ulsterman has stood on the top step of the podium, with 107 victories making up his 200 podiums.

70.83 – In a Championship winning year, Rea’s lowest podium-to-races percentage stands at 70.83% in the 2020 season when he claimed 17 podiums from 24 races in a campaign heavily disrupted by the COVID-19 pandemic.

23 – With his first podium at the Autodrom Most, it means Rea has stood on the podium at 23 different venues.

21 – There are two circuits where Rea has claimed 21 podiums: MotorLand Aragon and TT Circuit Assen. At Assen, an incredible 15 of these 21 podiums have come with wins while Rea has also recorded eight victories at Aragon. It’s possible for the six-time Champion to surpass both of these circuits when WorldSBK visits Portimao later in the year; he currently sits on 20 podiums at the Portuguese venue.

3 – Up to the Tissot Superpole Race at Most, there are only three circuits in WorldSBK history where Rea has claimed a podium finish and not won a race. At Miller Motorsports Park in the USA and Kyalami in South Africa, Rea has two podiums without victory while at the Autodrom Most, Rea’s best result is third.

Congratulate Rea on his 200th WorldSBK podium using #Rea200 on social media and catch all the action from WorldSBK in 2021 using the WorldSBK VideoPass!